EU to audit funds given to NGO with alleged communist links 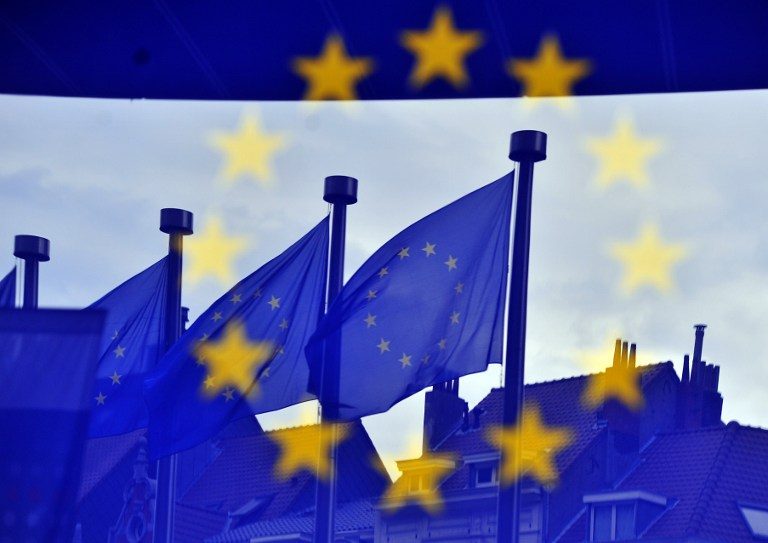 MANILA, Philippines (UPDATED) – The European Union (EU) said on Saturday, March 30, that it will audit the funds it has given to a Filipino non-governmental organization in April, to verify the claim of the Philippine government that the NGO is a front of the Communist Party of the Philippines (CPP).

The EU said in a statement on Saturday that it received documents from the Philippine government on March 28, to support the latter’s claim that the NGO funneled EU funds to communist rebels.

In February, the Philippine government had earlier sent a delegation to the EU headquarters in Brussels, Belgium, to ask the EU to stop funding alleged fronts of the CPP-New People’s Army (NPA) in the Philippines.

The EU said on Saturday that an “external company” will conduct an audit in April to validate the claims.

“On 28 March, the EU received a set of documents concerning the more specific allegations by the Government. The EU now will verify and evaluate these documents. A financial audit by an external company is due to be conducted in April,” it said.

“Should the allegations be established, the EU immediately would take full legal action,” it said.

The EU had included the CPP and its armed wing, the NPA in its list of foreign terrorist organizations since 2005, which means these groups cannot hold assets in the EU.

During its meeting with EU officials in February, the Philippine delegation asked the EU  to stop sending financial aid to the Rural Missionaries of the Philippines (RMP), which it alleged to be a CPP front.

The EU said on Saturday that  prior to its receipt of the documents on March 28, it conducted an audit of the funds it released to the NGO,  but it was not able to verify the allegations so far.

“It should be noted that so far the NGO is fully registered and continues to operate legally in the Philippines,” the EU said.

Brigadier General Antonio Parlade Jr, among the members of the delegation, had described RMP as a group of nuns who supposedly “radicalizes” children.

The RMP has strongly denied the allegations.

“This is absurd. We are not a communist organization or a communist front. We are not financing terrorist activities through our projects. Our projects are all well-documented, audited, and accounted for,” said Sister Elenita Belardo, RMP national coordinator, in a press statement on March 14.

Arevalo said “millions of pesos” in foreign aid had been funnelled to the NPA for many years using its “front organizations,” but did not elaborate further.

“We are confident that we will succeed in proving our case,” he added.

President Rodrigo Duterte terminated peace talks with communist rebels in 2017 after they refused to sign a ceasefire and stop imposing a “revolutionary tax” on businesses in areas where the guerrillas operate.

The NPA launched its rebellion to create a Maoist state in 1969, emerging out the global communist movement and finding fertile soil in the impoverished country.

Its main stronghold is in the south, but the movement also boasts a scattered presence in the central Philippines and a few areas in the north.

According to the military, the insurgency has claimed 40,000 lives.  –  With a report from Agence France-Presse/Rappler.com