‘We have lost everything’: Afghans describe deadly floods 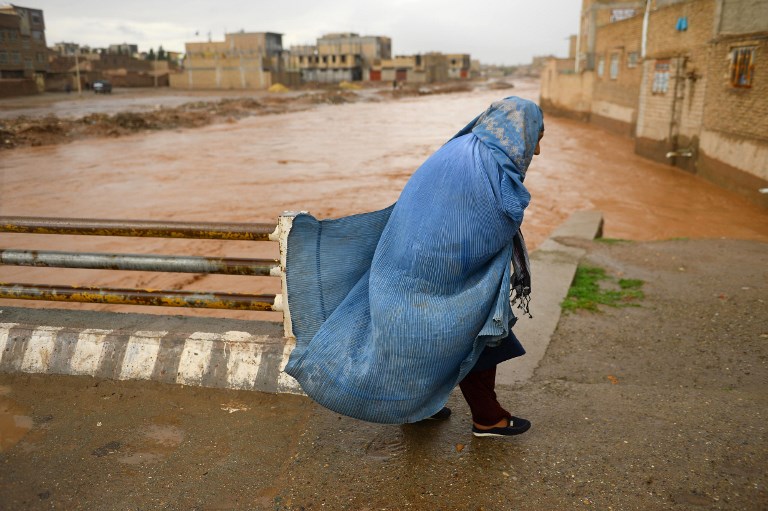 HERAT, Afghanistan – Villagers in western Afghanistan began cleaning up Sunday, March 31, after the worst floods in a decade swept away houses and forced many families – already displaced by drought – to abandon damaged homes.

Heavy rains that started early Friday, March 29, and continued for two days caused flash floods in at least 5 provinces in western and northern parts of Afghanistan, killing at least 35 people.

Aside from washing away houses, the floods destroyed some internally displaced people’s shelters and cut off access to remote villages across several parts of the country.

In Herat province in the west, at least 10 districts and some parts of Herat city were affected.

Video footage from Herat province showed crumpled cars buried deep in mud, collapsed walls, mud houses strewn with debris, fallen trees, and people trying to rescue whatever was left of their property from the mud.

“We have lost everything here and have nothing left to survive on,” Bibi Gul, a resident of Herat who had lost her house, told Agence France-Presse.

Fazel Ahmad, another resident, described a similar sense of loss.

“Cows, sheep, and even our pigeons are under the debris,” Ahmad said.

Mohammad Hanif Arbabzada said about 80% of the houses in his village were destroyed.

In all, more than 3,000 houses were either partially or completely destroyed, according to Hashmat Bahaduri, a spokesman for Afghanistan’s National Disaster Management Authority.

Earlier this month, at least 20 people were killed by flash floods caused by heavy rains that swept away thousands of homes and vehicles in southern Kandahar province. – Rappler.com