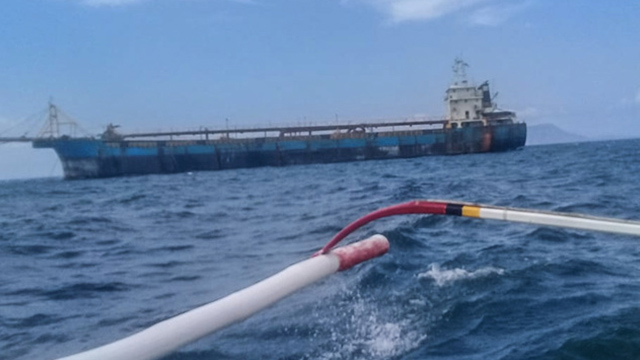 MANILA, Philippines – Opposition Senator Risa Hontiveros on Thursday, April 4, called for a Senate investigation into the presence of a Chinese dredging vessel in Lobo, Batangas.

Hontiveros filed Senate Resolution No. 1035 urging the appropriate committee to probe the issue, as well as other Chinese vessels in Philippine territories, to determine “the necessary courses of action to protect Philippine interests, sovereignty, and land and marine resources.”

Since Congress is on break, the resolution will be referred to the proper Senate panel when sessions resume in May.

Local officials said the ship docked in the area, close to a 30-hectare mangrove forest, without prior notice or permission.

Lobo Mayor Jurly Manalo expressed alarm over the incident, citing fears that a dike might collapse if the river is dredged.

“There is reportedly a purchase order made by the company called Synergy Plus Holdings Ltd to Seagate for the purchase of 2 million cubic meters of Lobo River sand for $2 per metric ton ‘at source’ to be used for the Hong Kong International Airport 3 Runway System Project,” Hontiveros said.

Seagate was able to secure an environmental compliance certificate from the Department of Environment and Natural Resources’ Environmental Management Bureau at the Calabarzon regional office, but was unable to obtain a mineral ore export permit from the Mines and Geosciences Bureau. Batangas Governor Hermilando Mandanas also said he did not issue a dredging permit.

Presidential Spokesperson Salvador Panelo said that as far as he knows, there is no agreement between the Philippines and China allowing the Asian giant to conduct dredging operations in Philippine territory.

The presence of the dredging vessel comes amid reports that over 600 Chinese ships have circled Pag-asa Island in the West Philippine Sea since January 2019. (READ: China deploys militia as Philippines builds on Pag-asa Island)

In her resolution, Hontiveros cited China’s questionable presence in other waters, such as in Africa and Latin America, saying this “does not inspire confidence in its capacity to adhere to international regulations.”

“Chinese trawlers were caught illegally fishing off Africa and Latin America, and warnings have also been aired that increased competition over dwindling stocks of fish and illicit fishing activity inside maritime boundaries of other nations could cause geopolitical conflicts, and even a war,” she said.

Numerous Senate resolutions calling for an investigation into China’s militarization in the West Philippine Sea, as well as into controversial Chinese deals, have been filed since 2016. However, the Senate, President Rodrigo Duterte’s partner in charting foreign policy, has yet to conduct a probe. (READ: Senate inaction on China: No inquiry amid militarization) – Rappler.com