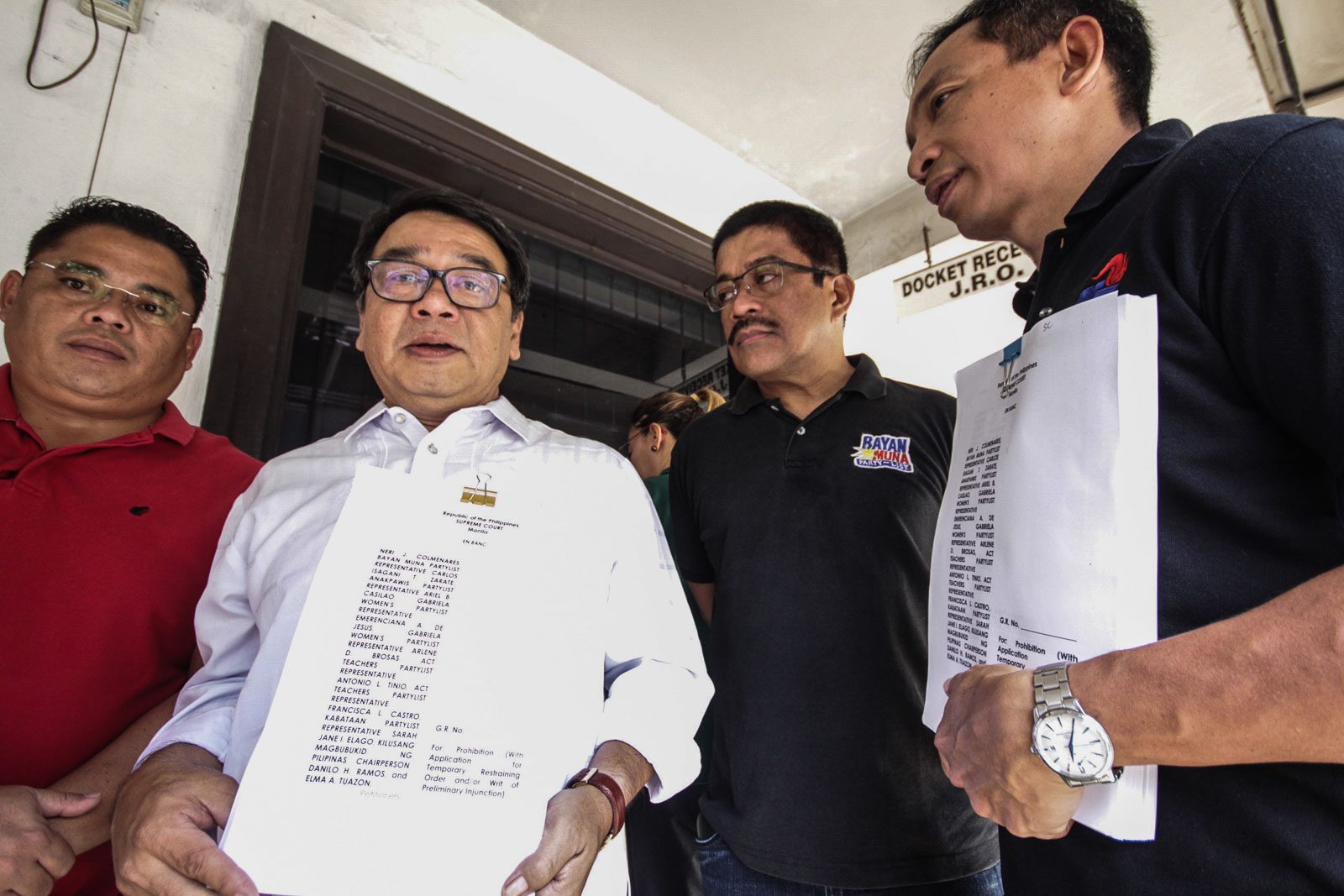 President Rodrigo Duterte had earlier ordered the Department of Justice (DOJ) to review China loan agreements, following criticism of its supposed disadvantageous provisions, including possibly giving up gas resources in the Reed Bank as collateral for the loan.

It cited the confidentiality clause in the  P3.69-billion loan agreement which allegedly runs against Secton 21 of Article XII which says that “information on foreign loans obtained or guaranteed by the government shall be made available to the public.”

Makabayan also said that the Monetary Board approved the loan agreement after the fact.  Section 20, Article VII of the 1987 Constitutionsays foreign loans may be contracted “with the proper concurrence of the Monetary Board.”

Justice Secretary Menardo Guevarra had earlier said that the agreement passed through his department only after it had been anegotiated.

Colmenares pointed out that the loan agreement requires the contractor be a Chinese company. He also noted that the agreement states that China cannot be obliged to release funds to the Philippines unless the former was satisfied with compliance, which includes getting a Chinese contractor. (READ: MADE IN CHINA: Loan terms with waivers, shrouded in secrecy)

This provision, Makabayan said, violates Section 10 of Article XII which says the state shall always “give preference to qualified Filipinos” in the grant of rights, privileges, and concessions covering the national economy and patrimony.

Even the choice of  China International Economic and Trade Arbitration Commission (CIETAC) as tribunal and the choice of Chinese law as the governing law, Makabayan said, violates Section 7 Article II of the Constitution.

The provision states: “The State shall pursue an independent foreign policy. In its relations with other states, the paramount consideration shall be national sovereignty, territorial integrity, national interest, and the right to self-determination.”