Apr 4, 2019 10:51 PM PHT
Marchel P. Espina
Facebook Twitter Copy URL
Copied
'Respecting the rights of the people, even if they are suspected of misdeeds, is a hallmark of a truly democratic society,' the National Council of Churches in the Philippines says 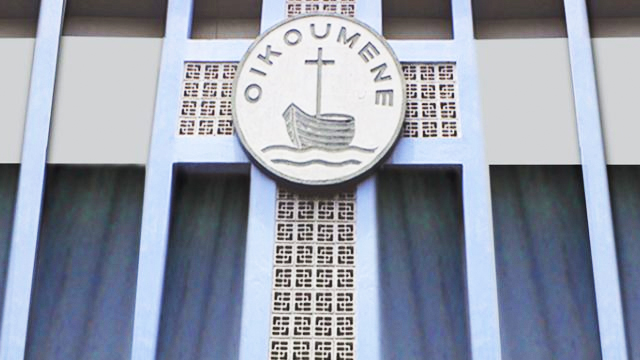 “The National Council of Churches in the Philippines (NCCP) condemns in the strongest terms the mass killings of 14 farmers by police officers in Canlaon City and Manjuyod and Santa Catalina towns in Negros Oriental,” the group said in a statement on Thursday, April 4.

The group also called for a thorough and independent investigation. “We embrace in prayer and solidarity the families of the victims…May God comfort those who mourn in this time of grief,” it added.

The group said the killings follow the all-too-familiar script of “nanlaban” (resisting arrest) that has been used to justify killings in the anti-drug operations.

“This time, the farmers have been labelled as members or supporters of the New People’s Army, which were vehemently denied by their families and relatives. Two of the victims were even barangay officials and according to Bishop Gerardo Alminaza (of the San Carlos diocese in Negros Occidental), one of those slain was a lay leader of a mission station of the Roman Catholic Diocese of San Carlos,” NCCP said.

They also said the government officials’ statements on the killings are disturbing. “Not only have they sought to discount condemnation as leftist propaganda, but they have also labeled those speaking out as supporters of the NPA,” the NCCP added. (READ: Makabayan seeks probe into bloody Negros Oriental police operations)

“Respecting the rights of the people, even if they are suspected of misdeeds, is a hallmark of a truly democratic society. As we have said before, one killing is one too many. Fourteen people killed indicates an alarming rise in the climate and culture of impunity in the country,” the group stressed.

The group fears the killings in Negros Oriental foreshadow more operations to come, and are also worried about a further escalation of the armed conflict.

“Police and military must be held in check and human rights must be upheld even in situations of civil strife. In resolving the armed conflict, we reiterate our long-held position that peace can be pursued through principled talks at the negotiating table where mutually crafted agreements can be forged for the good of the people,” the group said.

Philippine National Police chief General Oscar Albayalde has already ordered the administrative relief of the Negros Oriental police director and the 3 police chiefs to give way to an impartial investigation of the 14 killed suspects.

Alminaza said he was surprised by the relief of the police officers in the province since they were not directly involved in the police operations to serve the search warrants against the victims.

He added that the police regional office should be investigated and be held accountable as they’re the ones who conducted the operations. – Rappler.com