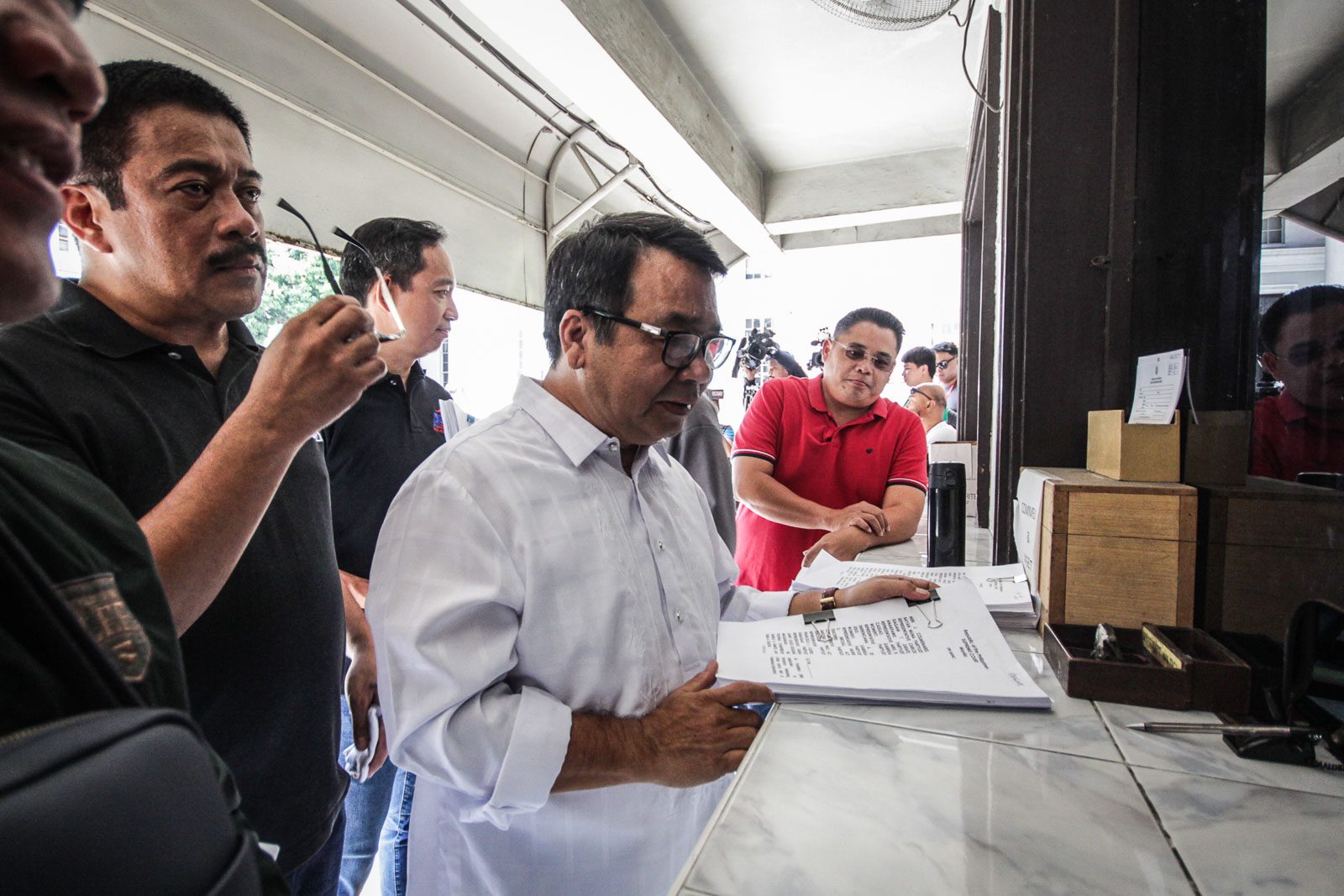 Facebook Twitter Copy URL
Copied
(UPDATED) This also means that effectively there is no TRO, for now, against the loan agreement

A Court source confirmed to Rappler that the en banc decided to order the comment Wednesday morning, after its session.

SC Spokesman Brian Keith Hosaka made it official in a news conference Wednesday afternoon. “The Supreme Court ordered the respondents to file their comment to the petition within a period of 10 days,” Hosaka said.

Opposition lawmakers from the Makabayan bloc filed on April 4 a petition for prohibition against the loan agreement, asking the Court to immediately issue a Temporary Restraining Order (TRO).

Ordering a comment only yet means there was no TRO, for now, against the loan agreement.

The Office of the Solicitor General (OSG) has to submit its comment within 10 days.

President Rodrigo Duterte had earlier ordered the Department of Justice (DOJ) to review all government contracts, including the country’s loan agreements with China, following criticism of its supposed disadvantageous provisions, including possibly giving up gas resources in the Reed Bank as collateral for the loan.

Makabayan’s petition argued that several provisions of the loan agreement violate the 1987 Constitution.

The supposedly onerous provisions include:

Malacañang said it was ready to respond to the petition as ordered by the High Court.

“We will always respect whenever the other branches do or perform following the constitutional directives to each branch. So we will respond to the petition,” said Presidential Spokesman Salvador Panelo during a Palace news briefing on Wednesday.

“The loan agreement has passed through many channels. There has been many review, evaluations. We feel that it’s not in violation of the Constitution as alleged by the petitioner,” said the Duterte spokesman. – With a report from Pia Ranada/Rappler.com