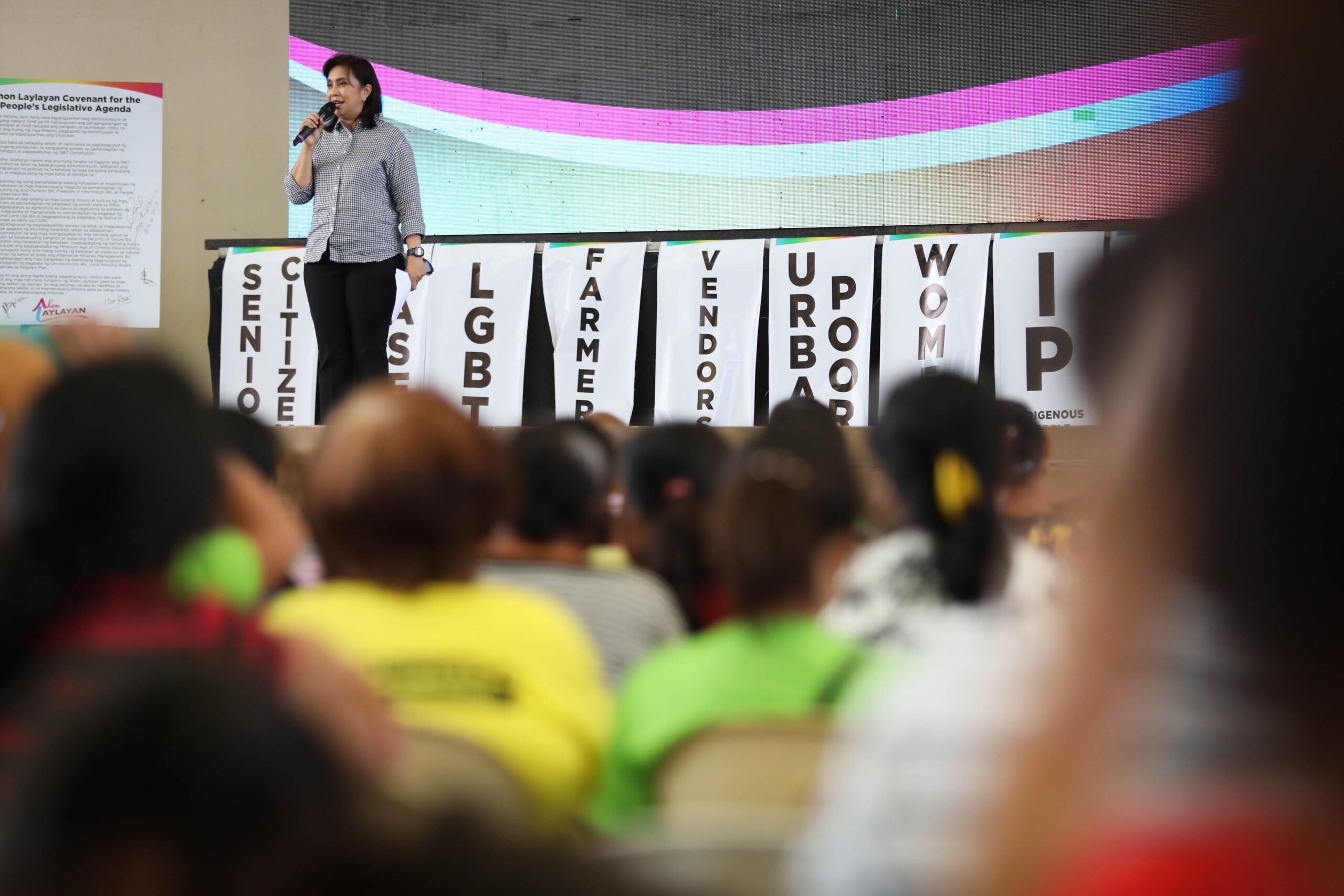 Facebook Twitter Copy URL
Copied
Vice President Leni Robredo says all government employees, regardless of position, are expected to be honest in declaring their wealth

MANILA, Philippines – Vice President Leni Robredo pointed out that not even the highest official in the land is excused from truthfully declaring all of his wealth in his Statement of Assets, Liabilities, and Net Worth (SALN).

On Wednesday, April 10, Robredo was asked by reporters to comment on President Rodrigo Duterte slamming the Philippine Center for Investigative Journalism (PCIJ) for probing his family’s assets. The President told the PCIJ his family’s wealth is “none of your business.”

(All of us government officials – not just those elected but even the ones appointed into office – are obliged to declare in our SALNs all of our assets. What’s right is that everyone is equal in the eyes of the law, whether in a high position or not.)

(We know there are government officials in lower positions who were punished because they were not truthful in their SALNs. So the way the law is applied to lower officials should be the same for those in higher positions.)

All government officials and employees are required by law to submit their SALNs. Failure to do so is a violation of Section 8 of Republic Act No. 6713 or the Code of Conduct and Ethical Standards for Public Officials and Employees.

It is punishable by suspension of up to 6 months for the first offense, and dismissal from service for the second offense.

The late Renato Corona was impeached as chief justice for failing to declare some of his assets in his SALN.

The spotlight was recently on the Duterte family wealth after the PCIJ reported that the law firm Carpio & Duterte Lawyers, where presidential daughter Sara Duterte and her husband Manases Carpio are partners, has not been registered with the Securities and Exchange Commission since the firm’s creation 10 years ago.

The PCIJ also found in its recent report that Duterte and two of his children – Davao City Mayor Sara Duterte and former Davao City vice mayor Paolo Duterte – separately and together offered token or opaque data about their business interests that, under the law, they are required to reveal in their SALNs. (READ: Report: Inconsistent declarations of Duterte relatives in gov’t)

The PCIJ also reported big spikes in the net worth of Duterte and his children while in public office. (READ: Duterte wealth untouched by elections)

PCIJ executive director Malou Mangahas said the President should just be straightforward in explaining his family’s wealth instead of losing his cool. – Rappler.com