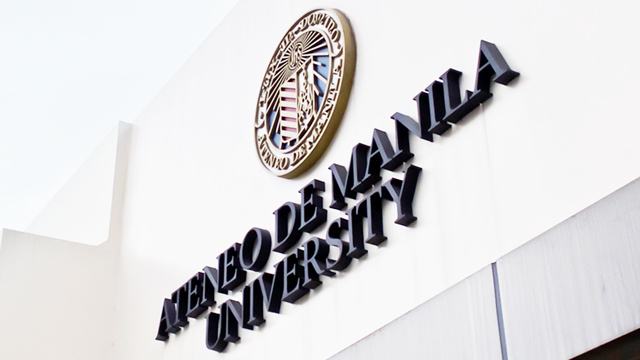 MANILA, Philippines – The head of the creative hub of Ateneo de Manila University (ADMU) has resigned following fierce backlash over the invitation of Irene Marcos to a school art event.

ADMU President Fr Jose Ramon Villarin announced the “voluntary” resignation of Arete Executive Director Yael Buencamino in a statement issued on April 10 but posted on social media on Friday, April 12. He said he had accepted her resignation.

Buencamino had personally invited Marcos, daughter of the late dictator Ferdinand Marcos, to the event.

“I have accepted her resignation, even as I acknowledge with gratitude her exemplary performance in shepherding Arete during this nascent stage of its development,” Villarin said.

He added that he “looked forward” to Buencamino’s continued contribution to art and education in ADMU.

Marcos was at the April 7 opening of the school’s outdoor art installation program at Arete – the university’s creative hub where plays and exhibitions depicting abuses of under her father’s Martial Law regime had been held.

Villarin issued a public apology over the incident, acknowledging that it had cast doubt on the school’s solidarity with Martial Law victims.

“The University recognizes her presence, even in a personal capacity, has cast doubts regarding its solidarity with the victims of the Martial Law regime. We offer our deepest apologies for the hurt this has brought,” Villarin said.

Students of the university earlier demanded an apology over the incident. They described Marcos’ appearance as a “form of shameless compliance” to attempts to forget Martial Law and its atrocities from history as well as debate in the campaign period for the 2019 national and local elections.

“Are we not aware by now how the Marcoses systematically use art as a tool to blind the people from their violence and corruption?” they said.

This is the second public apology of ADMU in relation to an incident involving the Marcoses since 2014, when netizens and Ateneo alumni expressed outrage over the invitation of  Imelda Marcos as a guest of honor at the Ateneo Scholarship Foundation.

Villarin said the latest incident did not mean Ateneo had turned a blind eye to the events of Martial Law.

“If anything, they have strengthened the University’s unfailing commitment to help seek justice for the victims of the regime, to counter historical revisionism, and to educate the Ateneo community regarding the regime’s pernicious effects on Philippine society,” he said.

Villarin called on the Ateneo community to once again fight attempts to “forget” Martial Law.

“I call on the university community to hold fast to put commitment to justice and peace, and to help one another remain vigilant, especially during this time of forgetfulness,” he said.

“It is my hope that, as an open community of learners, we learn from our missteps,” the Ateneo president added. – Rappler.com