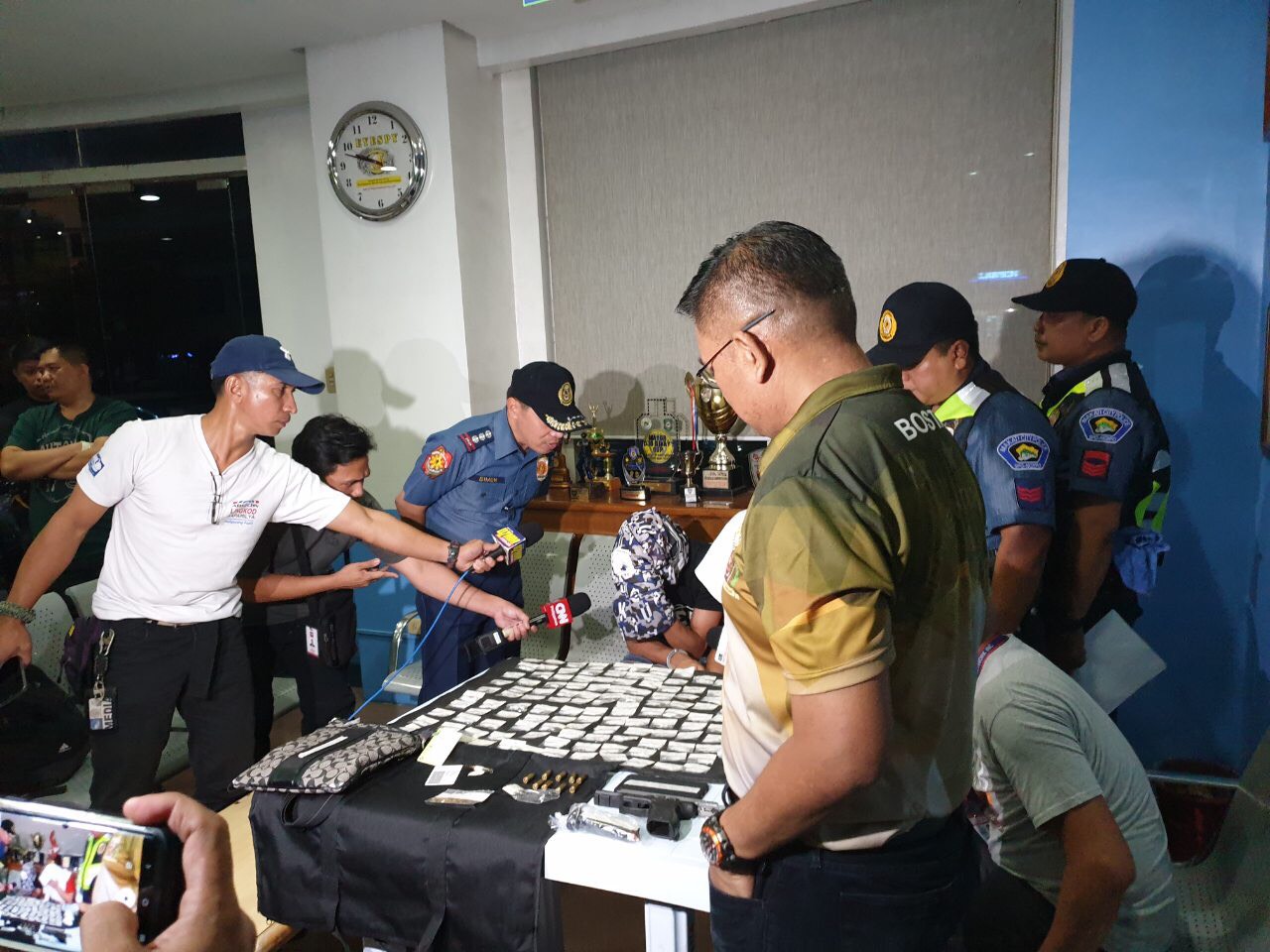 MANILA, Philippines – Police seized nearly P2 million worth of what is believed to be methamphetamine or shabu, and marijuana from two men, one of them a college student, in a buy-bust operation in Makati City on Friday, April 12.

Arrested were college student Melvin Bulado, 21, and merchandiser Jerome Arman Revidad, 22. Their third companion, Edgardo Fontanilla, was able to escape and is now being hunted, said the police.

Police recovered 119 plastic sachets of shabu (3 of which are medium-sized and were for repacking), one plastic sachet containing marijuana, one glass tube, a caliber .40 Taurus pistol, and a caliber .45 magazine.

The sting operation took place at M. Reyes corner Belarmino Street in Barangay Bangkal around 4 pm on Friday. Bulado told the undercover cops they were about to deliver their supply in Taguig City, and just stopped by Makati to sell to their patrons there. – Rappler.com