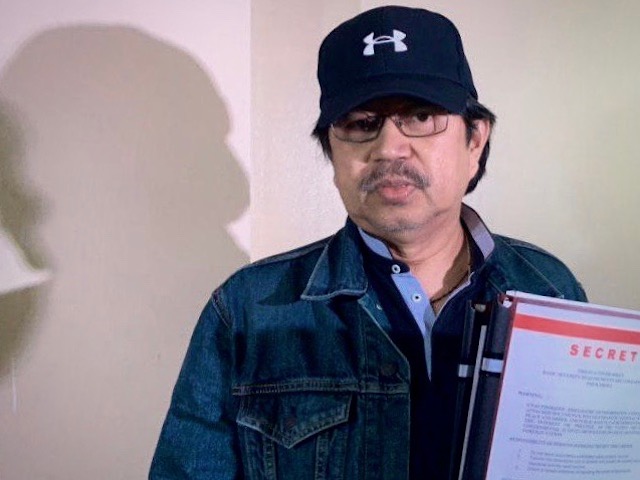 Acierto is a veteran anti-drug cop, with years of experience in the PNP’s anti-drug operating units until he was dismissed in 2018 over the allegedly anomalous sale of AK-47 rifles to communist rebels.

Guban told a Senate investigation that Acierto supposedly masterminded the smuggling of shabu, saying that the latter trained him to facilitate the shipment of the magnetic lifters later believed to be packed with shabu – including renting a warehouse, and using a fall guy as supposed mastermind.

The National Bureau of Investigation (NBI) filed the drug complaints against 40 individuals, both over the MICP magnetic lifters, and another for the 4 lifters found in Cavite which supposedly contained P11 billion worth of shabu.

But the DOJ only indicted the 8 for drug importation.

Shabu was never found in the Cavite lifters, but the PDEA, as well as the NBI, insisted that the lifters contained supposedly P11 billion worth of shabu.

“The basic rule is that allegation is not evidence and is not equivalent to proof. Charges based on mere suspicion and speculation likewise cannot be given credence. When the complainant relies on mere conjectures and suppositions, and fails to substantiate his allegations, the complaint must be dismissed for lack of merit,” the resolution read.

Former Bureau of Customs (BOC) chief and now Technical Education and Skills Development Authority (TESDA) Isidro Lapeña is facing a complaint of graft over both the Cavite and MICP lifters, but the DOJ endorsed these complaints to the Office of the Ombudsman.

All other complaints of graft, which were filed against Fajardo and Guban, were transmitted to the Ombudsman. – Rappler.com