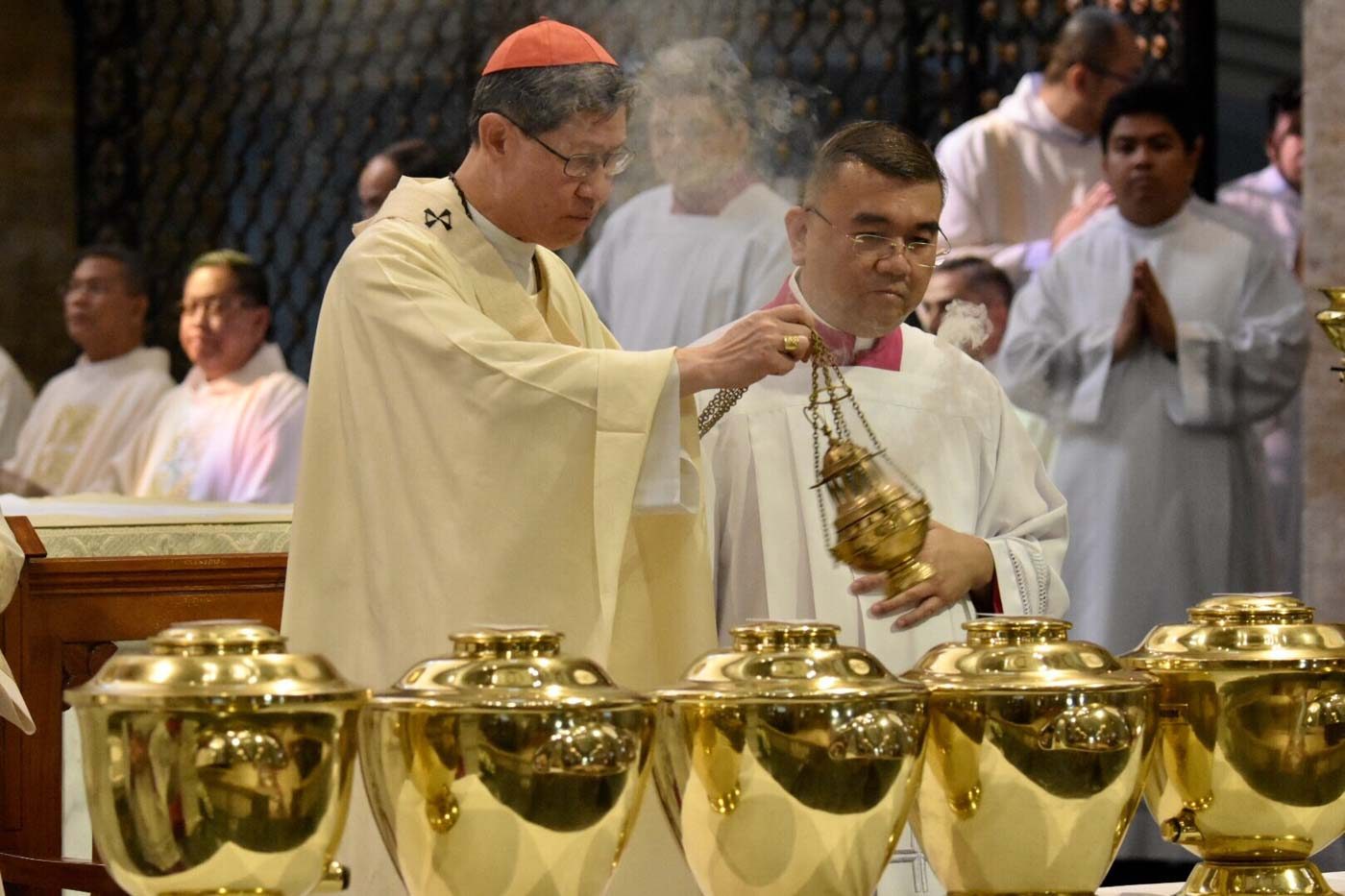 MANILA, Philippines – Manila Archbishop Luis Antonio Cardinal Tagle slammed the spread of false information online and hate speech, likening them to the act of enslaving others.

This was Tagle’s message in his homily on Thursday, April 18, as he celebrated the Chrism Mass at the Manila Cathedral.

“Parents, teachers, peers: Go, live your consecration. Proclaim good news. Ang dami-dami na na tagapagpadala ng (There are a lot of purveyors of) bad news, fake news, hate speech. We today, all the consecrated, all the baptized, bearing the Holy Spirit, will say, ‘I will not deliver fake news, hate speech. I am consecrated by the Spirit. I will bring good news to the poor and the suffering,’” said Tagle.

False information and government propaganda have been spreading online since President Rodrigo Duterte rose to power in 2016. Government officials and propagandists alike use the internet to vilify those who oppose them. (READ: State-sponsored hate: The rise of the pro-Duterte bloggers)

Often, journalists are tagged as “fake news” whenever they criticize Duterte’s decisions and policies. (READ: Journalists on fighting fake news: Be more discerning, take a stand)

The President has also been attacking the Church, previously calling God “stupid” and even mocking the Christian doctrine of the Holy Trinity. (READ: ‘Hindi na tayo tatahimik’: Religious groups unite vs injustice, Duterte attack on Church)

Do not waste ‘common consecration’

In the same homily, Tagle mentioned other forms of modern-day enslavement, including people who still use their cell phones during the Mass and parents who are never satisfied with their children’s grades.

“Our imprisonments are very subtle. Thats why the Spirit is given to us, the Spirit of wisdom and discernment, in order to detect, ‘Am I still free for God or am I already imprisoned by many so-called signs of progress?’” said Tagle.

He then urged the public “not to waste our common consecration.”

Tagle delivered the homily during the Chrism Mass, when bishops consecrate the chrism or the holy oil used in baptism, confirmation, and other Church rituals. It is one of the Catholic rituals during Holy Week. – Rappler.com