IN PHOTOS: For his children’s sake 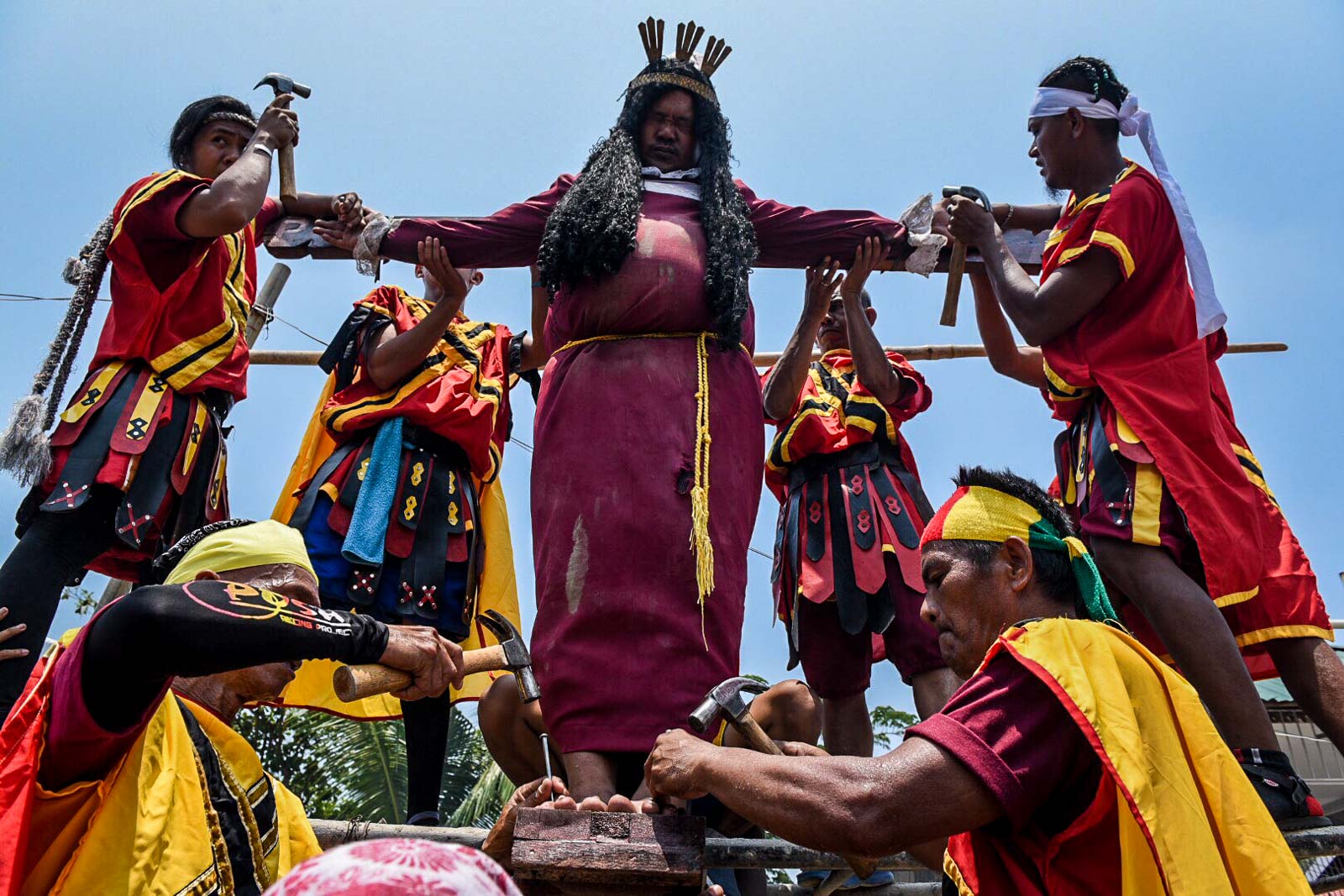 BULACAN, Philippines — For the past 5 years, Eric Marcelino’s family, particularly his children, have remained free from serious illnesses. The 37-year-old attributes their continued good health to his annual religious vow of being  nailed to the cross every Holy Week.

Marcelino told Rappler that his earnings as a tricycle driver are only enough to bring a decent meal to the table and allow his children to attend public school. “Mahirap magkasakit. Kailangang mag-ipon para sa iba pang gastusin, para sa kinabukasan ng mga anak ko,” he adds. (It’s tough getting sick these days. We have to save money for our other expenses and for the future of my children.)

Paombong town in Bulacan celebrates Holy Week differently from its neighboring towns in the province of Pampanga, which are famous for crucifixion rites. Traditions like the Pabasa, flagellation and the reenactment of the Passion of Christ start on the Friday before Palm Sunday.

Marcelino is nailed to the cross at noon on Maunday Thursday, his 6th year. “Ang bulong ng Espiritu Santo ang nagtatakda kung saan sila darakpin, magpapasan at kung saan at kailan sila ipapako,” explains a Hudyores (Passion play Roman soldier) when asked why the crucifixion took place before Good Friday. (The Holy Spirit whispers to them when they are chosen, and where and when will they carry and get nailed to the cross.)

Here are some of the scenes from the crucifixion in Brgy. San Isidro II, Paombong, Bulacan: 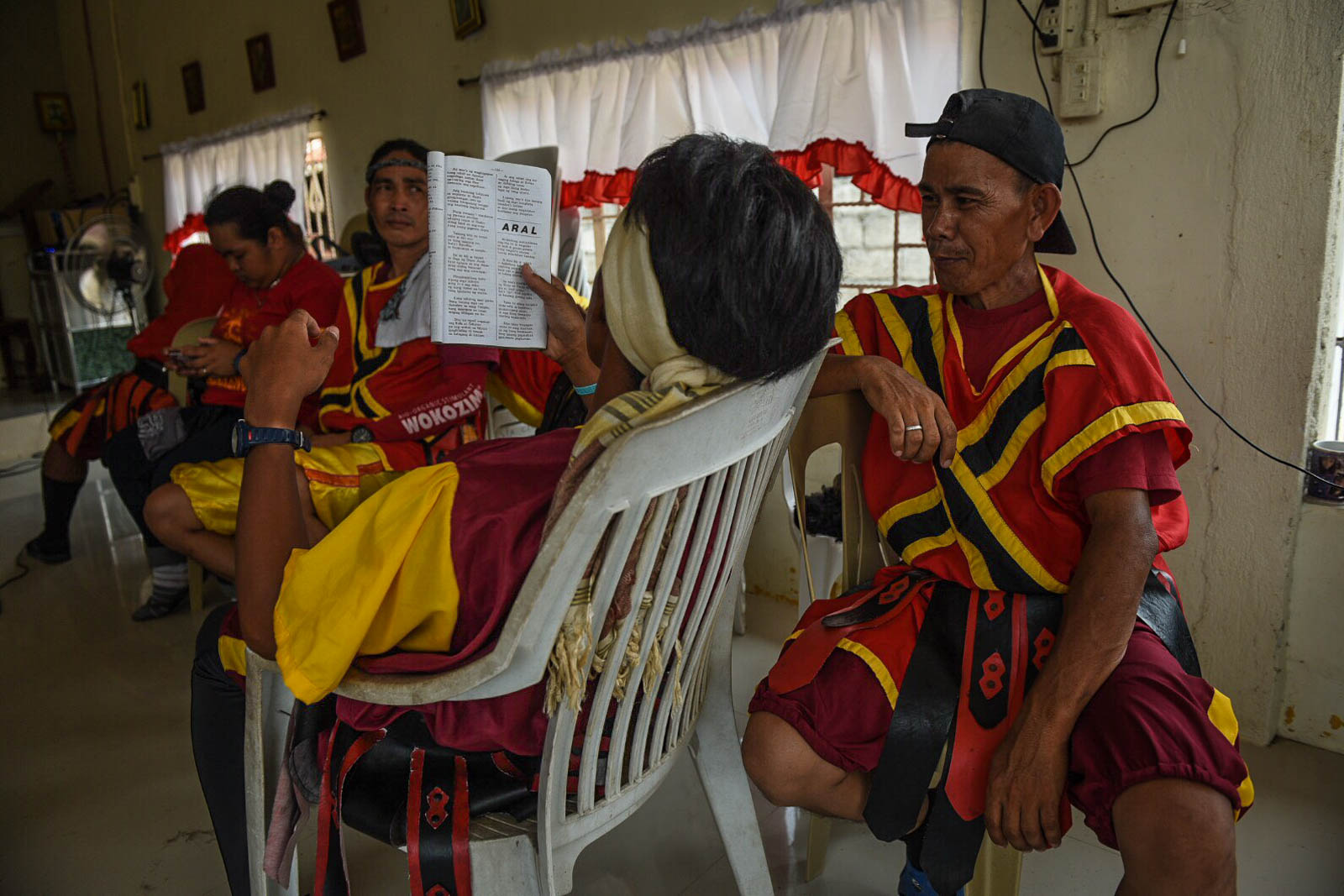 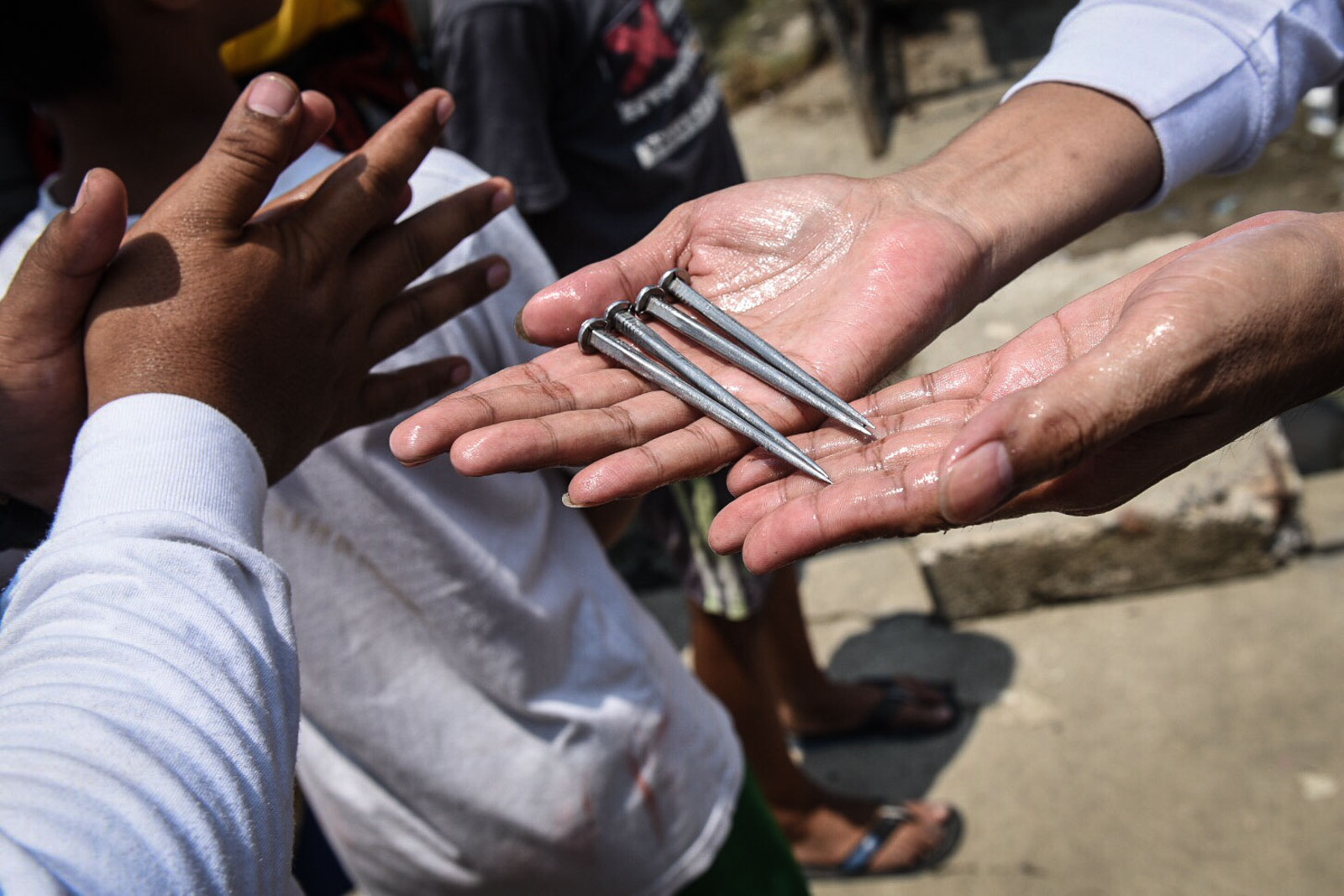 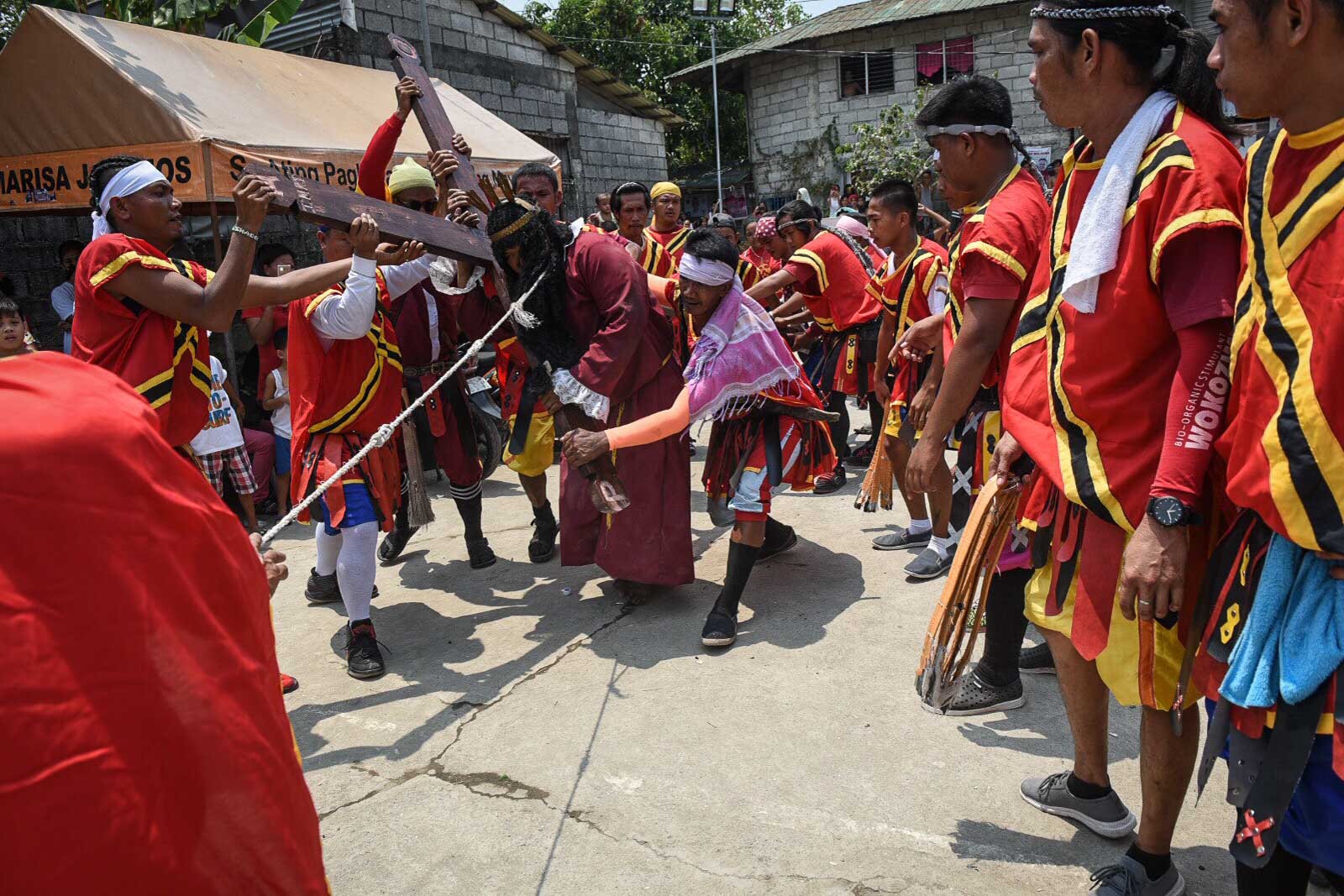 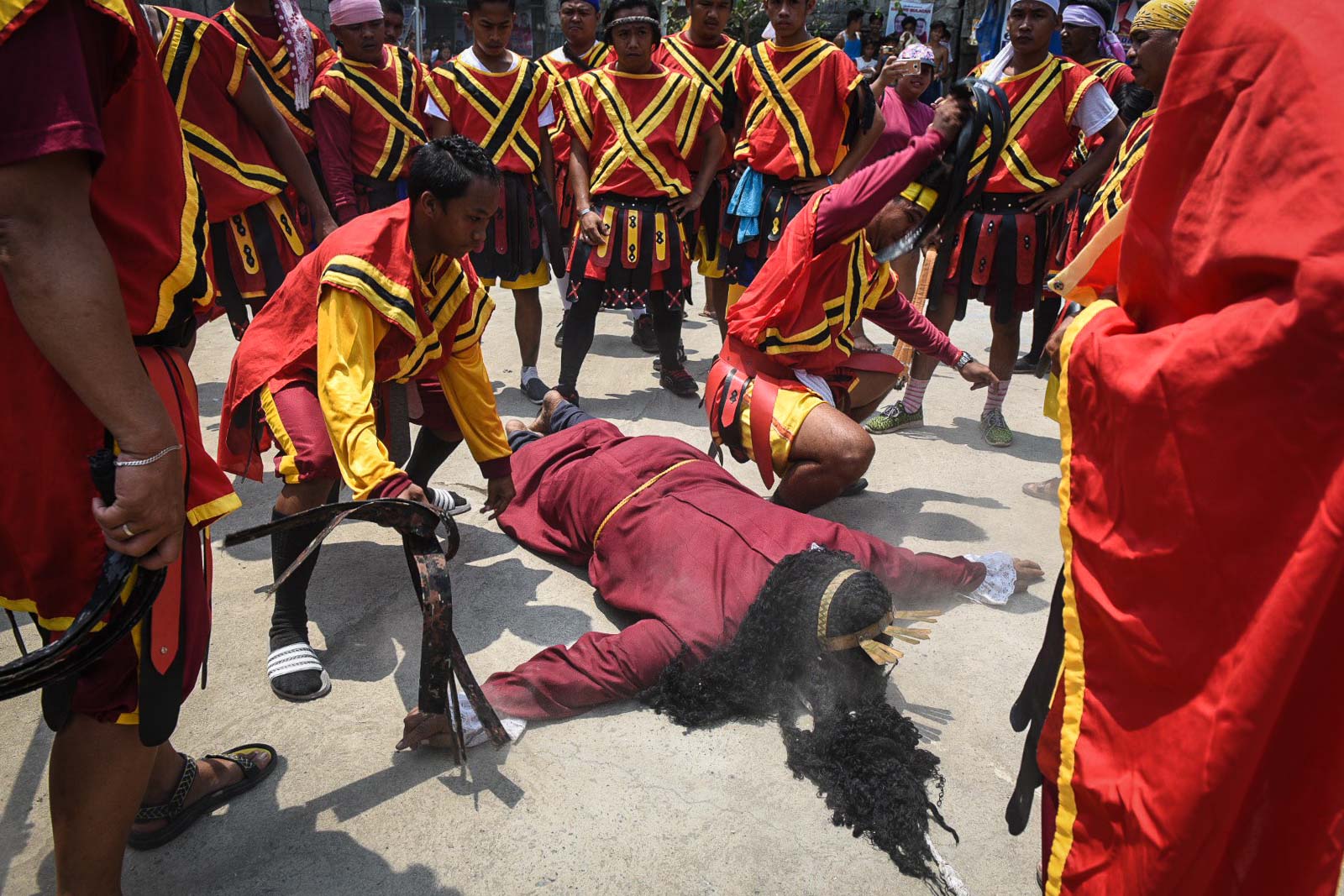 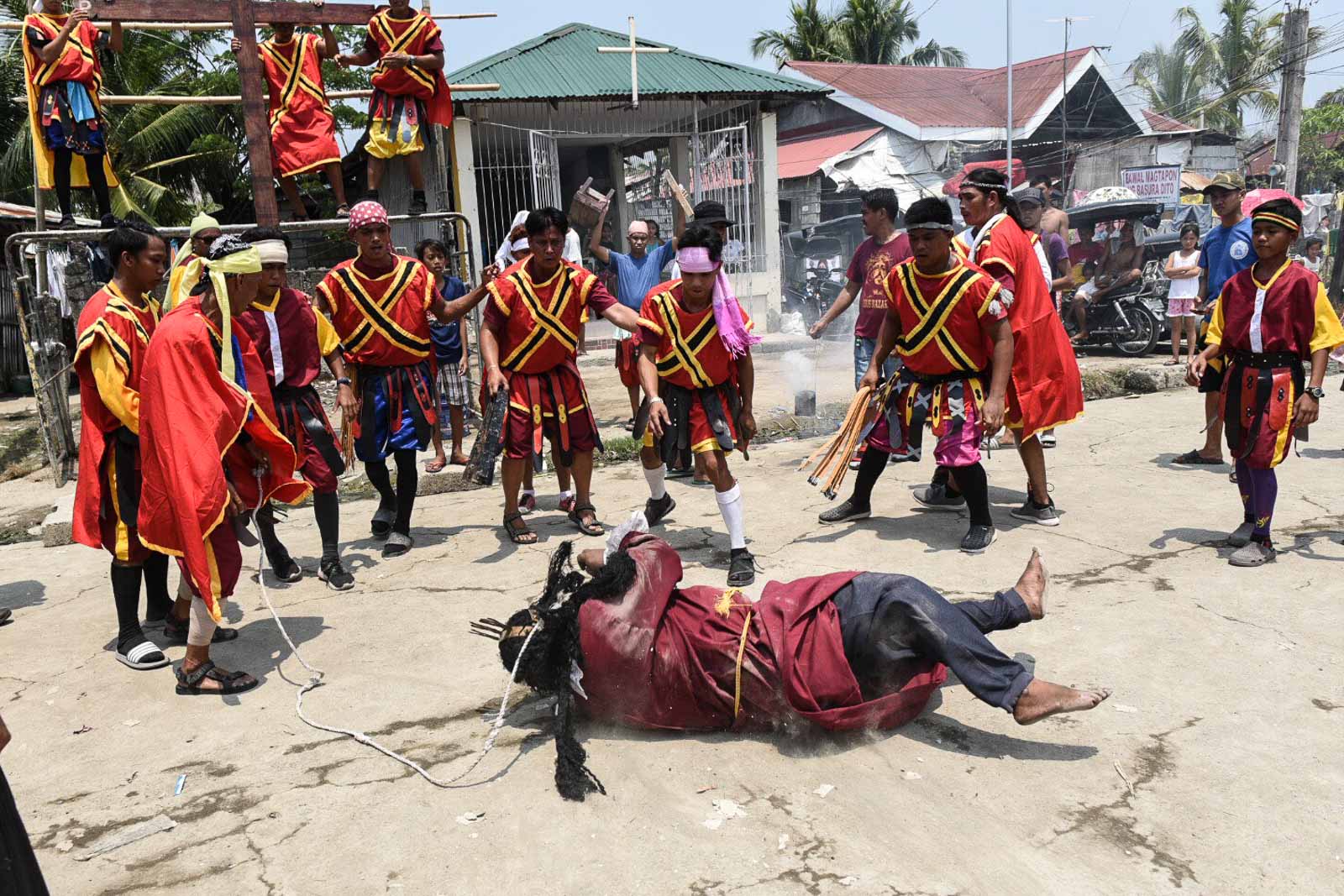 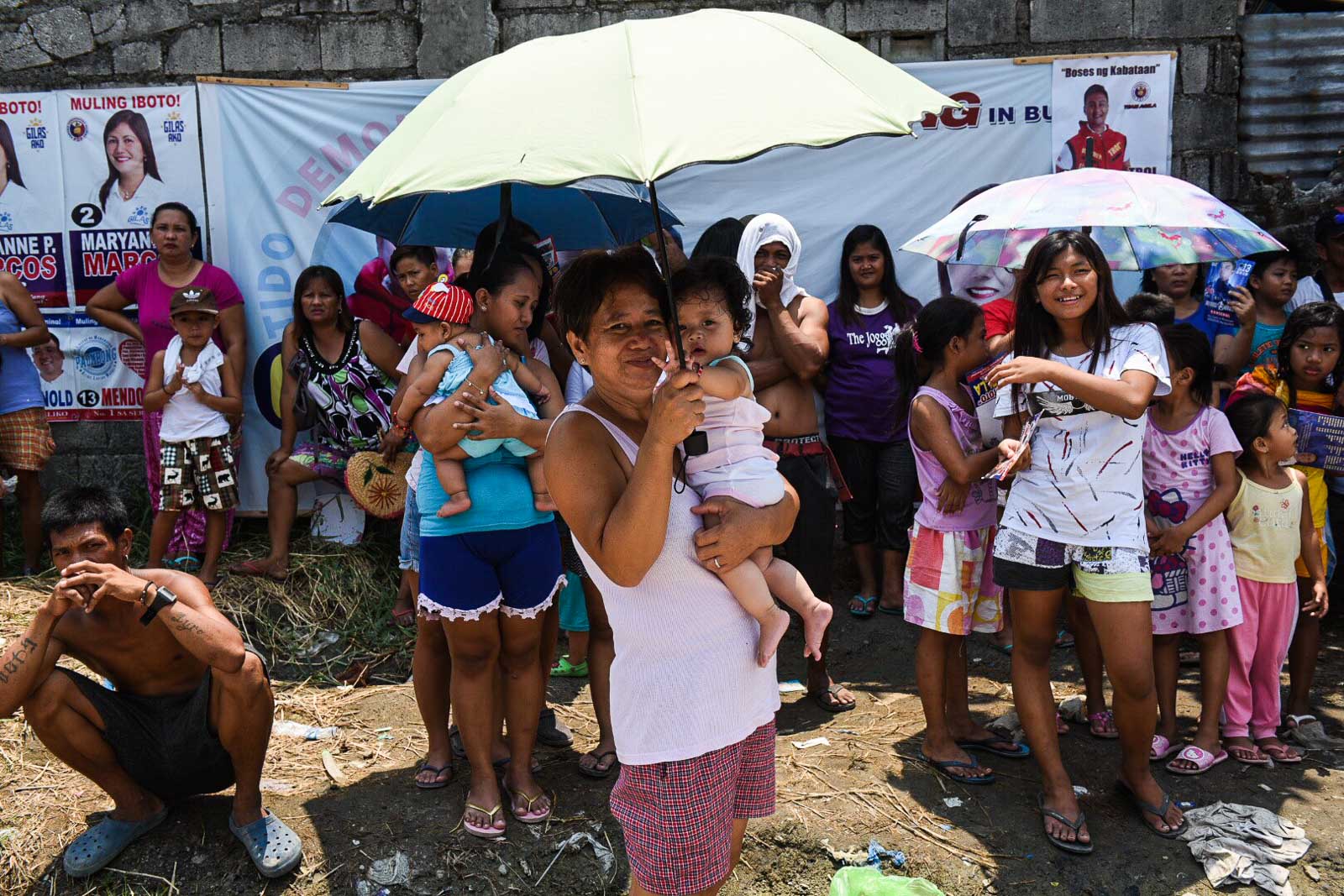 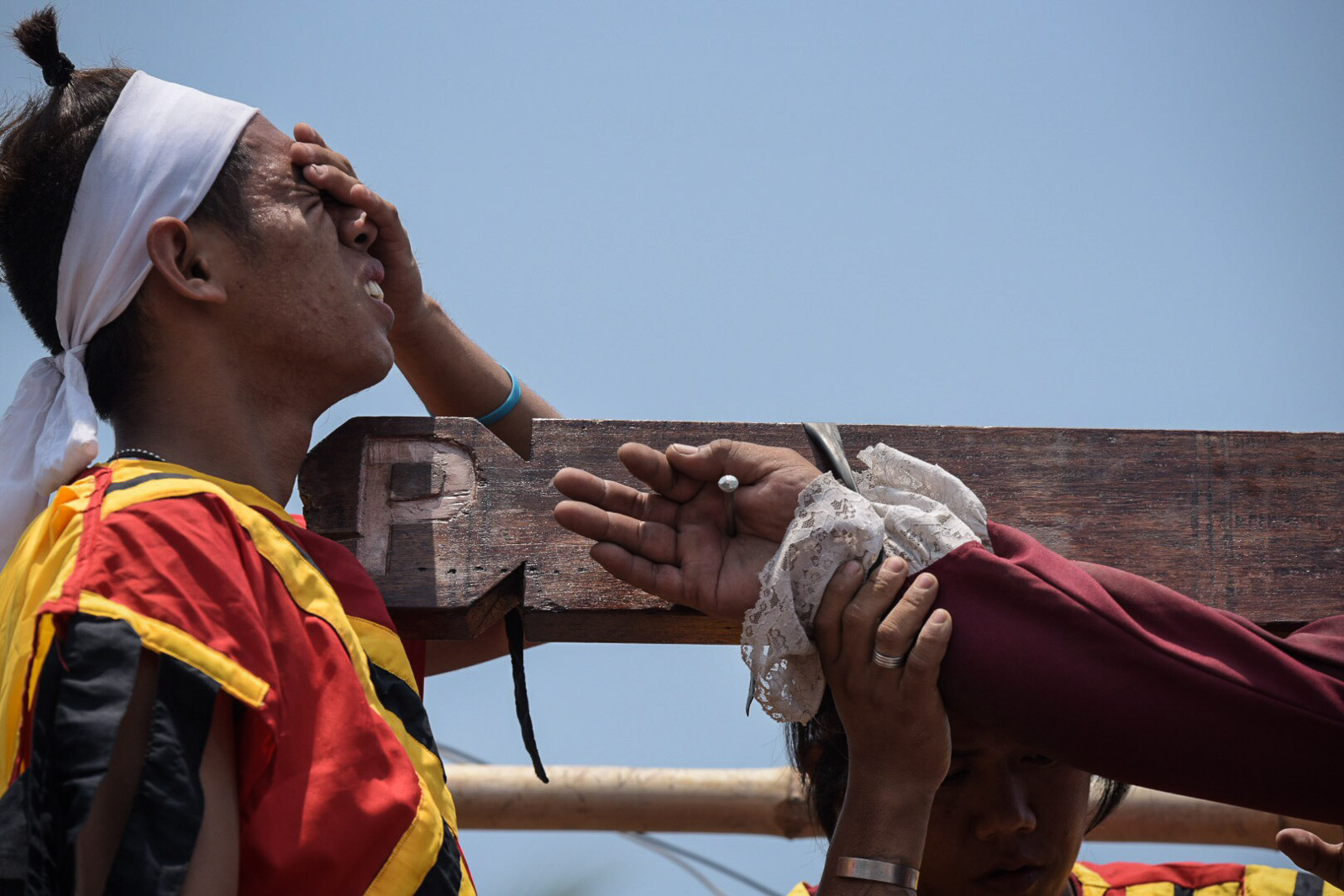 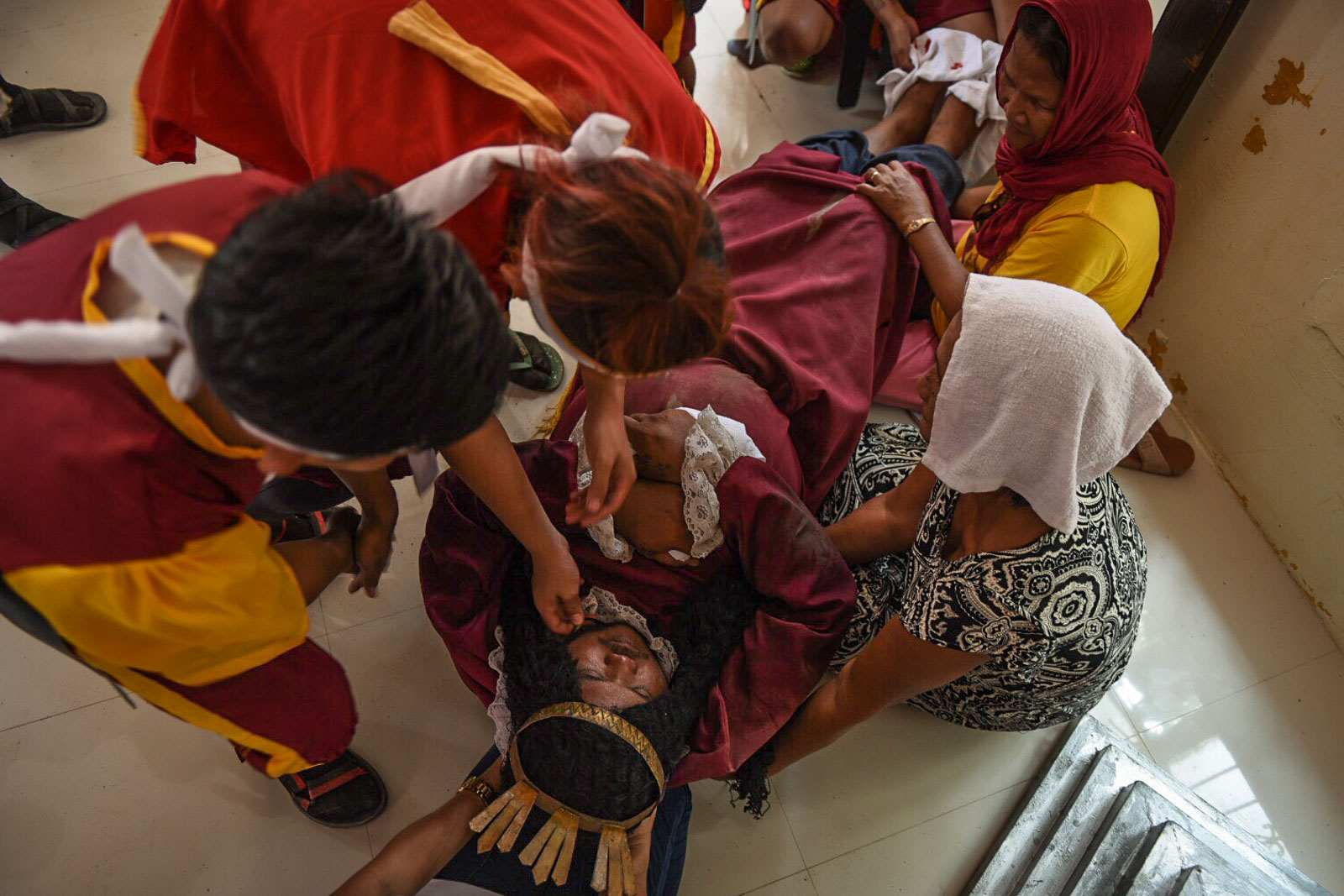 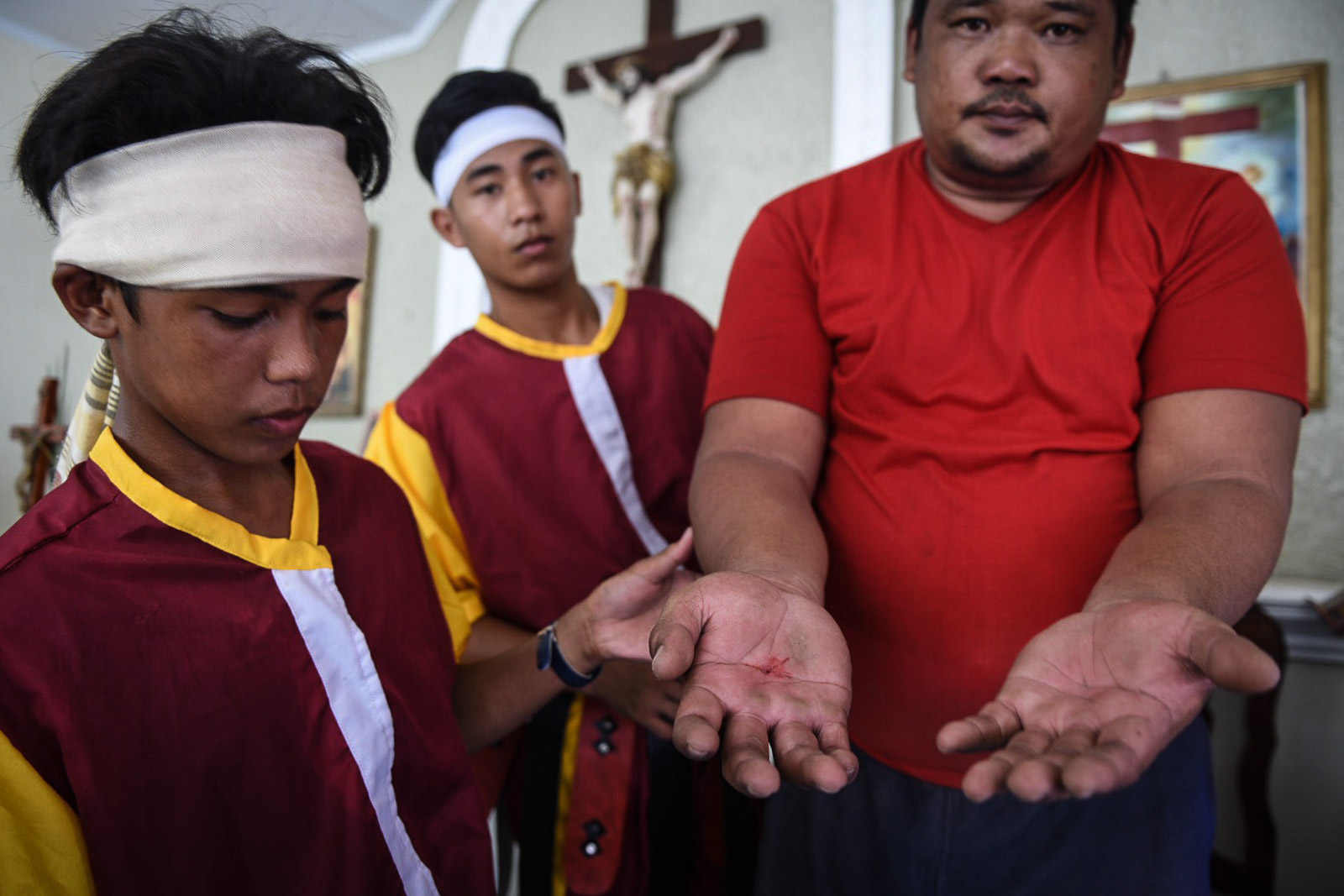 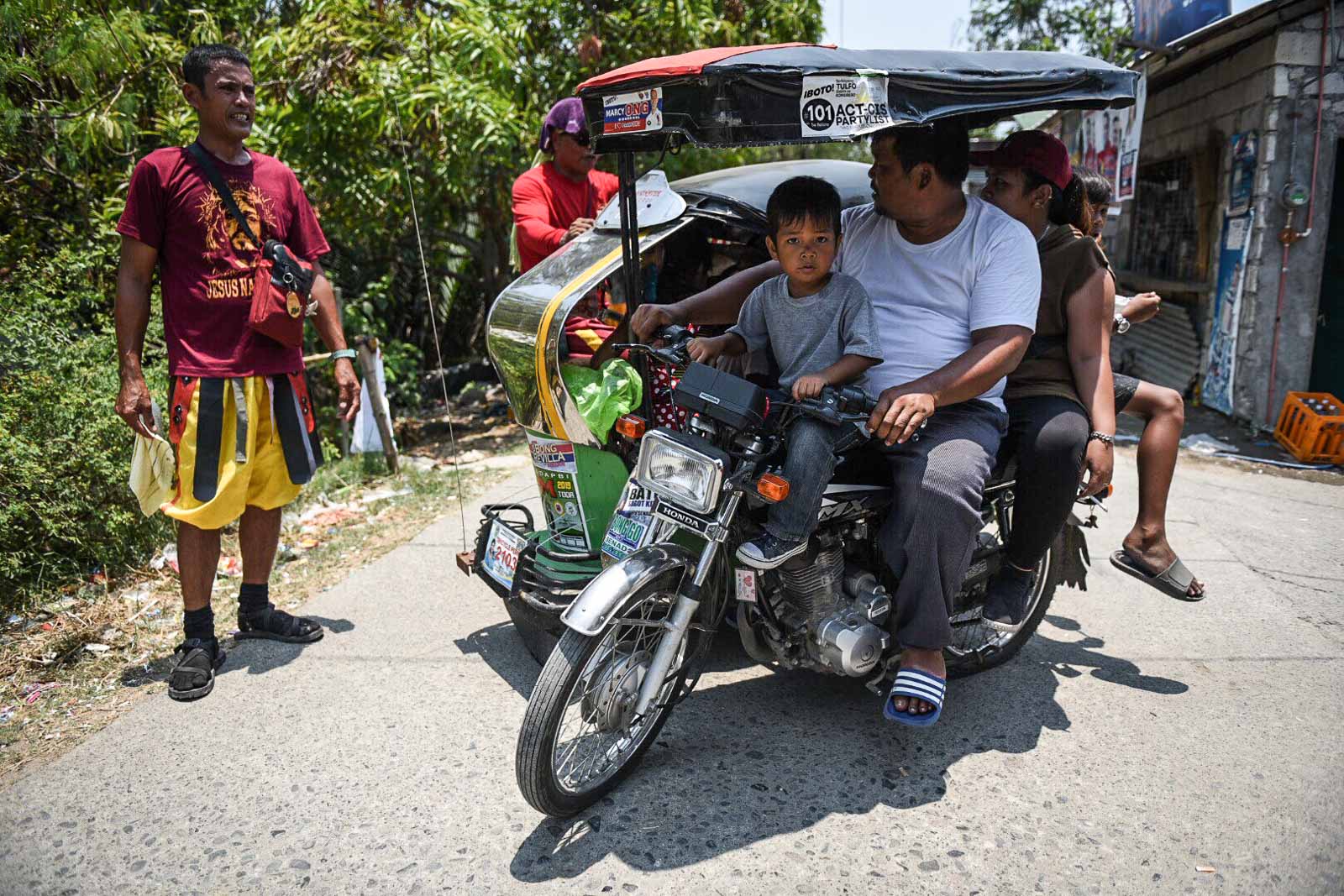