IN PHOTOS: Filipino penitents atone for their sins on Holy Week 2019 Facebook Twitter Copy URL
Copied
While the annual tradition may seem extreme to some, penitents continue to perform the ritual to seek forgiveness for their sins and God's blessing

MANILA, Philippines – Some streets of the country were speckled with blood on Maundy Thursday, April 18, and Good Friday, April 19, as hundreds of penitents whipped their pre-wounded backs to atone for their sins or secure God’s help for a special intention.

Self-flagellation is not sanctioned by the Catholic Church and may seem brutal to some, but this has not deterred devotees from continuing the annual ritual. (READ: Overview: Holy Week traditions in the Philippines)

Barefoot men wearing crowns of twigs walked silently on the side of a village road in the scorching tropical heat of the northern Philippines, flogging their backs with bamboo strips tied to a length of rope.

While many of the 80 million Filipino Catholics spend Good Friday in prayer or with family, others go to these extreme lengths to atone for sins or seek divine intervention in a spectacle that has become a major tourist attraction.

“This is a religious vow. I will do this every year for as long as I am able,” 38-year-old truck driver Resty David, who has been self-flagellating for half his life at his village in the northern Philippines, told Agence France-Presse.

He said he also hoped it would convince God to cure his cancer-stricken brother.

Nearly 80% of people in the Philippines are Catholic, a legacy of the nation’s 300 years of Spanish colonial rule that ended at the turn of the 20th century.

Here are some public displays of penitensya (penitence) in Metro Manila and Cavite on Maundy Thursday and Good Friday. 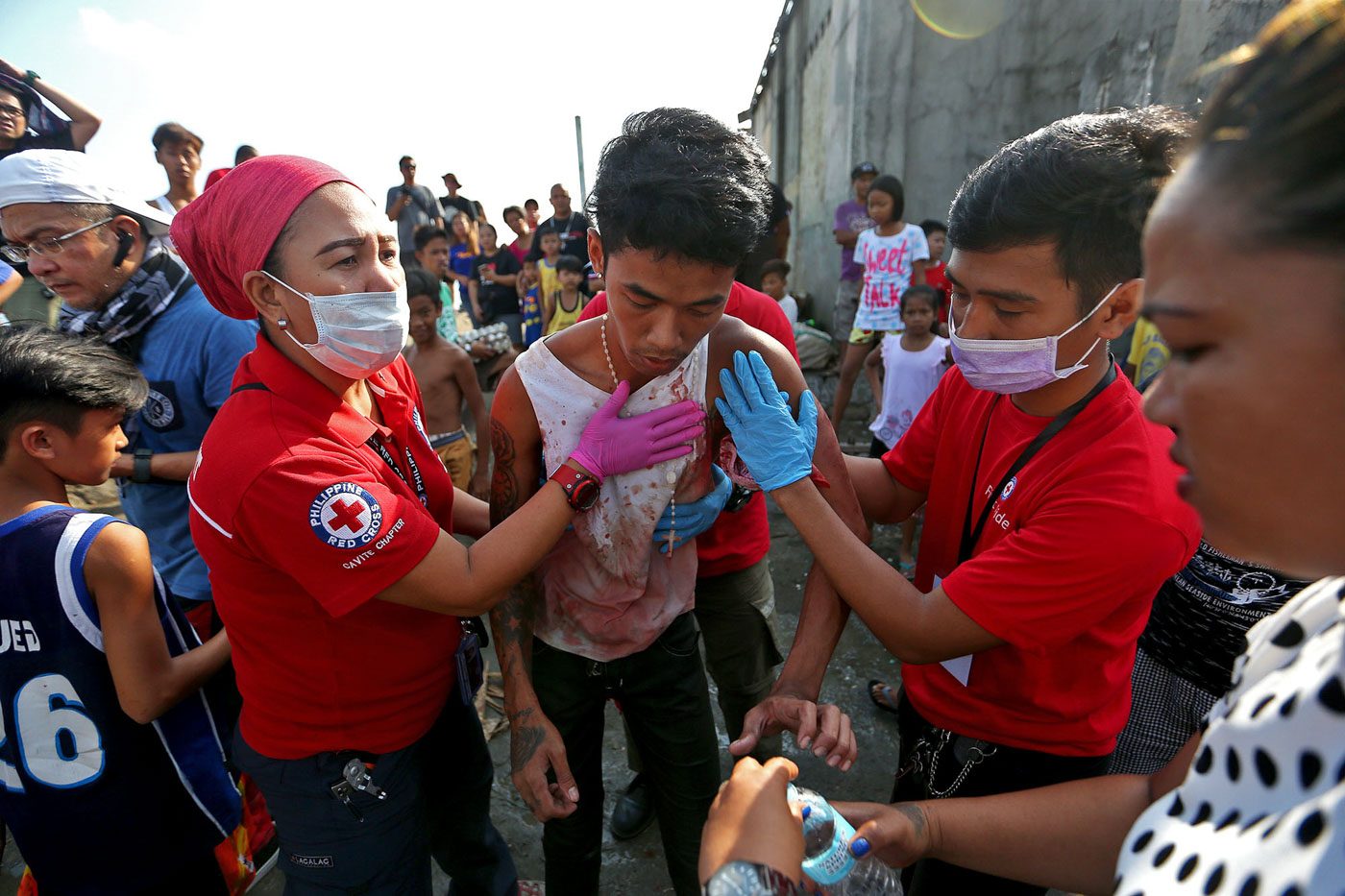 After the procession in Rosario, Cavite, penitents take a dip in Manila Bay to wash off the blood on their backs. – With a report from Agence Frence-Presse/Rappler.com