9 dead in Pampanga after Luzon earthquake

Apr 22, 2019 7:39 PM PHT
Jun A. Malig
Facebook Twitter Copy URL
Copied
(4th UPDATE) At least 7 people are injured and some 30 others are missing in Porac, where a grocery store collapsed due to the earthquake 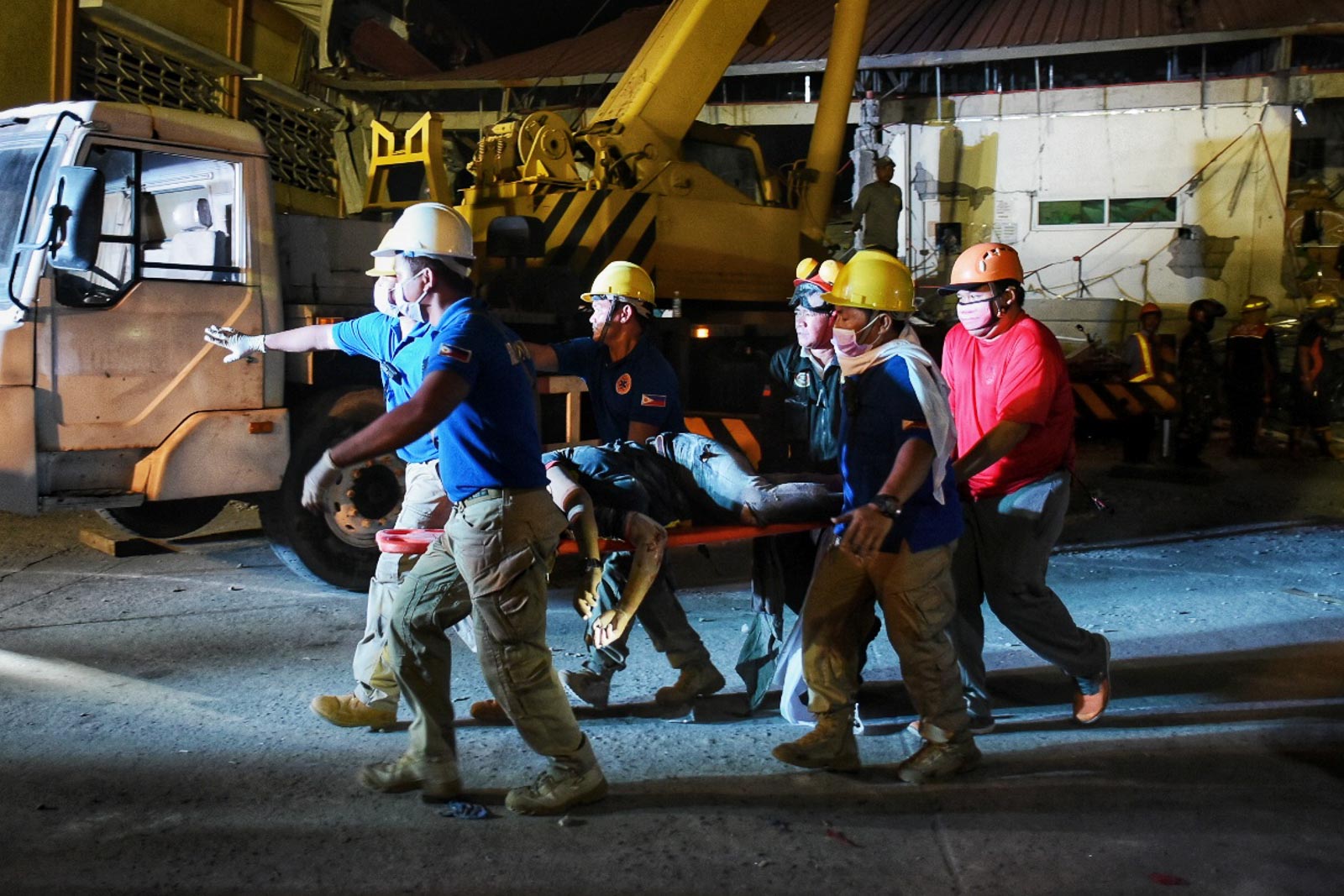 PAMPANGA, Philippines (4th UPDATE) – Nine people were killed in Porac and Lubao towns in this province as a magnitude 6.1 earthquake rocked parts of Luzon on Monday, April 22.

Quoting reports from the Pampanga Provincial Disaster Risk Reduction and Management Office (PDRRMO), Pampanga Governor Lilia Pineda said 5 people in Porac and Lubao died when their houses collapsed, while 3 bodies were retrieved from a grocery store that collapsed due to the earthquake.

Coronel said that based on initial reports, some 30 people remain missing. Rescue operations are still ongoing as of Tuesday morning.

Right after the earthquake, power outages occurred all over the province, including Angeles City. As of 9 pm, Pineda said most of the towns in Pampanga have no power yet. In some areas in Mabalacat City, power was restored around 9 pm.

The Santa Catalina de Alexandria Parish Church in Porac sustained significant damage according to the Archdiocesan Committee on Church Heritage-Pampanga.

The control tower and passenger terminal of the Clark International Airport were also damaged, prompting the suspension of operations.

As of this posting, the Philippine Institute of Volcanology and Seismology has recorded 18 aftershocks around Angeles City, Olongapo City, and Castillejos, Zambales.

In Zambales, the PDRRMO said a 6-year-old boy from Barangay Buhawen, San Marcelino sustained a massive head injury due to falling rocks. No other casualties were reported in other municipalities as of this posting. – with reports from Randy Datu and Aika Rey/Rappler.com