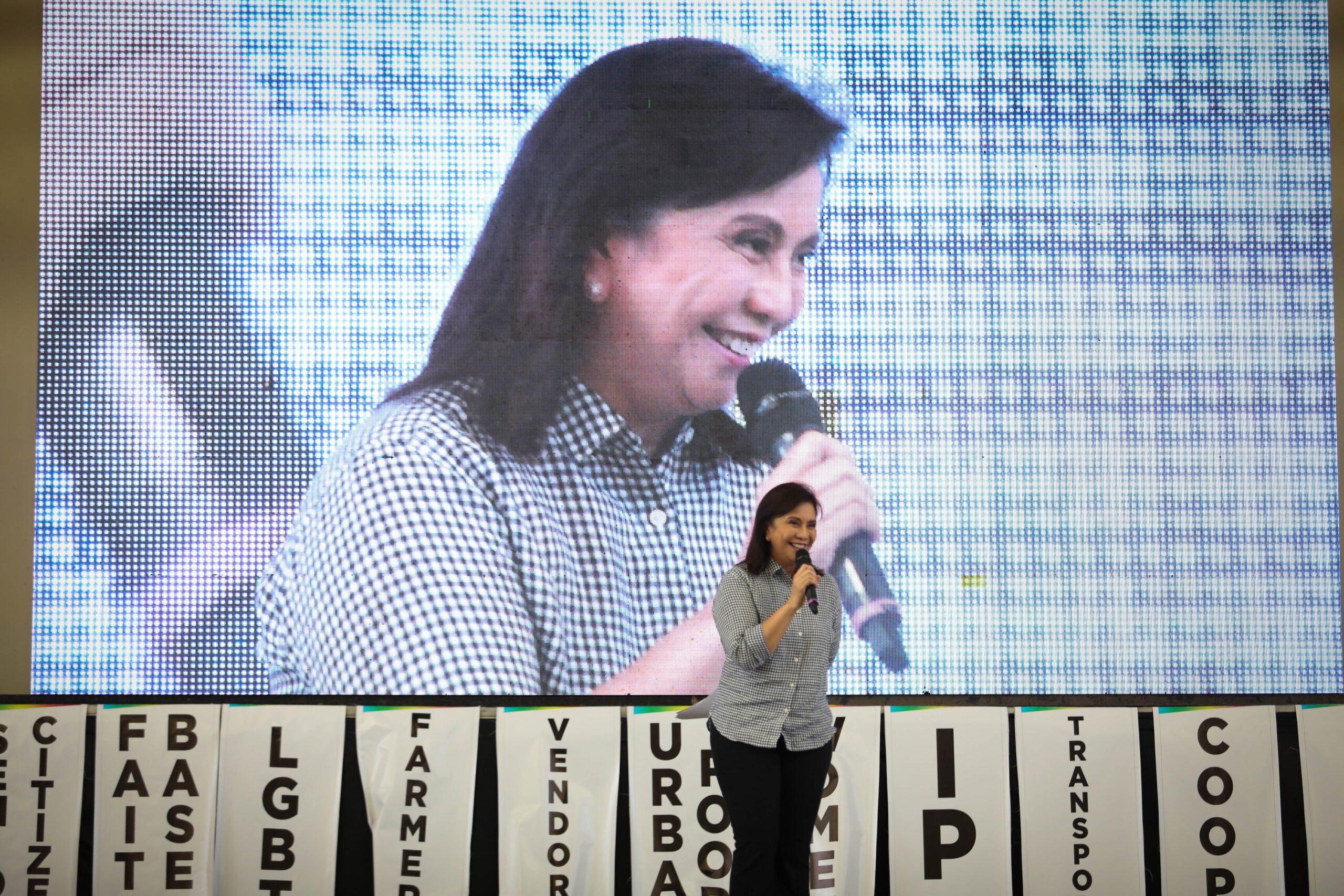 Based on the First Quarter 2019 Social Weather Survey held from March 28 to 31, 63% of Filipinos are satisfied with Robredo’s performance while 21% are dissatisfied, for a “good” +42 net satisfaction rating – an upgrade from her  “moderate” +27 net rating in December 2018.

This is the second highest net satisfaction rating of the Vice President after her +49 rating in September 2016.

The SWS said the 15-point climb can be attributed to increases in Robredo’s net satisfaction ratings in Balance Luzon, the  Visayas, and Mindanao.

Among geographic areas, the Vice President had the biggest net satisfaction rating increase in Balance Luzon, a 26-point jump to a “good” +46 in March from a “moderate” +20.

Robredo’s satisfaction ratings rose in all socioeconomic classes, particularly among the well-off class ABC where her ratings rocketed to a “very good” +65 in March, from a “neutral” zero net rating in December 2018.

SWS released the results on April 23, which happened to be Robredo’s 54th birthday.

Robredo welcomed her improved ratings, and credited it to her flagship Angat Buhay anti-poverty program which, she said, was apparently leaving its mark on communities around the country.

(Perhaps this means to say that the people are somehow feeling the impact of our work. The good news is that this only gives us more inspiration, hope, and determination to continue what we are doing.)

Arroyo continued to have the lowest net satisfaction rating among the 4 officials, though her rating rose by 4 points in March to a “poor” -17 from a “poor” -21.

Among the major issues at the time of the survey were the arrest of Rappler CEO Maria Ressa for an anti-dummy case which groups had deemed as “harassment”  by the Duterte administration, the start of the official campaign period for local candidates, and Facebook taking down 200 pages and accounts organized by Duterte’s social media manager in his 2016 campaign.

The SWS said its  quarterly Social Weather Surveys on public satisfaction with the Vice President, Senate president, Speaker, and Chief Justice are not commissioned. and “are done on SWS’ own initiative and released as a public service.” – Rappler.com