Robredo: If a foreign government provided info for Duterte matrix, this is a crime 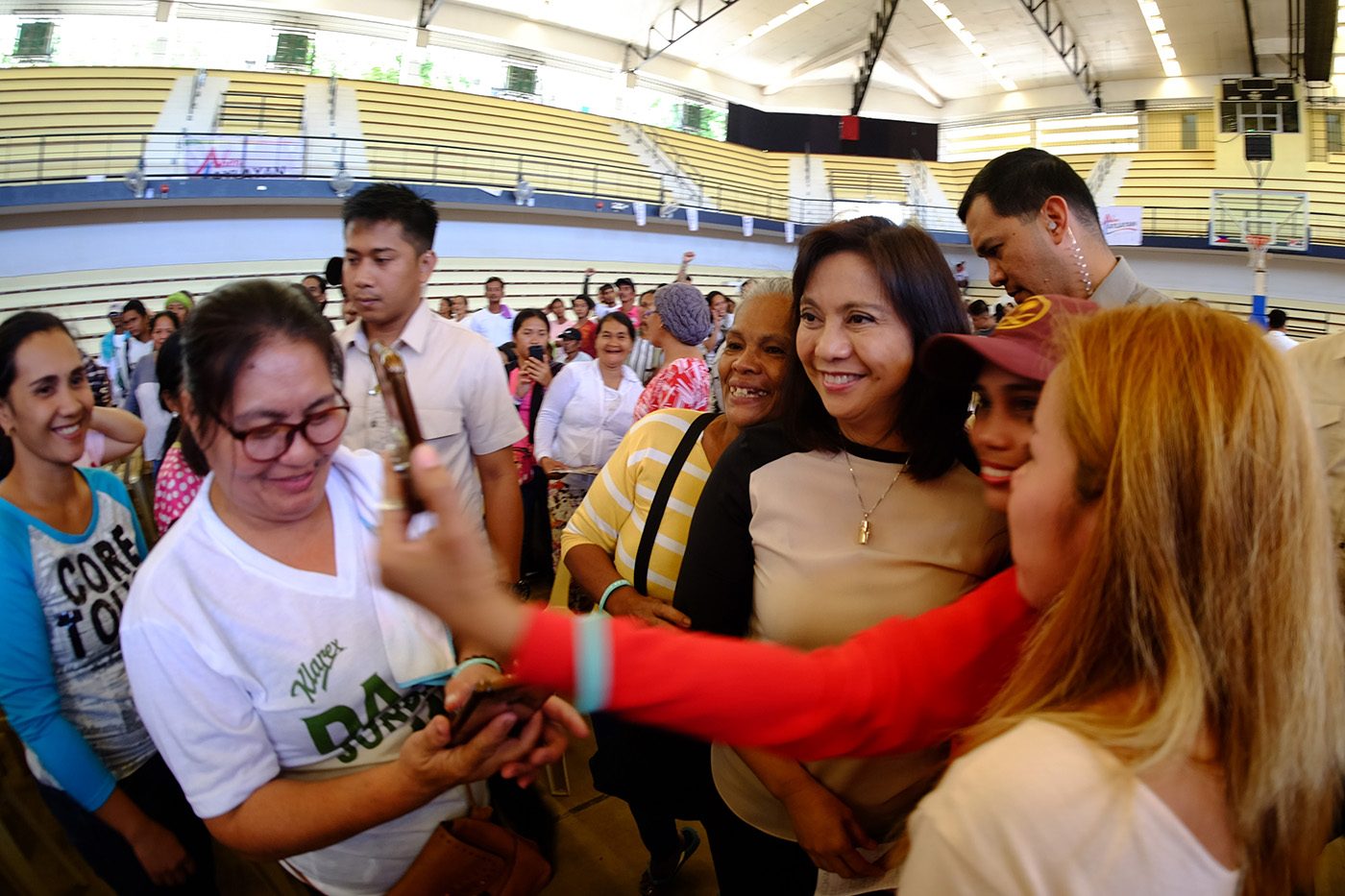 Robredo was referring to the so-called matrix published Monday, April 22, by The Manila Times, linking journalists and human rights lawyers to an alleged plot to oust Duterte.

Duterte admitted the story came from him and that the information he gave the newspaper was provided by a “foreign source.”

The “oust Duterte” matrix is not the first time the President talked about “foreign intelligence sources” sympathetic to him.

On April 16 in Tuguegarao City, Duterte said intelligence reports provided to him by “foreign” sources showed a coordinated media plot to discredit him.

“This is what is dangerous. The President’s pronouncement that the source of his information is a product of spying by a foreign government on the Filipino people,” Robredo said.

She added: “For a president to say it himself that this is coming from a surveillance by another country, that is dangerous. It is not only a violation on the privacy but also in security of our sovereign nation,” Robredo said.

The first obligation of a government official, said the Vice President, is to protect the people.

“Are they saying that they favor this over Filipino citizens?” Robredo ask. “If you let foreign government [surveil Filipinos], it’s like you violate that right to privacy. It is a bad signal,” Robredo said.

Republic Act 4200 prohibits wiretapping and other violations of the privacy of communication.

Robredo said that Duterte should clarify his statements because “he may later say this is a joke. But if it’s not a joke, this is a serious crime that you allow this to happen in our country.”

The Vice President said that now there is a new matrix and the story is the same – it came from surviellance from a foreign government, “I think that President must account for what is true. Is he really allowing this (spying) on our people?” Robredo said.

“He allowed it, that is why he needs to clarify where is this coming from, because if it really came from a foreign government, then it is a crime,” Robredo said.

The media and human rights groups cited in the matrix – the National Union of Peoples’ Lawyers, National Union of Journalists of the Philippines, Philippine Center for Investigative Journalism, Rappler, and Vera Files – have all slammed the allegation as baseless. – Rappler.com