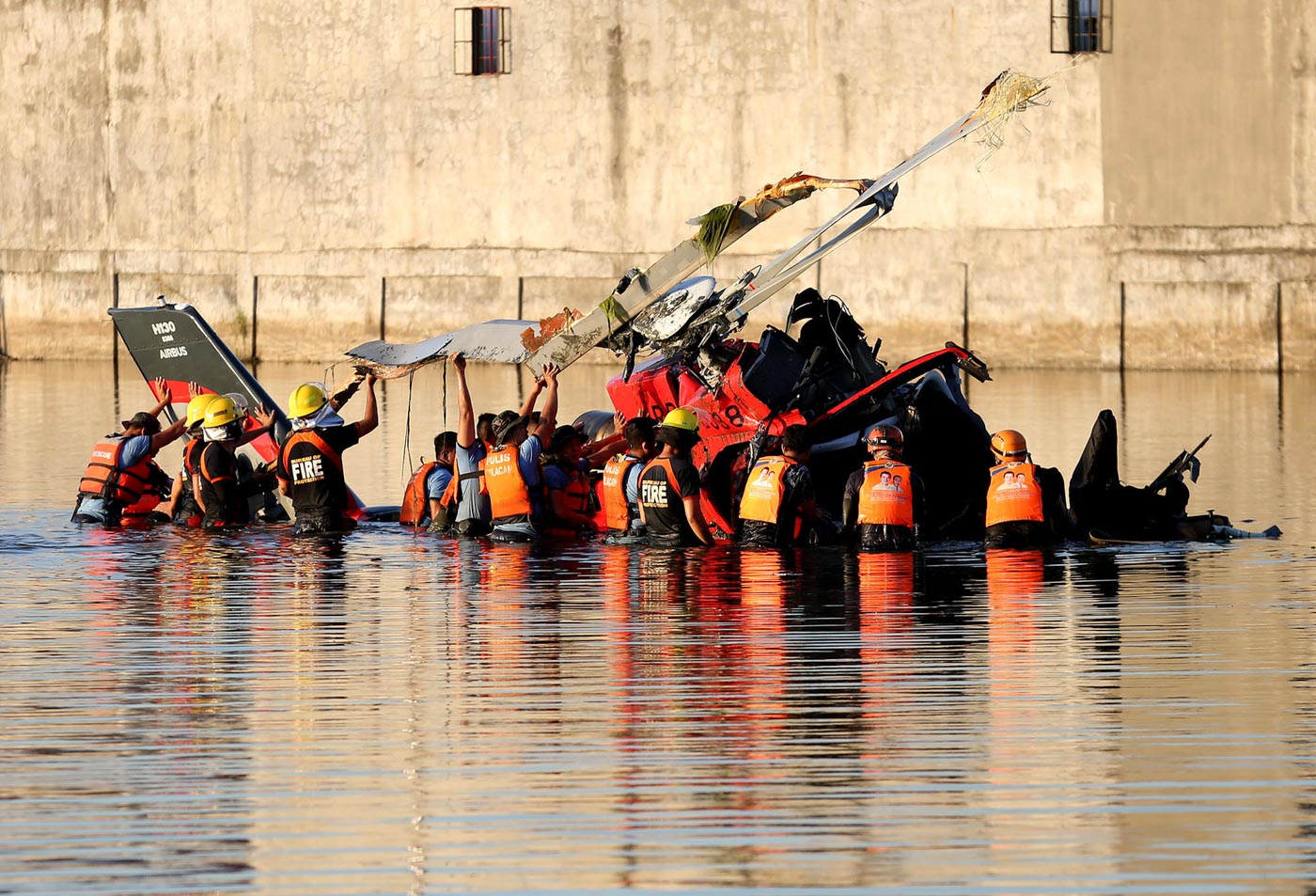 According to the police report obtained by Rappler, Laus and Coronel were immediately declared dead by responding police at the crash site in Barangay Anilao. The two were later brought to the Bulacan Medical Center for doctors to formally pronounce them dead.

Esteban, meanwhile, was rescued but later declared dead on arrival at the same hospital.

The helicopter, with the code RP C8098, was owned by Laus’ LGC Air Transport.

In a separate statement, the Civil Aviation Authority of the Philippines (CAAP) said the helicopter left the NAIA General Aviation hangar at 12:28 pm, bound for San Fernando City, Pampanga.

It crashed into the fishpond in Malolos City at 12:47 pm.

Laus served as CDC president and chief executive officer from 2006 to 2008, and director of the Bases Conversion and Development Authority from 2001 to 2003. He was also co-founder and chairman emeritus of the Pampanga Chamber of Commerce and Industry.

In the 1990s when lahar wreaked havoc in Pampanga, Laus and other business and civic leaders organized the Save San Fernando Movement, which later became a foundation.

Together with the Save Pampanga Movement and the Archdiocese of San Fernando, Laus’ group lobbied for the construction of the 56-kilometer-long FVR Megadike, which served as Pampanga’s last defense against lahar. – Rappler.com