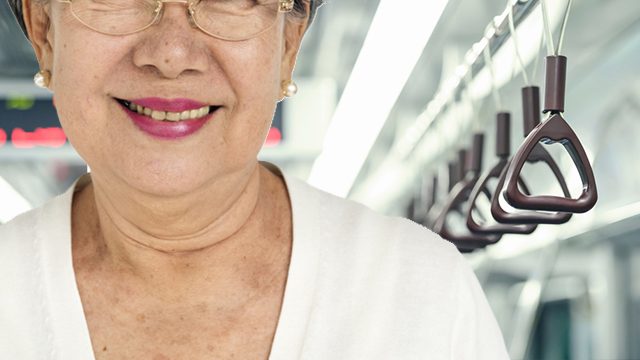 Facebook Twitter Copy URL
Copied
‘Just as what Japan has done, we want to keep our elderly residents productive while providing them with a steady source of income for their essential needs,’ says Mayor Abigail Binay

MANILA, Philippines – The city government of Makati said on Thursday, April 25, it would prioritize hiring senior citizens for the Makati Subway project, which is expected to generate about 10,000 jobs.

Mayor Abigail Binay said partner-companies of the city had agreed to allocate jobs for senior citizens in the city who are still fit to work once the subway becomes operational in about five years.

“Our private sector partners in the Makati Subway project are amenable to hiring able-bodied senior citizens to fill up various posts that will be available once the subway starts its operations about five years from now,” she said in a statement released Thursday.

“Just as what Japan has done, we want to keep our elderly residents productive while providing them with a steady source of income for their essential needs,” the mayor said.

Binay said Makati residents would be prioritized in the hiring of workers for the construction of thee subway.

According to the mayor, the private sector has more leeway in hiring senior citizens than government units and agencies, which are constrained by the age limits set by civil service laws.

She said senior citizens can be hired as customer service representatives, ushers or porters, platform attendants, administrative assistants, utility workers, liaison officers, and surveillance or security aides, among others.

In December 2018, the local government inked a memorandum of agreement with the Philippine Infradev Holdings Inc for the subway project.

The Makati Subway, the first of its kind in the country, will be a joint venture between Makati City and a consortium of local and foreign investors, with no cash out on the part of the city. The 30-year concession with the consortium also includes maintenance and repair of the coaches and the control hub.

The subway system will have two tracks, up to 10 underground stations, and air-conditioned coaches which can accommodate 200 persons per car. The entire system spans 10 kilometers with a train yard, maintenance depot, and central command center at ground level.

The stations will have at least 30 station entrances linked to destinations across Makati, which is eyed to spur the growth of small and medium businesses. It will also be linked to ferry transport, interchanges to the existing MRT 3 line, as well as potential links to the future Japan International Cooperation Agency-funded Metro Manila subway, and to future parking structures and transport feeders outside the existing business districts.

Once completed, the local government said, the Makati Subway will be able to service up to 27,000 passengers per hour per direction. The system also promises an interval of 3 tto 6 minutes between trains on the first year, with 12 operational trains.

In the succeeding years, Makati City is eyeing to have 18 trains with an interval of 2 to 4 minutes. The city is also prepared to accommodate as many as 40,500 passengers per hour during peak hours. The train system will run on an 18-hour operational cycle. – Rappler.com