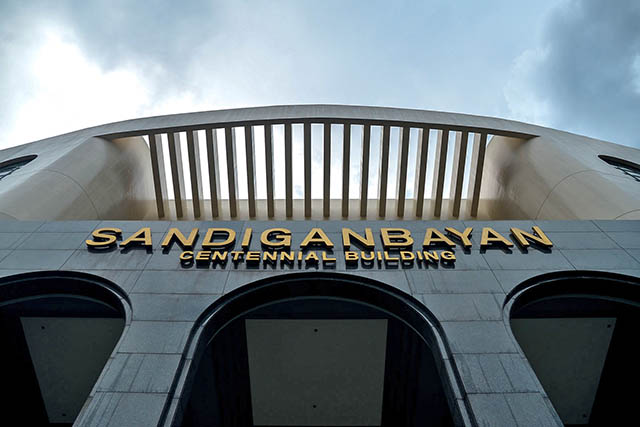 MANILA, Philippines – The Sandiganbayan has dismissed the petition of a man who wanted the anti-graft court to order the Bureau of Internal Revenue (BIR) to pay him a P29.58-billion reward for reportedly helping recover the Marcos family’s ill-gotten wealth.

The Sandiganbayan 7th Division said in at two-page resolution dated April 15 that it did not have jurisdiction over Danilo Lihaylihay’s petition for mandamus.

In his petition, Lihaylihay had insisted that the information he had provided to the government helped find and recover the wealth of the family of the late dictator Ferdinand Marcos kept  in “Swiss banks and deposited in escrow accounts of the PCGG (Presidential Commission on Good Government) at the Philippine National Bank-Trust Banking Group.”

The court clarified that under Presidential Decree No. 1606 as amended by Republic Act No. 10660, the Sandiganbayan may only accept appeals on rulings of the regional trial courts.

“Considering that P.D. 1606 as amended does not give the Sandiganbayan any appellate jurisdiction over the Bureau of Internal Revenue …, the instant Petition is hereby dismissed,” the court ruled.

Lihaylihay filed a similar petition before the Supreme Court, asking it to compel the government to reward him with at least P12 trillion for acting as a “confidential informant” of the government on Marcos ill-gotten wealth.

The High Court dismissed this petition in September 2018.

He also failed to collect on a separate P3.032-billion claim against the BIR after the Commission on Audit threw out his petition for lack of jurisdiction and for forum shopping in 2016.

Lihaylihay had demanded to be paid a share in the P3.6-billion settlement deal in 2008 between the BIR and the Bangko Sentral ng Pilipinas, and in the payment by the BSP of a P6.64-billion tax deficiency assessment in April 2006.

Lihaylihay claimed that his sworn statement formed the basis for the BIR to assess the BSP for deficiency in remitting Gross Receipt Tax in 2004 totaling P1.33 billion, final withholding tax of P858.623 million in 2004, and P7.371 billion for years 2005 to 2007.

The COA junked the claim, saying it should have been directed to the BIR.

At the same time, COA noted that Lihaylihay had previously tried to collect from BIR through a similar scheme.

In 2007, he also also filed a reward claim with the Sandiganbayan for P6.25 billion as informer’s reward from the proceeds of the sale recovered shares of the Philippine Telecommunications Investment Corporation (PTIC).

The Presidential Commission on Good Government however said the claim was baseless noting that the P25 billion proceeds of the sale of the PTIC shares were obtained by the government without Lihaylihay’s help. – Rappler.com