Duterte tells Palarong Pambansa athletes to stay away from drugs 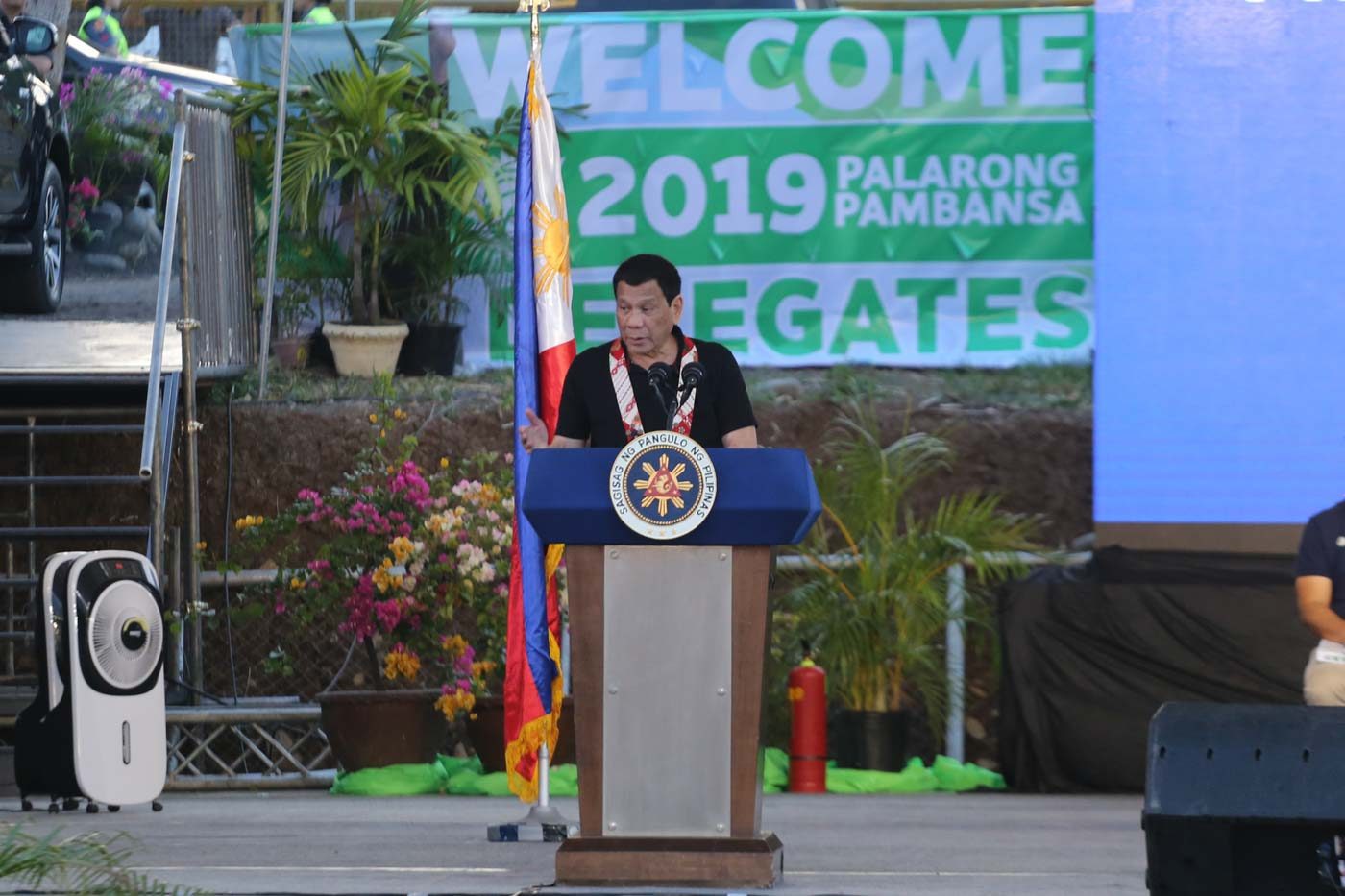 DAVAO CITY, Philippines – As in many of his past speeches, President Rodrigo Duterte mentioned his bloody anti-drug campaign when he spoke at the opening ceremony of the Palarong Pambansa 2019 on Sunday, April 28.

Duterte urged the student-athletes gathered at the University of the Philippines Sports Complex in Davao City to veer away from drugs, which he said would make a family crumble.

He also said parents should do their part by encouraging their children to do sports instead and “keep away from illegal drugs.”

Duterte repeated his claim that there are now around 7 million Filipinos who are supposedly “slaves to a drug called shabu.”

“After I assumed office, the extent of the problem had been discovered,” he said. “All the time, the problem of drugs was kept under the rug [by past presidents].”

Duterte first gave his estimate of 7 million in a PDP-Laban campaign rally last February 23. The Philippine National Police, however, said it does not know where the President gets his statistics.

On Sunday, Duterte told student-athletes and spectators that the figure only represents those whose “social function had entirely been diminished.”

The Duterte administration’s war on drugs has been condemned due to the thousands of deaths linked to it, both in police operations and at the hands of vigilantes. – Rappler.com