MANILA, Philippines – Sunday marks the first anniversary of the magnitude-9.0 quake that struck Japan on March 11, 2011 – a disaster that the United Nations (UN) considers a learning experience for the rest of the world.

“One of the great learnings from the Great East Japan Earthquake and Tsunami, which can be applied in many other disaster-prone countries, is the absolute importance of preparing populations at risk for the worst-case scenario,” said the UN secretary-general’s special representative for disaster risk reduction, Margareta Wahlström.

When the March 2011 earthquake struck, Japan was known to have prepared itself well for destructive earthquakes. Even then, last year’s earthquake and the resulting tsunami left 15,829 persons dead, 5,943 injured, and 3,725 missing, according to the latest data from Japan’s National Police Agency.

“Japan excels when it comes to public awareness of risks, evacuation drills and mobilizing the population in a way that few other countries can emulate. We are aware of examples of where schoolchildren seized the initiative and escaped the tsunami while also helping younger children to flee,” Wahlström said.

More people would have died if the public had not responded to early warnings, Wahlström added. “Let us not forget this great achievement when discussing all the other things that could have been done better.” 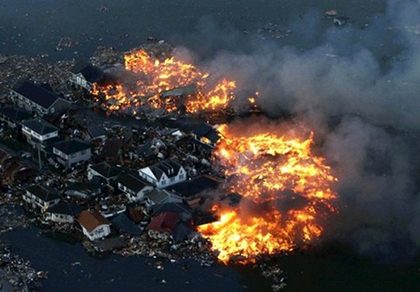 For the Philippines, the question is how it will recover if faced with a similar disaster. The country, which sits on the earthquake-prone Pacific Ring of Fire, is among the world’s most disaster-prone.

Even with the magnitude-9.0 earthquake in Japan, the Philippines surpassed Japan in terms of the number of people affected by calamities like floods, storms, and earthquakes in 2011.

In an interview with Rappler in January, UN’s Wahlström said a number of Philippine municipalities “lack practical experience on how to plan (for disaster risk reduction), how to prepare, and how to keep it going.”

This, she said, is the Philippines’ biggest problem in terms of disasters.

The key is to build each local government’s concrete plans and apply these down to the barangay level, the experts said.

“If we’re able to match our efforts with the local governments’ capacity-building at the local level, that will, of course, translate to national capacity,” said Manila Observatory executive director Antonia Loyzaga.

“It’s a cross-cutting issue that affects the food we eat, the water we drink…and our very lives,” Legarda said. “It’s a matter of survival and the greatest humanitarian challenge of all times.” – Rappler.com