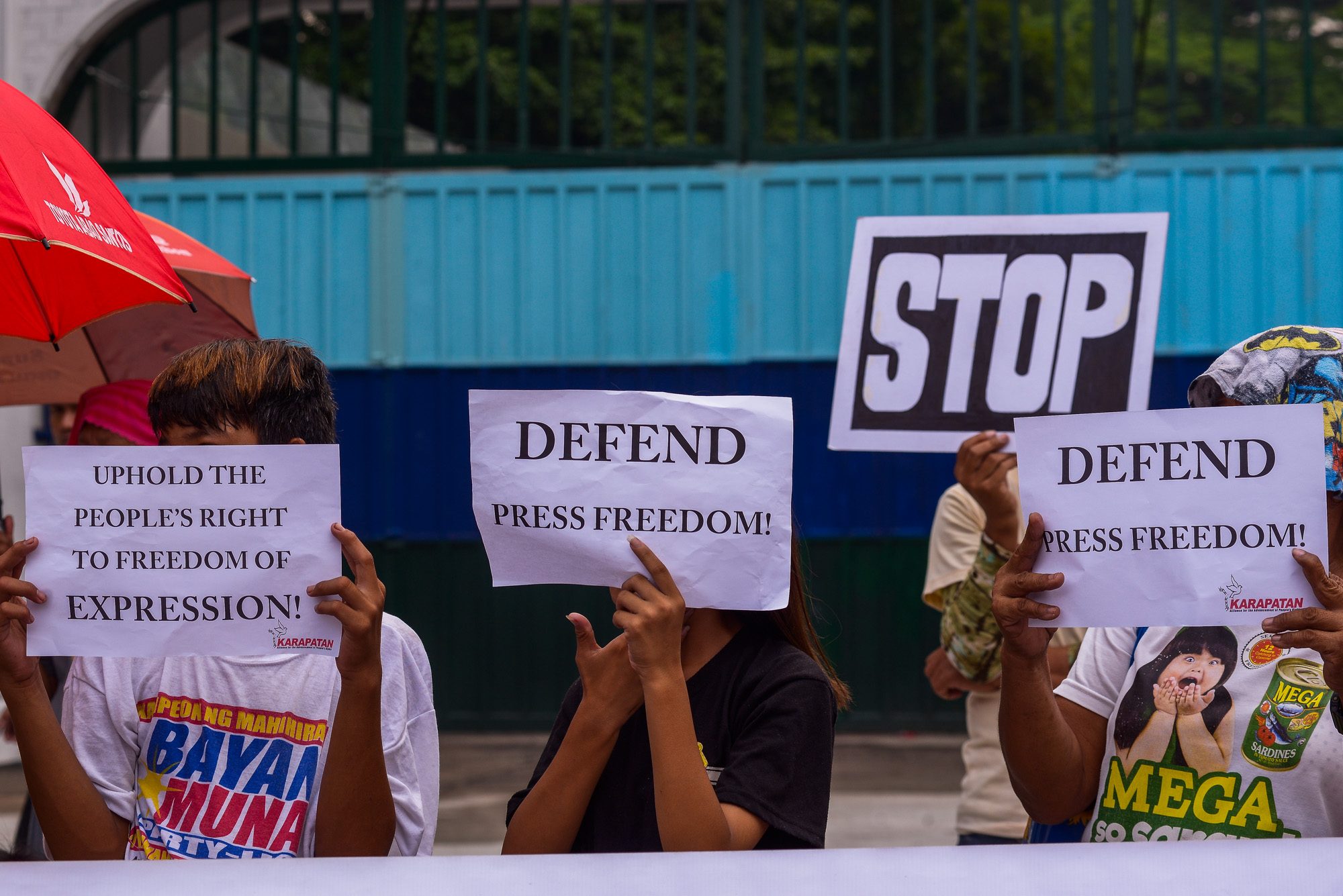 Facebook Twitter Copy URL
Copied
The NUJP says 'more than any administration since the unlamented Marcos dictatorship, never have freedom of the press and of expression been under siege as during the presidency of Rodrigo Duterte'

MANILA, Philippines – More than a week after a so-called matrix of an “oust Duterte” plot unravelled, Filipino journalists on Friday, May 3, commemorated World Press Freedom Day with an emphasis on defending a press that is “under siege.”

The National Union of Journalists of the Philippines (NUJP) said in a statement “more than any administration since the unlamented Marcos dictatorship, never have freedom of the press and of expression been under siege as during the presidency of Rodrigo Duterte.

The NUJP was among a handful of agencies and groups mentioned in the unverified “ouster” list. (READ: Malacañang’s copy of ‘ouster matrix’ came from unknown number)

“Never has any president, Marcos included, openly spearheaded the attacks and vilification of media. We have also seen how he and his minions wield the lie as a weapon against the profession of truth.

“On this day, let us, the community of independent and critical Filipino journalists, reflect on our role in the preservation and advancement of democracy, and rededicate ourselves to defending our rights and liberties that we may continue serving our people’s right to know.”

The Foreign Correspondents Association of the Philippines (FOCAP) said in a statement:  “More than ever, it is a time to close ranks because truth is the bedrock of everything we hold dear as a country and people.”

FOCAP also produced a video showing the value of a free press.

The Foundation for Media Alternatives (FMA) said in a statement it “is one with the community in promoting press freedom as a basic human right, one that needs to be protected more than ever amid threats facing journalism and journalists.”

FMA, which assists civil society organizations and other disadvantaged sectors in the use of information and communications technologies for empowerment, called for a “stop (to) the attacks on free expression, and to fight back against disinformation and all forms of repression.”

It reiterated a push “to decriminalize libel as it is used to harass critics of those in power.”

In the academe, the University of the Philippines College of Mass Communication (UP-CMC) also marked World Press Freedom Day saying “the attacks, (on media) especially those from government forces, seek to undermine its independence and ability to report on our government’s actions and hold public figures accountable.”

The UP-CMC called on the public to “protect our fundamental right for information and a free press; support efforts to uphold the rule of law and fight ‘fake news’; and continue to hold truth and justice in high value.”

It added, “Democracy can only be upheld if there is a free press that serves as a faithful chronicler of contemporary events; a platform for diverse voices to be heard; and, most importantly, as the public’s watchdog of inept, abusive and corrupt governance.” – Rappler.com