May 4, 2019 4:25 PM PHT
Camille Elemia
Facebook Twitter Copy URL
Copied
The 24-member Senate under the next Congress will be filled with members from political dynasties 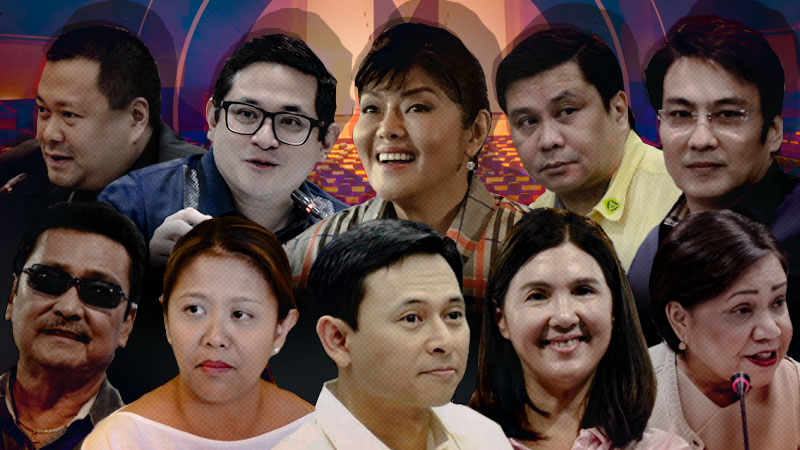 MANILA, Philippines – Ten of the 14 senatorial candidates who have a chance of winning in the May 13 elections come from political dynasties.

The Pulse Asia Pulso ng Bayan survey, conducted from April 10 to 14, showed that if elections were held during the polling period, familiar and powerful names from political families would dominate the new batch of senators:

Of the 14 names, only 4 do not come from political dynasties: Poe, Go, Dela Rosa, and Pimentel.

Pimentel is the son of former Senate president Aquilino “Nene” Pimentel Jr. But the son became a senator after his father’s term.

Poe, Go, and Dela Rosa might not have come from well-entrenched political families, but they have their own source of popularity. Poe is the daughter of the late action king Fernando Poe Jr and popular actress Susan Roces. Go is the closest aide of President Rodrigo Duterte, while Dela Rosa is a former chief of the Philippine National Police and another trusted man of the Chief Executive.

The 1987 Constitution says, “The State shall guarantee equal access to opportunities for public service, and prohibit political dynasties as may be defined by law.” (LOOK: Political dynasties use party list as backdoor to Congress)

But more than 3 decades since, Congress – filled with members of dynasties – has yet to pass a law banning dynasties. The closest was an anti-dynasty provision in the Sangguniang Kabataan Reform Act. (READ: [OPINION] Comelec’s role in implementing ban on political dynasties)

Here’s a list of the 11 candidates’ relatives either already in politics, was in politics, or aspiring to be elected:

In a February 2018 Senate hearing, dean Ronald Mendoza of the Ateneo School of Government said that the number of powerful clans per position increased between 2007 and 2016: from 75% to 78% among district representatives; from 70% to 81% among governors; from 58% to 70% among mayors. – with Rappler Research/Rappler.com