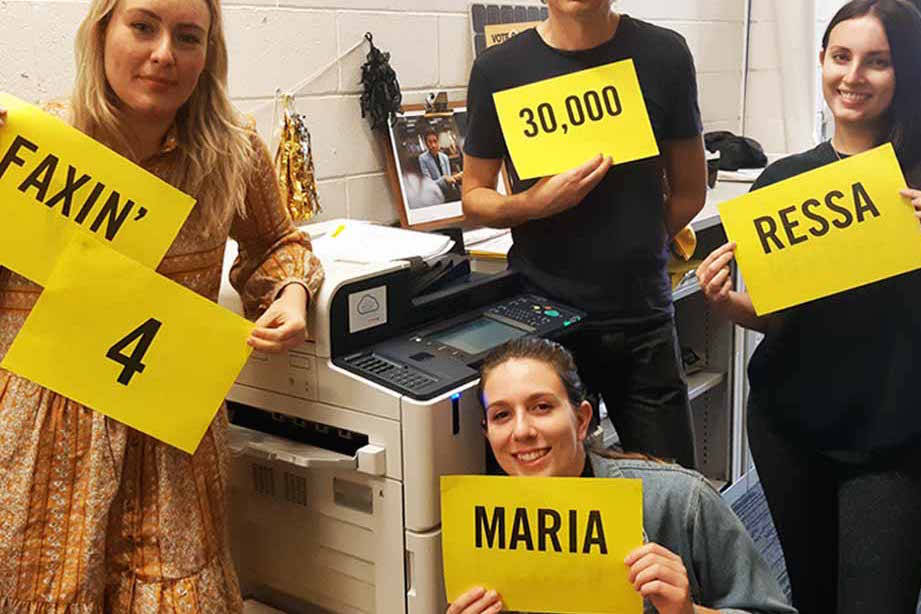 In a tweet, the human rights group said it faxed the petition, with nearly 30,000 signatures, requesting Philippine Justice Secretary Menardo Guevarra to drop the “politically motivated” and “trumped up” charges against Rappler and Ressa, and to uphold press freedom.

“You guys did it! We just faxed nearly 30,000 of your names over to the authorities in the Philippines! Thanks for standing with journalist Maria Ressa,” Amnesty International Australia said in a tweet.

<blockquote class=”twitter-tweet” data-lang=”en”><p lang=”en” dir=”ltr”>You guys did it! We just faxed nearly 30,000 of your names over to the authorities in the Philippines! Thanks for standing with journalist Maria Ressa this <a href=”https://twitter.com/hashtag/WorldPressFreedomDay?src=hash&amp;ref_src=twsrc%5Etfw”>#WorldPressFreedomDay</a>  <a href=”https://t.co/NcMXaBbMeN”>pic.twitter.com/NcMXaBbMeN</a></p>&mdash; Amnesty International Australia (@amnestyOz) <a href=”https://twitter.com/amnestyOz/status/1124194377574899712?ref_src=twsrc%5Etfw”>May 3, 2019</a></blockquote>
<script async src=”https://platform.twitter.com/widgets.js” charset=”utf-8″></script>

The petition, signed by supporters worldwide, called on the DOJ “to act swiftly to uphold and protect the freedom of the press.”

“Specifically, I urge you to drop the charges against Maria Ressa and Rappler, which appear to be solely politically motivated, end the harassment of the media, journalists, and critics of the Duterte administration, and take measures to guarantee their right to freedom of expression and assembly,” the petition read.

As of March 2019, a total of 11 complaints and cases have been filed against Ressa, Rappler directors, and staff.

Rappler has been subject to harassment and intimidation by the Duterte administration. Philippine President Rodrigo Duterte himself has repeated false allegations against Rappler, including being supposedly funded by the United States Central Intelligence Agency.

Its reporters and correspondents have also been barred from covering all presidential events across the country. (READ: Rappler asks Supreme Court to end Duterte coverage ban) – Rappler.com