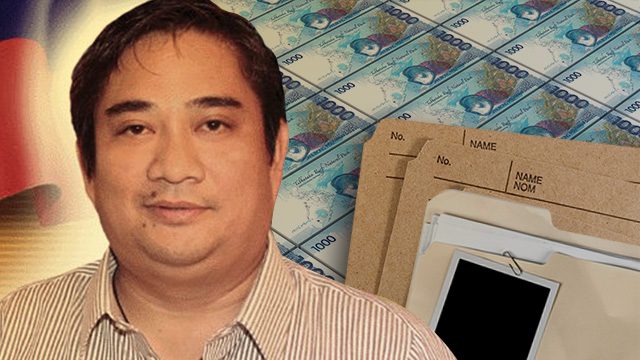 Facebook Twitter Copy URL
Copied
The Office of the Ombudsman also files criminal charges against 3 Department of Agriculture officials and 4 others, including Janet Napoles

MANILA, Philippines – The Office of the Ombudsman has filed graft and malversation charges before the anti-graft court Sandiganbayan against former Nueva Ecija 3rd District representative Aurelio Umali, 3 Department of Agriculture (DA) officials, and 4 others, including Janet Napoles, in connection with the pork barrel scam.

Umali, DA-Regional Field Unit 3 (DA-RFU 3) acting regional director Renato Manantan,  and DA-RFU 3 accountant Narciso Maningding were each charged with 4 counts of graft and 3 counts of malversation of public funds over the alleged unlawful diversion of government funds to non-governmental organizations (NGOs), including some connected to Napoles.

DA-RFU junior accountant Renato Manalansan was charged with one count of graft.

The private defendants in the cases are:

The Ombudsman recommended P30,000-bail bonds for each count of graft, alongside a P40,000 bail bond per count for the malversation cases.

Prosecutors said Umali endorsed SMPGI as a project partner even if it was not accredited by the government and was not qualified to carry out DA-funded agricultural development projects for the 3rd District of Nueva Ecija. The NGO received a total of P3 million to implement the project.

The Office of the Ombudsman said that instead of implementing the project, SMPGI allegedly diverted the money to the NGO representatives, in conspiracy with Umali and the DA officials.

The graft case involving Napoles, Manantan, and De Leon were in relation to a P12-million allocation from Umali’s Priority Development Assistance Fund in December 2005,  meant for livelihood projects in Umali’s district.

Graft investigators discovered that the project supposed to be implemented by MAMFI  “turned out to be non-existent.”

De Leon was listed as co-accused but the body of information provided did not mention any of her participation in the alleged crime. – Rappler.com