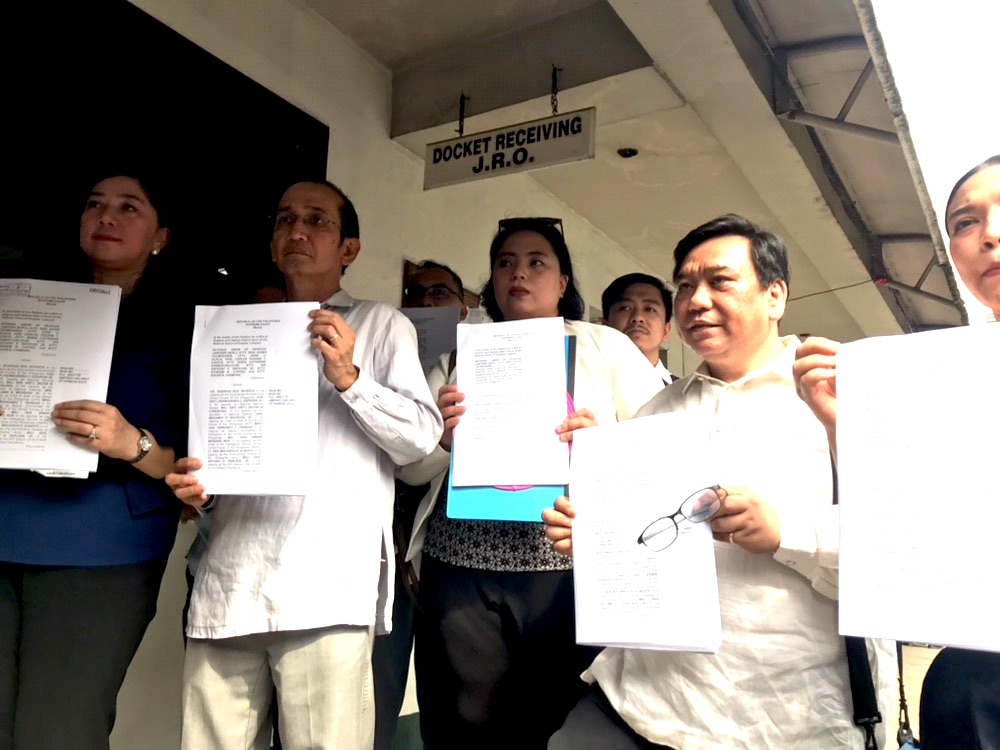 MANILA, Philippines – The Duterte government told the Supreme Court (SC) that human rights lawyers do not need a protection order from the government and the military, saying “there is no extralegal killing and enforced disappearances” among the lawyer’s ranks.

Solicitor General Jose Calida, on behalf of President Rodrigo Duterte and the military top brass, made the argument as he filed before the SC on Wednesday, May 8, a return of the writ of amparo issued to human rights group National Union of Peoples’ Lawyers (NUPL).

A writ of amparo is a legal remedy seeking a protection order – which the SC issued to the NUPL on May 3 – compelling the government to explain themselves with regard to the accusation of red-tagging and harassment.

Parlade, the Armed Forces of the Philippines deputy chief of staff for civil military operations, had publicly accused the NUPL of links to communist rebels and had asked the European Union to audit human rights groups for allegedly using financial aid to help the rebels.

Calida based his reasoning on Section 1 of the Rule on the Writ of Amparo. However, the definition that involves extralegal killings and enforced disappearances is the second definition in the rule.

This is the first definition: “The petition for a writ of amparo is a remedy available to any person whose right to life, liberty and security is violated or threatened with violation by an unlawful act or omission of a public official or employee, or of a private individual or entity.”

The NUPL’s petition noted to the Court that there have been 55 lawyers attacked and threatened since July 2016, when Duterte assumed the presidency, and of this number, 36 were killed. (READ: International probers: No effective investigation of lawyer killings in PH)

The NUPL claimed that aside from Paralde’s public statements, some of their members were being subjected to what they called army-sanctioned heavy surveillance and harassment.

But Calida said the NUPL’s petition “is not supported by any independent and credible evidence, and hence, stands more precariously than one standing on a nebulous ground.”

“Don’t blame government for your being tagged as RED. You have always been RED by the way you respond to situations. Your name is all over the RED websites,” was one of Parlade’s statements against NUPL and other human rights groups such as Karapatan, which filed a supplemental petition with the High Court.

Calida said “these alleged threats are, however, a mere amalgamation of facts based on newspaper clippings and unverified statements, threats more imagined than real, and exaggerated to create the ghost of a cause of action.”

Citing an earlier SC ruling, Calida said: “The Supreme Court elucidated that the writ of amparo is, however, an extraordinary remedy, and being a remedy of extraordinary character, it is not one to issue on amorphous or uncertain grounds but only upon reasonable certainty.”

Duterte was named as a respondent, and among those the SC ordered to explain with regard to the accusations.

Calida said the President could not be impleaded because of his immunity from suit.

“Furthermore, the petition is simply bereft of any allegation as to what specific presidential act or omission violated or threatened to violate petitioners’ protected rights,” Calida said.

The Court of Appeals (CA) will hold a hearing on May 14 to decide whether there needs to be a protection order for the NUPL, which will look like a restraining order of sorts.

The SC had also issued a writ of habeas data, and initially compelled the Duterte government and the military to turn over to the Court all their information on the lawyers.

The NUPL has also complained to the SC its inclusion in a Malacañang-backed ouster matrix, which groups called completely baseless. – Rappler.com