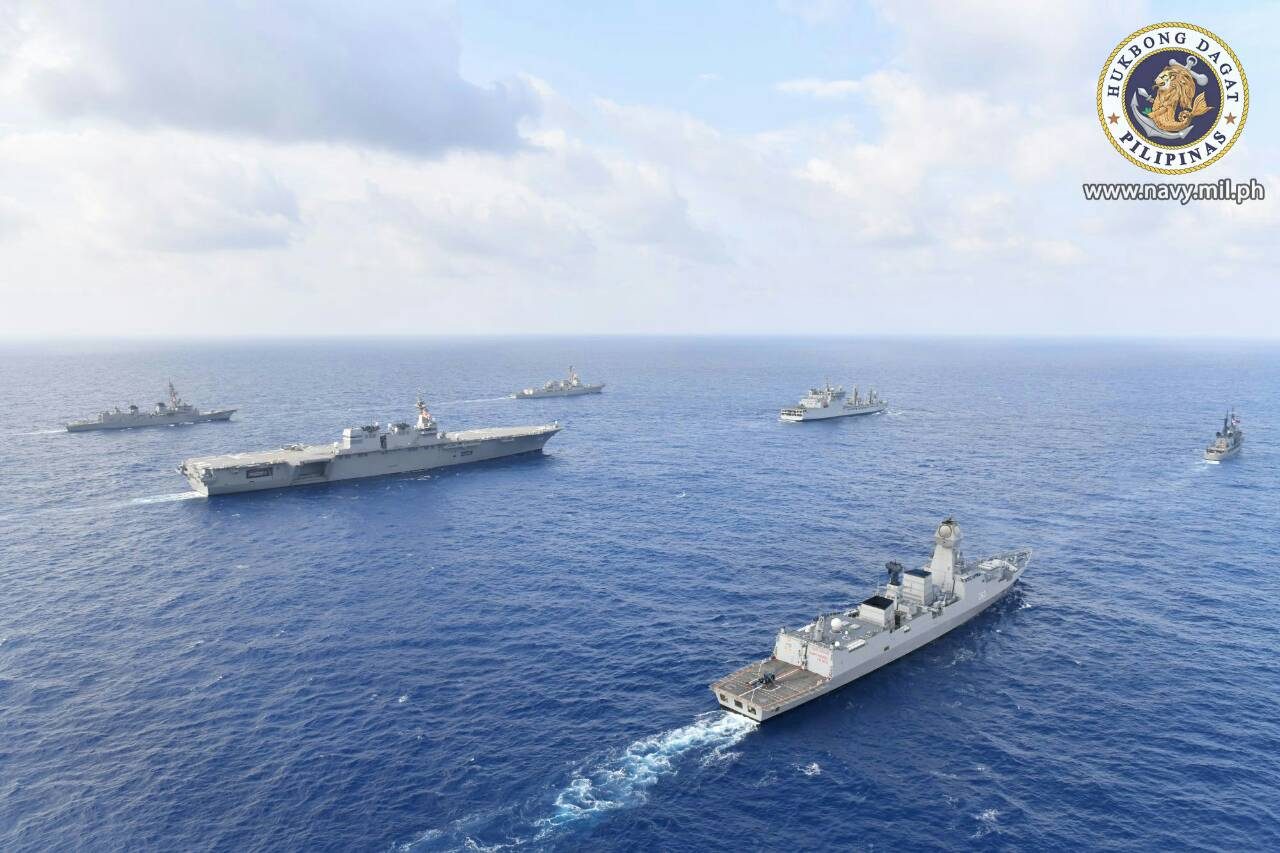 Facebook Twitter Copy URL
Copied
Their sail comes as China continues with its rapid military expansion in the South China Sea, which has reached even the part that belongs to the Philippines

“Navies from the Philippines, India, Japan, and the US transited international waters to Changi, Singapore, where the second phase of ADMM-Plus MARSEC FTX 2019 will be concluded,” the Philippine Navy said in a statement on Thursday, May 9. (READ: South China Sea covered by PH-U.S. Mutual Defense Treaty – Pompeo)

The four-country fleet was comprised of the following vessels

According to the Philippine Navy, the exercise aimed to “deepen the partnership” among the allies, oil up their coordination, and promote “freedom of safe navigation in the region.”

The sail came as China continues with its rapid and intrusive expansion in the South China Sea, which has reached even the part that belongs to the Philippines.

Here are photos of their trip: