Comelec on election woes: Hands tied due to procurement law 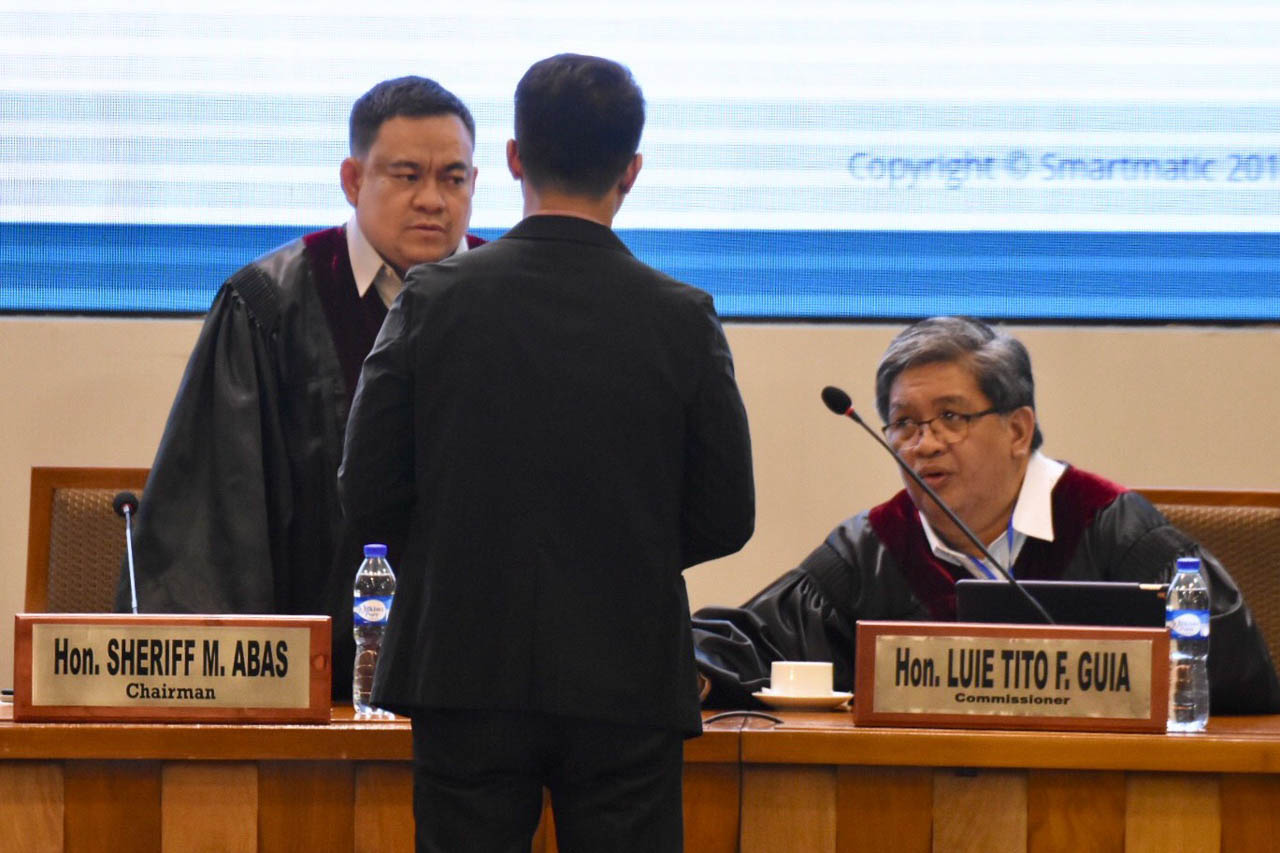 MANILA, Philippines – The Commission on Elections (Comelec) said it encountered problems in this year’s polls because its hands were tied by the procurement law limiting its choice of suppliers of markers, SD cards, and other paraphernalia.

Comelec Chairman Sheriff Abas offered this explanation after he was asked in a press conference on Tuesday, May 14, about a host of problems encountered by the poll body – from 1.02 million bleeding markers, to 961 defective vote-counting machines (VCMs), and 1,665 malfunctioning SD cards.

Abas said these VCMs and election paraphernalia suffered a mismatch.

Abas said the difference of the 2019 and the 2016 elections is that in 2016, the bidding of election materials was “bundled.”

This means there was only one supplier of vote-counting machines, marking pens, paper, and SD cards – that was technology provider Smartmatic.

Abas said that after the 2016 elections, the Comelec requested budget from the Department of Budget and Management, and the DBM said the Comelec can exercise its option to purchase (OTP). This was why the Comelec managed to buy the machines from 2016.

The Comelec chairman said the poll body, however, cannot do anything about this, “because that’s part of the procurement law. “Hindi puwede bu-bundle mo na lang ‘yun na gano’n gano’n lang so nag-procure kami lahat no’n at dumaan sa procurement law,” he said. (You cannot bundle these things just like that, so we procured all of those and went through the procurement law.)

He said Smartmatic, in fact, made a bid to supply SD cards, but lost because the cost of their bid was around P70 million. The supplier that won the bidding, on the other hand, had a bid worth P29 million.

Comelec Commissioner Rowena Guanzon, a former commissioner of the Commission on Audit, then commented that the “lowest bidder rule” is not always good.

She suspects that during the bidding process, the supplier presented high-quality SD cards, but the supplier cut its costs and provided “cheap” SD cards because it offered the lowest bid anyway.

(So to the public, you always ask Comelec about our huge expenses. There, it’s the lowest bidder, so it’s cheap.) – Rappler.com