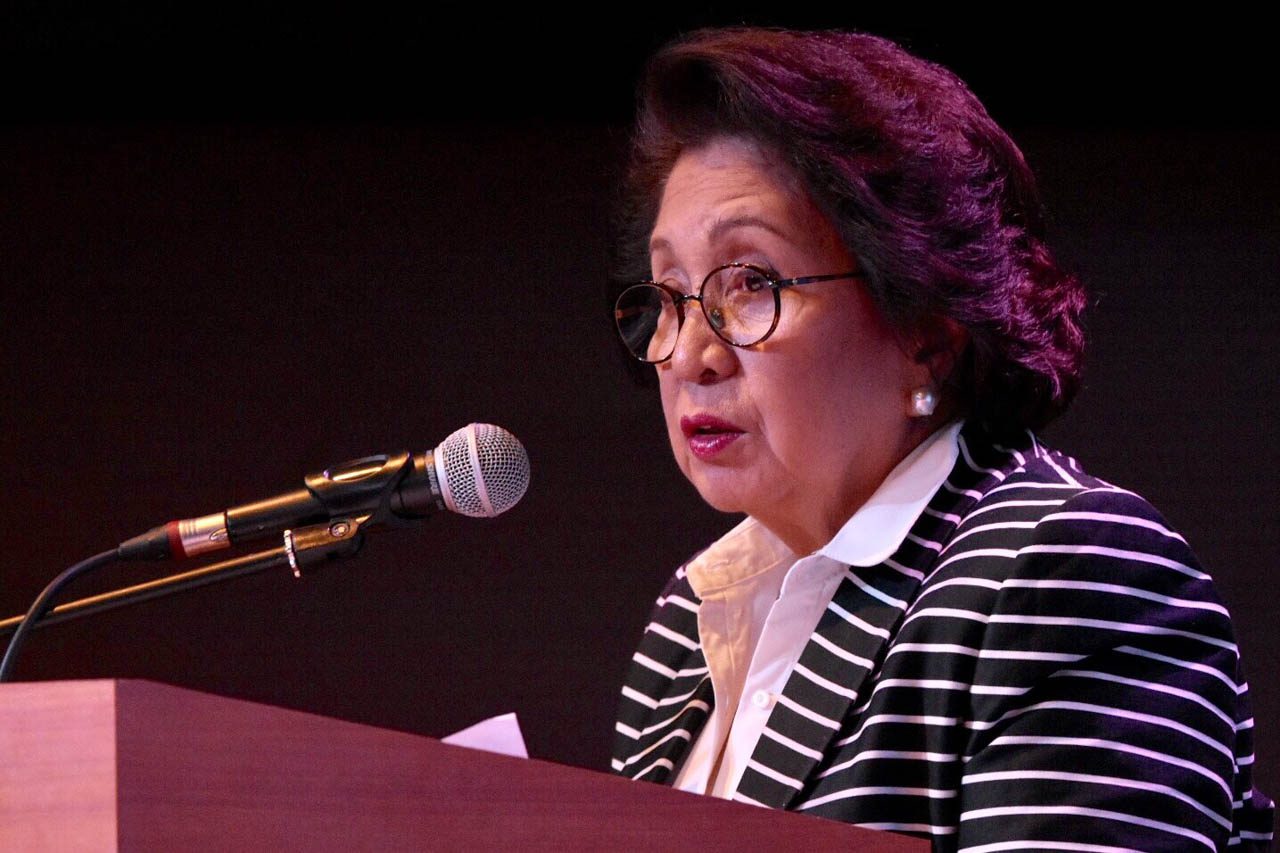 Morales arrived at the Hong Kong airport at 11 am on Tuesday. She was with her husband, son, daughter-in-law, and two grandchildren for a vacation. Filipinos enjoy visa-free entry to Hong Kong.

According to Morales’ lawyer Anne Marie Corominas, Hong Kong immigration authorities said that the former ombudsman “is a security threat.”

“How is a 78-year-old former anti-corruption ombudswoman a ‘security threat’ in HK-China?” Corominas told Rappler in a message.

Corominas also said the Philippine consulate tried to help Morales, who was held alone, without her family.

While Morales’ family was “allowed entry” into Hong Kong, they will return to Manila with her on Tuesday night.

“Her family no longer felt welcome in HK-China and did not want to stay in HK-China without her. So they will also return to the Philippines with former ombudswoman Carpio Morales,” Corominas said.

Philippine Foreign Secretary Teodoro “Teddyboy” Locsin Jr claimed in a tweet on Tuesday that “HK port authorities have allowed [Morales] in, but she and her family have chosen to stay in the airport with DFA (Department of Foreign Affairs) people and take a 6 o’clock flight back to Manila.”

In Manila, Presidential Spokesperson Salvador Panelo said, “I already called up Usec Abella (Foreign Undersecretary for Strategic Communications Ernesto Abella) as Secretary Locsin is in Myanmar, and requested him to give assistance to former ombudsman Morales and her family. He already replied and said they are already on it.”

ICC case behind it?

“Regardless of the reason, however, we may not question the action taken by Chinese immigration officials, as the entry of foreigners or the refusal thereof is the exclusive and sovereign prerogative of any country,” he added.

Del Rosario also believes Morales was barred from entering Hong Kong because of the ICC complaint.

“One of the reasons we had filed our case in the ICC is to be able to push back against the bullying and harassment that we have been encountering from our Goliath of a neighbor,” Del Rosario said.

“Today, with the holding of former ombudswoman Conchita Carpio Morales by immigration authorities in Hong Kong as a security risk presumably due to the ICC case that we had filed, we are experiencing more of the same.”

The former foreign secretary said he is “grateful to the DFA for their efforts in helping the former ombudswoman.” – with reports from Paterno Esmaquel II and Pia Ranada/Rappler.com