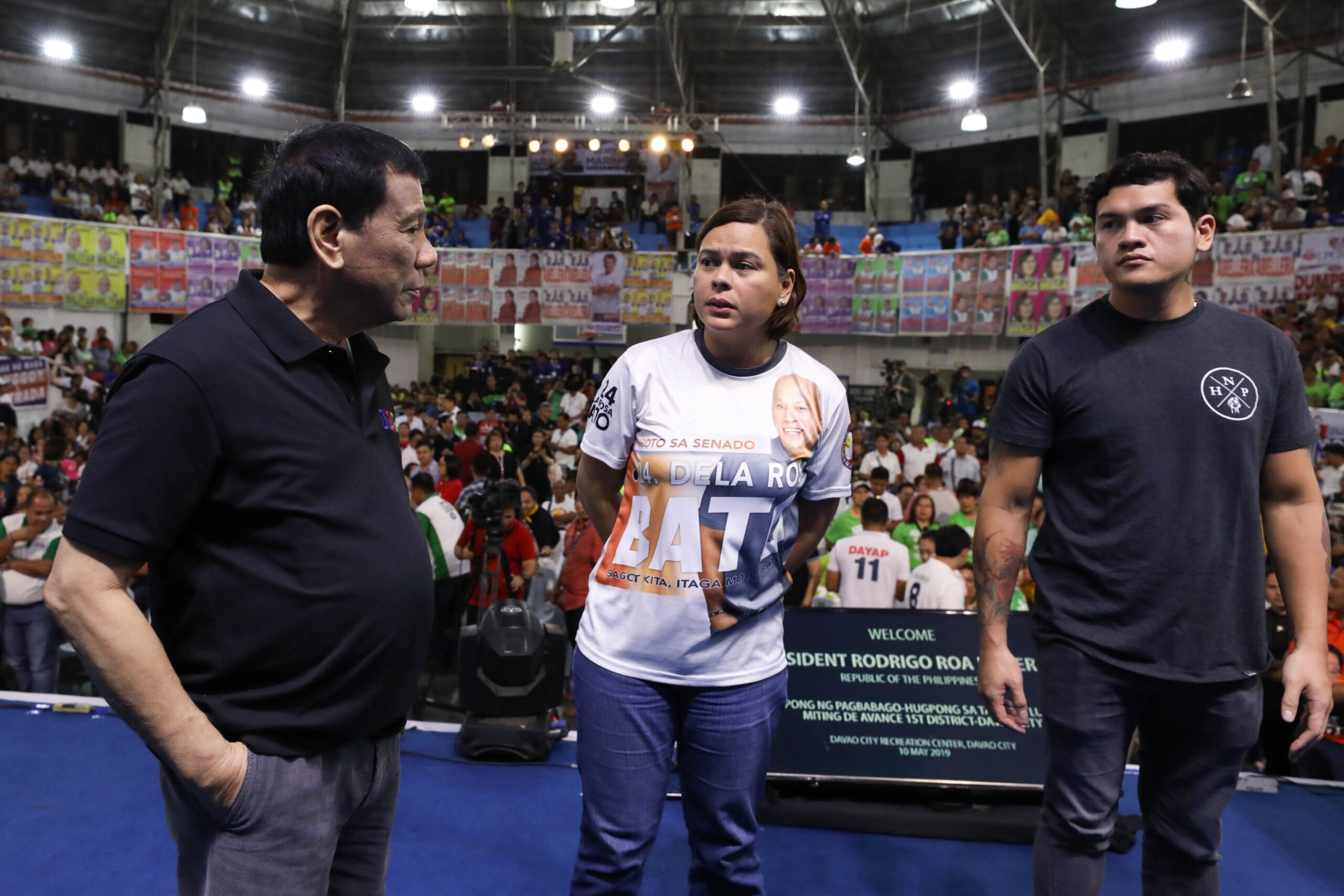 This was Davao City Mayor Sara Duterte’s response to reelected Davao del Norte 1st District Representative Pantaleon Alvarez who offered to make peace with her after the 2019 elections.

“I have no intention of accepting Rep Bebot Alvarez’s offer of reconciliation because the offer was deceiving and utterly lacked sincerity,” Sara said on Tuesday, May 21, in a statement.

The President’s daughter alleged that Alvarez made a slur against her after his successful reelection bid and that the moment was recorded as proof of his insincerity.

“Unknown to him, he was surreptitiously videotaped when he threatened, after his win in the recent elections in Davao del Norte, ‘Ipapahiya ko si Sara‘ (I will humiliate Sara),” she said.

She described Alvarez, a former Speaker who she helped oust, as a “very dangerous, machiavellian individual who does not deserve peace.”

Sara had other things to say about House members seeking the speakership.

She claimed that new Taguig City 1st District Representative Alan Peter Cayetano made a “veiled threat” against her should she decide to support the speakership bid of Marinduque Representative Lord Allan Velasco.

“Cong-elect Alan Peter Cayetano was correct when he said that he did not seek for my endorsement when he came to Davao to talk to me sometime last year. He, however, came with a veiled threat, that if I endorse Rep Velasco for Speaker, I would break up the ‘group.’ And this, he said, will affect the presidential elections of 2022,” Sara said.

She brushed aside her expressions of support for other members of the House, Velasco and Leyte 1st District Representative Martin Romualdez, saying they were not really “endorsements.”

“There is no truth to the claims made by Rep Prospero Pichay that I ‘recommended’ Rep Martin Romualdez as Speaker of the House. If I did raise his hand during the HNP rally in Tacloban, I did so because he, just like Rep Lord Allan Velasco, is supportive of the reform agenda of President Duterte,” she said.

The Davao City mayor downplayed her role in the choice of next Speaker. This, despite multiple lawmakers and even her father acknowledging Sara’s key role in the ouster of Alvarez and the speakership of former president and now Pampanga 2nd District Representative Gloria Macapagal Arroyo.

This time around, Sara said, she’s not out to change the fate of the lower chamber. But she admits having a “personal bet” whose name she does not mention. – Rappler.com