Comelec to withhold payment for suppliers of defective election materials

May 22, 2019 6:00 PM PHT
Sofia Tomacruz
Facebook Twitter Copy URL
Copied
Commission on Elections Chairman Sheriff Abas says suppliers of defective materials will not be paid yet, pending the review of their contracts and possible violations 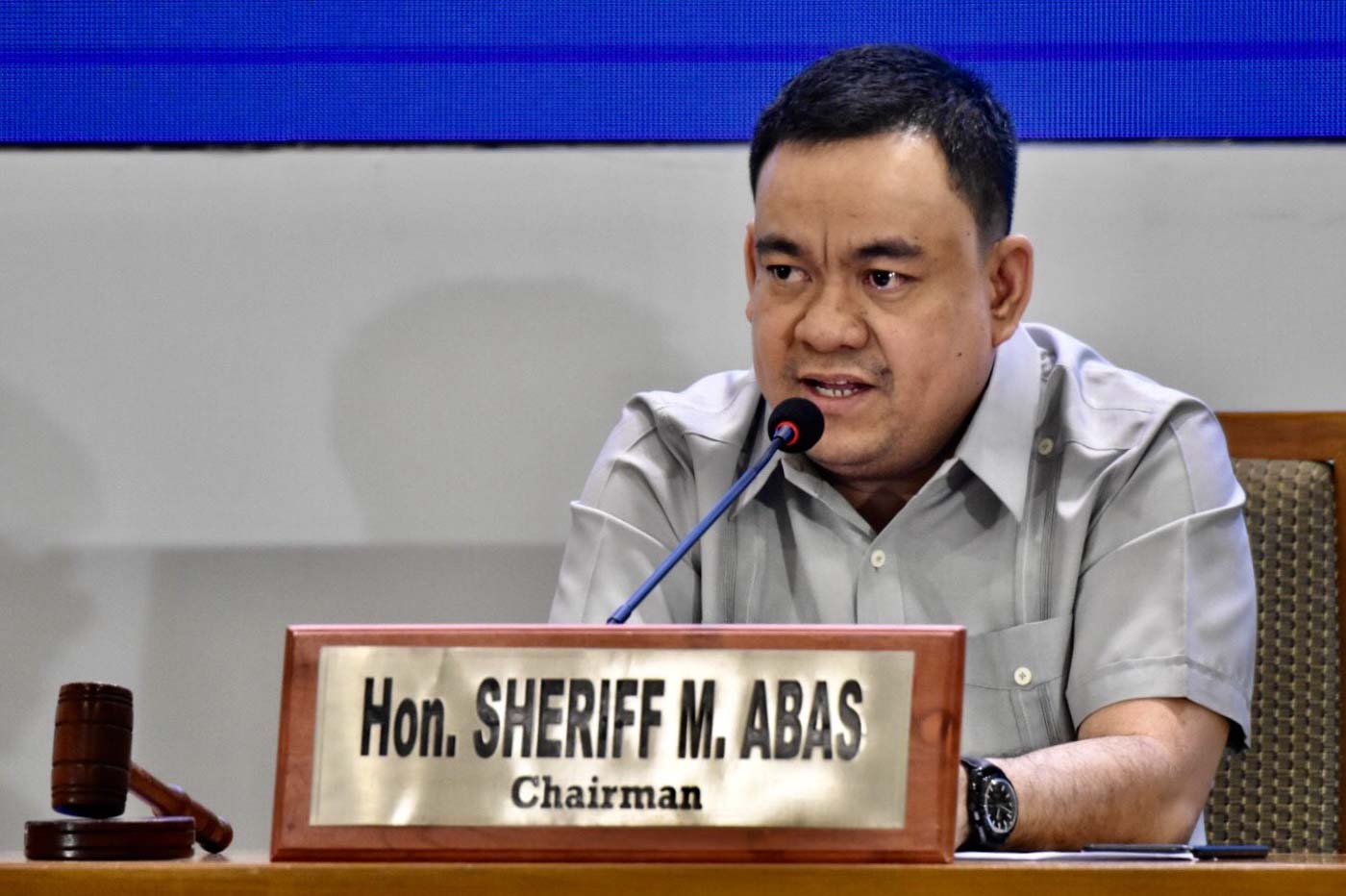 MANILA, Philippines – Commission on Elections (Comelec) Chairman Sheriff Abas said on Wednesday, May 22, that full payment for suppliers of defective election paraphernalia will be withheld until the poll body finishes its investigation.

In a press conference, Abas said he already issued a memorandum instructing the poll body to hold payment for Triplex Enterprises Incorporated as well as a joint venture of S1 Technologies Incorporated and Silicon Valley Computer Group.

For the 2019 elections, Triplex supplied ballot paper and marking pens in a contract worth P153.8 million, while the joint venture provided SD cards in a P22.6-million contract. (READ: Comelec to probe suppliers of defective markers, SD cards)

(I already issued a memorandum withholding payment for suppliers. I’m having the Law Department review if there are violations of contract or if penalties should be imposed.)

“But again we will give them the opportunity to answer,” Abas added.

Defective vote-counting machines, bleeding markers, and SD cards that didn’t work were among the several problems that marred the May 13 polls.

Corrupted SD cards were also pinpointed as the cause of delay in the transmission of certificates of canvass from overseas posts, which had delayed the proclamation of winning senators and party-lists.

Despite these problems, Abas maintained elections were “successful.”

The Comelec chairman said the poll body will “thresh out” issues with all election preparations and operations once the proclamation of winners is done. – Rappler.com