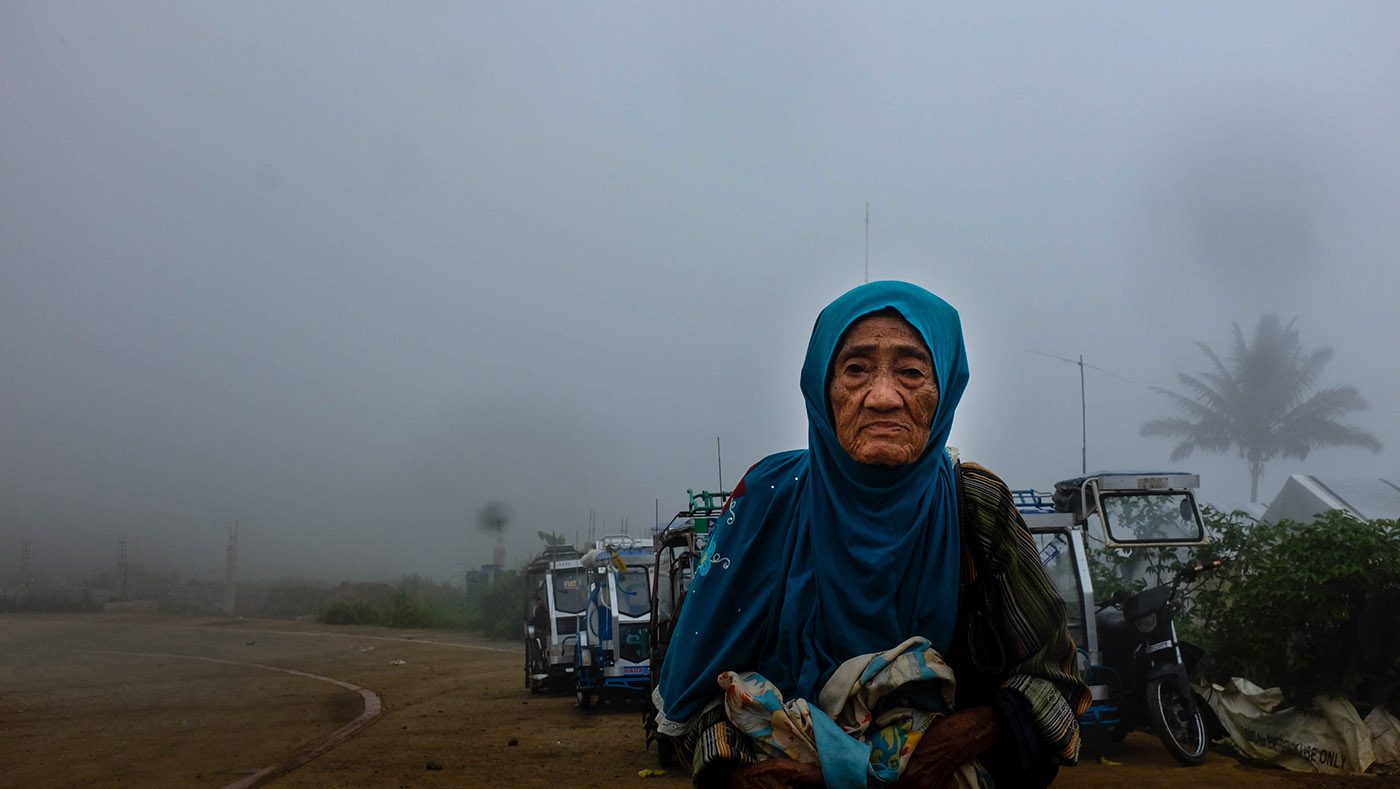 Facebook Twitter Copy URL
Copied
It is two years ago since the siege that killed more than a thousand. At least 50,000 remain displaced, and the once-bustling center of trade and commerce is still buried in rubble.

LANAO DEL SUR, Philippines – It has been a long two years for thousands of displaced Marawi residents who are desperately yearning for home.

“We urge the restoration of dignity to a displaced population by fast-tracking rehabilitation,” said Marawi resident Samira Gutoc, a defeated opposition senatorial candidate who used the campaign to elevate Marawi’s concerns to the national conversation. On Thursday, May 23, it will be two years since the bloody siege that killed more than a thousand civilians and troops. About 75% of Marawi residents have since returned to their homes, but at least 50,000 who lived in the main battleground remain displaced. (READ: A painful homecoming for Marawi evacuees)

Marawi’s once-bustling center of trade and commerce is still buried in rubble.

The long wait has allowed greens to claim the 200 square meters that span 24 barangays. Fully grown tomatoes are bearing fruits. Vines have crawled onto cars. Other plant species have grown aggressively on top of the rubble.

“The rehabilitation has been very slow,” said Drieza Lininding, chairperson of the Bangsamoro Consensus Group.

Residents have long begged the government to let them return and rebuild their homes themselves. But the military has yet to clear the area from unexploded ordnance, including 500-pound bombers dropped by the FA-50 fighter trainer jets of the Philippine Air Force. “We just want to go back to our homes. We’ve been living in tents since 2017,” said Sara Abbas, who still lives with her husband and 4 young children at a “tent city” in Marawi’s Sarimanok area.

Many displaced residents were provided temporary shelters, but others still live in tents. (LOOK: ‘Longing’: Images of Marawi evacuees)

The Abbas family was moved from an evacuation center in nearby Saguiran town to a tent in Sarimanok in February 2019, as the government seeks to consolidate evacuees back in Marawi.

There are 365 families still living in tents. The government aimed but failed to close down all tent cities by end of 2018. The new target is end of 2019.

The Abbas family wasn’t as lucky as other families given temporary shelters – something that has caused jealousy among evacuees.

The move also means the Abbas children now have to walk at least 3 kilometers every day to go to their school in Saguiaran. “Life has been difficult,” Abbas said. They rely on the income of her husband – a mechanic – but work is hard to come by.

It didn’t help that the election spending ban was in place from March until May. Government programs were put on hold, including food relief from the Department of Social Welfare and Development. Rehabilitation work was delayed after the disqualification of two Chinese companies that earlier led the construction bid. The task has since been divided into 23 construction projects that will be separately administered by government agencies.

“They are frustrated because they are looking for vertical developments. Those will come later. We’re still doing a lot of horizontal work,” Castro said.

Castro said they are also facilitating the earlier return of remaining evacuees. “There are sectors [inside the former battle area] where the houses were not so devastated. We’ll see if we can allow them to return soon,” Castro added.

Demolition has finally begun on the C&D Building, the tallest structure inside the battle area, where the highest ranking officer was killed during the siege. It signals the beginning of rehabilitation work, but there are concerns about the way it’s being done.

Despite government assurances that houses will only be demolished with the consent of the owners, Lininding said this isn’t the case.

“It seems they find it easier to just level everything, rather than save some of the houses,” Lininding said.

The C&D Building is part of “Sector 5” of the former main battle area. Castro said they started demolition in the area because most homeowners there had provided consent.

Evacuees are ‘tired and frustrated’ International Committee of the Red Cross (ICRC) delegation chief Martin Thalmann said displaced residents are now “tired and frustrated” despite “numerous aid efforts that have truly helped those in need over the two years.”

While the government claims to be doing its best, time is taking its toll on Marawi residents.

“They want to stand on their own feet again and stop depending on assistance,” Thalmann said.

Access to potable water, viable livelihood opportunities, and, most importantly, permanent shelters, are the most pressing problems for the evacuees, according to the ICRC.

The ICRC said there is also a need to address emotional trauma or the “invisible scars” from the siege.

The pain doesn’t go away, said Gutoc. “I remember the raw pain of May 23, 2017, when people were stripped of dignity – walking 39 kilometers [to escape the battles] and leaving behind all memories of royal lineage. Thousands who have fled Ground Zero eagerly await a return,” Gutoc said. (READ: Marawi rehabilitation is urgent issue for Bangsamoro gov’t – Murad)

According to the Department of Finance, the government has raised more than 50% of the estimated P68-billion funding requirement for Marawi’s rehabilitation.

But pronouncements by President Rodrigo Duterte are not making the residents feel secure about funding continuity from the national government.

“I don’t think that I should be spending for their buildings. The people there have a lot of money. Every Maranao there is a businessman,” Duterte said in a speech in April 2019. Marawi needs champions in both the Senate and the House of Representatives, said Lininding. Apart from the rehabilitation of the city, residents are seeking compensation for the victims.

Gutoc failed to get a Senate seat but she topped the race in her own city, a validation against heavy criticism that her views don’t represent views of her fellow Maranao.

She vowed to use this mandate to keep fighting for the immediate rehabilitation of Marawi.

It’s the same case in the House of Representatives, where their committed allies from Akbayan failed to win a seat in the party-list race.

“So, by July, we will engage again to find lawmakers who will work with us and champion our cause,” said Lininding. – Rappler.com