After calling him a liar, PNP hosts Bikoy’s press briefing 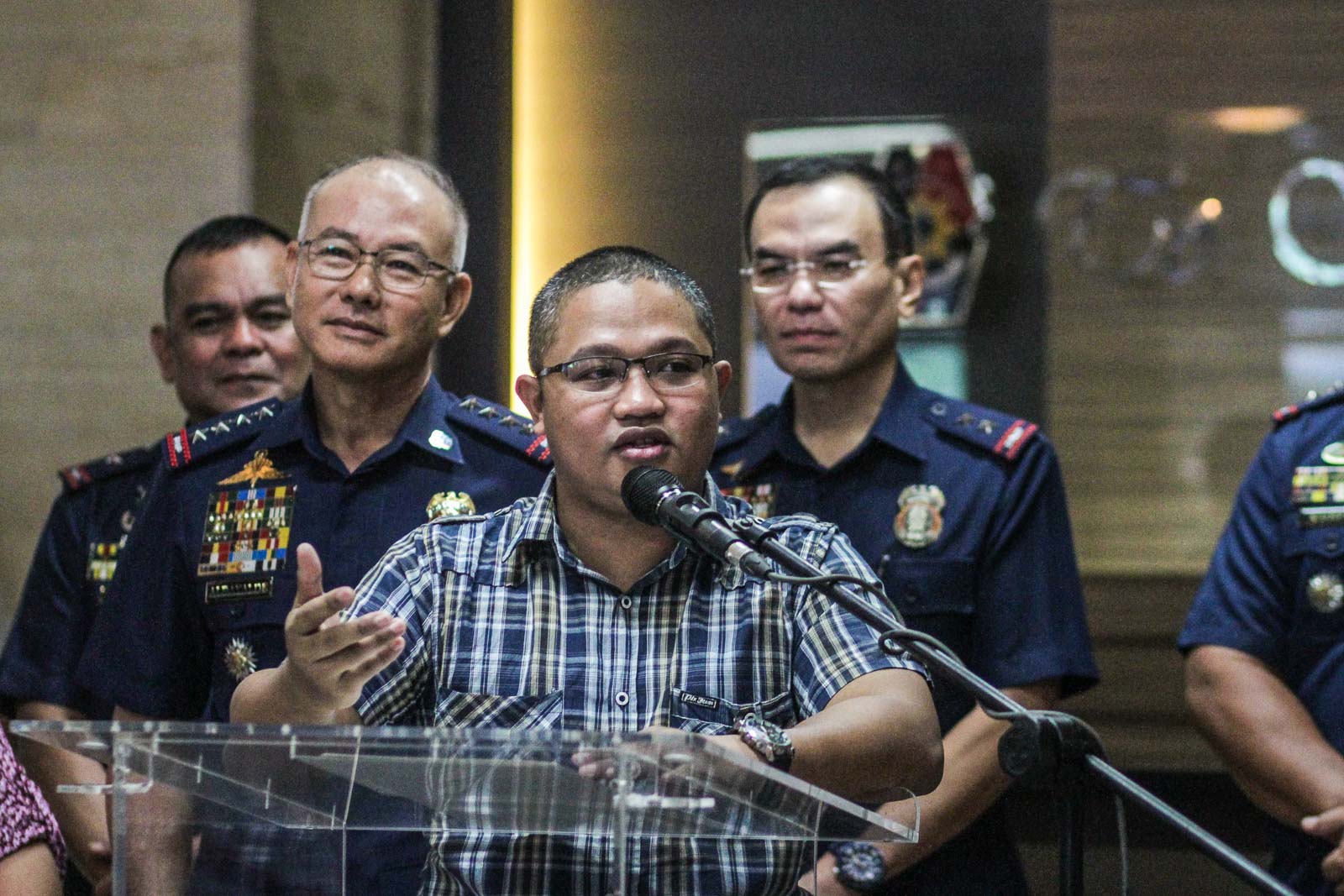 MANILA, Philippines – After calling him an “information peddler,” the Philippine National Police (PNP) hosted a press briefing for Peter Joemel Advincula, the man who has been known as “Bikoy” in the viral “Ang Totoong Narco list” videos.

“He can be described as an information peddler,” PNP chief General Oscar Albayalde said on May 8, just days after Advincula first appeared to publicly accuse people close to President Rodrigo Duterte of being involved in the drug trade.

Albayalde said then that Advincula used to be a bogus informant, offering cops dirt on high-profile personalities for P40,000 to P70,000.

Senate President Vicente Sotto III had also bared that Advincula reached out to his office in 2016, offering damning information on the Aquino administration.

Advincula has since then surrendered to the police, turning himself in to the Metro Manila Northern Police District on Wednesday, May 25.

Even before he underwent booking procedures in relation to an estafa complaint, Advincula was given the chance to speak in a press conference by the PNP, hosted by police chief Albayalde himself.

In the briefing, Advincula retracted all his accusations against the Duterte and Aquino administrations, and pinned down Senator Antonio Trillanes IV as his chief handler. He then named the opposition Liberal Party as supposedly being behind his videos and claimed that he was promised P500,000, but he apparently never received it.

Asked by reporters why cops granted Advincula the platform, Albayalde said, “He wanted to talk. We informed him of his constitutional rights, and he said he wants to apologize publicly to the President and those people he also mentioned in his Bikoy episode videos.”

The top cop added: “We cannot deny him his freedom of speech. This is democracy. That is part of his freedom.”

In her press briefing, Liberal Party chairwoman Vice President Leni Robredo denied any involvement of the LP,  adding that the Duterte administration was being inconsistent with treating Advincula: at first, they were out to arrest and discredit him. After his retraction, they are offering him help.

The police chief admitted that all Advincula said still needed to be proven, and that they would investigate his claims. (PODCAST: Sino si Bikoy at dapat ba siyang paniwalaan?)

“That is his statement, not ours. So let him prove his statements. Hindi namin siya tinuruan whatsoever unlike yung sinasabi niya na tinuruan siya before (We did not teach him, unlike before when he said he was instructed),” Albayalde said. – Rappler.com