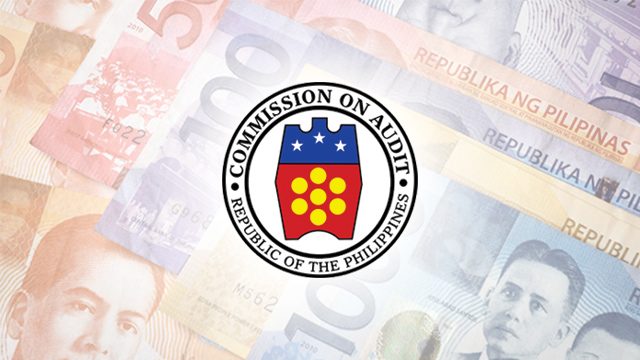 MANILA, Philippines – The Commission on Audit (COA) found an unspent P49-million fund under the National Anti-Poverty Commission (NAPC), turned over by the Philippine Amusement and Gaming Corporation (Pagcor) for livelihood and agricultural projects.

In its 2018 audit report released last May 23, state auditors found that the fund has remained idle since it was transferred to NAPC in April 2017.

The money, under an agreement signed between NAPC and Pagcor, was supposed to fund several programs and projects, including education in Mindanao, agricultural facilities in Luzon and Mindanao, and coconut enterprise programs in the Visayas.

These projects were supposed to be implemented throughout a two-year timetable that expired last April 4.

But NAPC issued a memorandum stopping the disbursement, following instructions from Pagcor in December 2017 that the state-run gaming agency would conduct an audit of the funds.

COA urged NAPC to ask Pagcor for an extension of their agreement, so the projects may be implemented.

“We recommended and management agreed to make representations with Pagcor and request the possible extension of the validity of the [agreement],” the audit team said, adding that if this fails, NAPC has no choice but to return the money to Pagcor. – Rappler.com