KWF: State universities responsible for cultivating use of Filipino 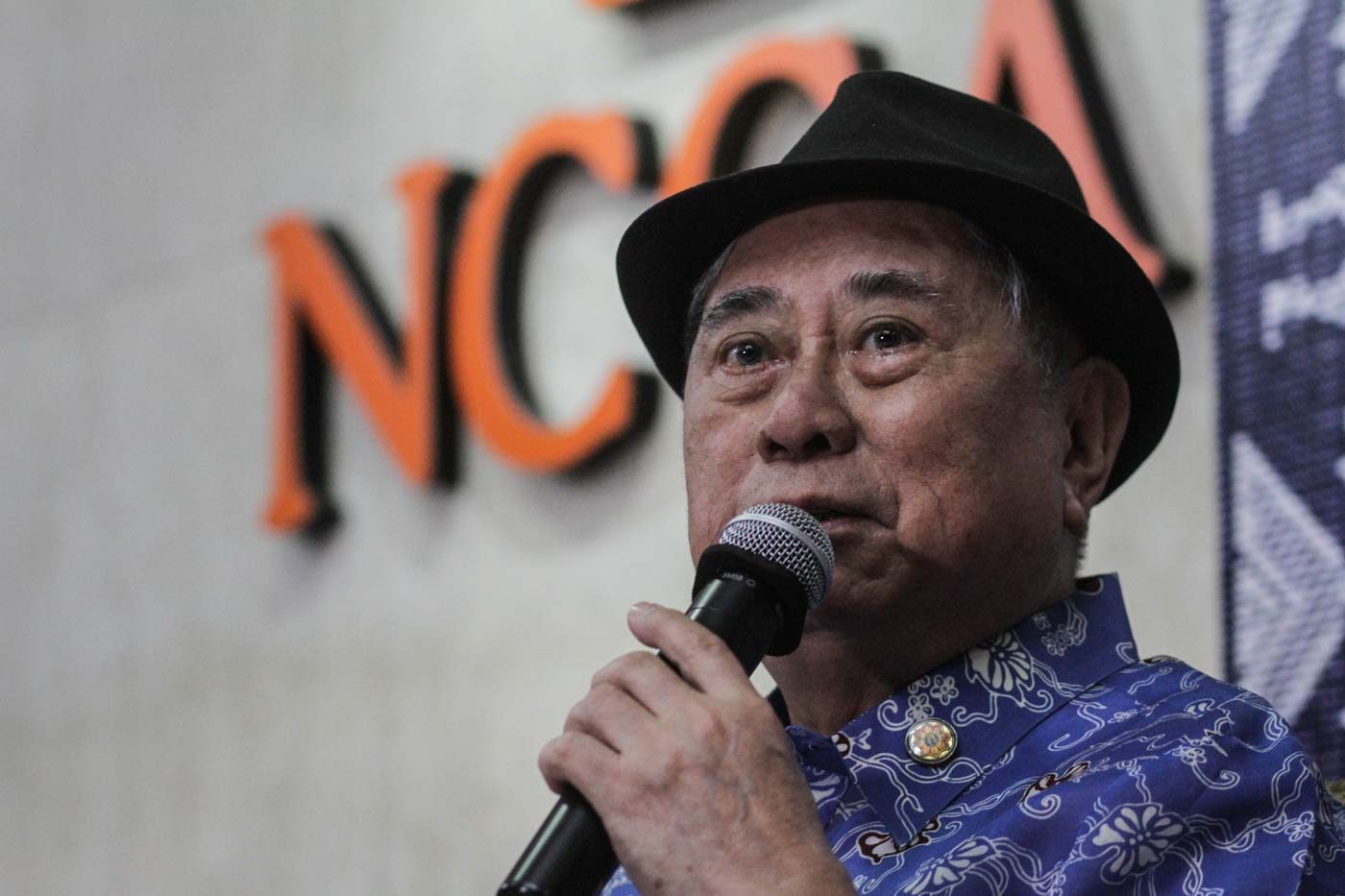 MANILA, Philippines – After the Supreme Court (SC) upheld the constitutionality of a Commission on Higher Education (CHED) memorandum removing Filipino and Panitikan as core subjects in college, the Komisyon sa Wikang Filipino (KWF) urged public universities to use Filipino as the medium of instruction when teaching different subjects.

In a press conference on Monday, May 27, KWF Chairman Virgilio Almario said state colleges and universities (SUCs) had the foremost responsibility of cultivating the Filipino language because they are the government’s own education arm.

(State colleges and universities are the government’s instruments to fulfill what is laid out in the Constitution. When they become models for teaching and offering Filipino subjects, private universities will follow. That’s what we want to see happen.)

“Ang SUCs dapat maging modelo sa pangangalaga ng wikang Filipino (SUCs should be the model for cultivating and taking care of the Filipino language), ” he added.

Alamario said that as learning institutions, universities were venues where Filipino as a language could be cultivated and grown.

(The use of Filipino will not thrive – what is called cultivation and intellectualization in language planning – if Filipino will not be used in academic discourse. It needs to be used in different disciplines. [For example] Lawyers and businessmen should speak in Filipino because they will be the ones who can bring new words to the language.)

In a resolution dated March 5, the SC upheld its October 2018 decision upholding as valid the CHED memorandum order (CMO) removing Filipino, Panitikan, and the Philippine Constitution, from core subjects in college.

The High Court said the CHED memo only provides for the “minimum standards” for the general education component of all degree programs and did not limit the “academic freedom” of universities to require Filipino and Panitikan courses in college.

Responding to this, Alamario said SUCs should at least teach other courses from the General Education Curriculum (GEC) with a preference for Filipino, offer new and more courses in Filipino, and encourage the use of Filipino as a medium of instruction when teaching other disciplines.

Advocates said excluding Filipino from the GEC in college violated Section 6, Article XIV of the Constitution. The provision states that “the Government shall take steps to initiate and sustain the use of Filipino as a medium of official communication and as language of instruction in the educational system.” – Rappler.com