Duterte arrives in Japan for forum, meeting with Abe 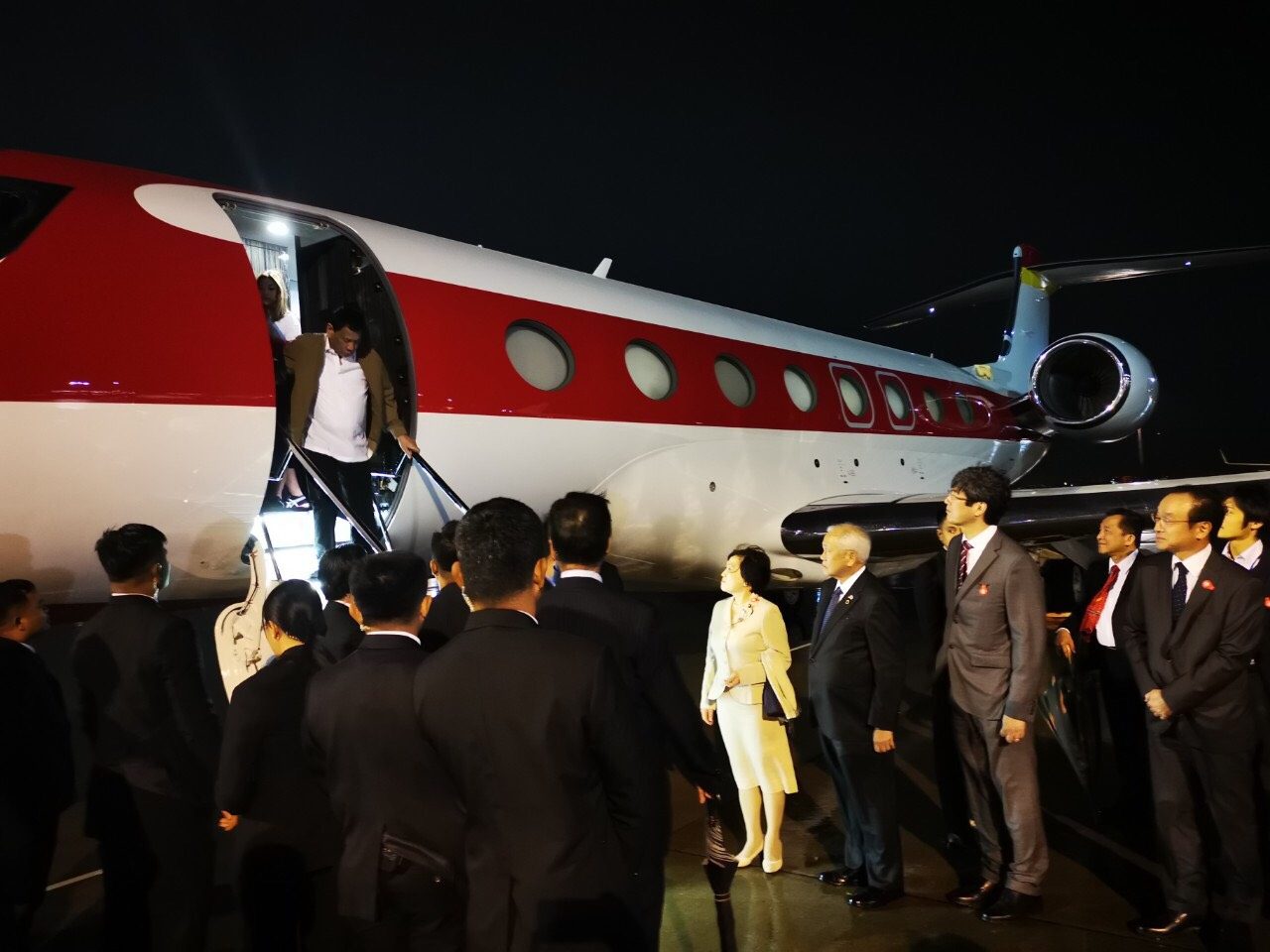 MANILA, Philippines – Philippine President Rodrigo Duterte’s plane touched down in Tokyo at 9:52 pm on Tuesday, May 28 (Japan time), kickstarting his 3rd visit to the Land of the Rising Sun.

The visit’s highlights are Duterte’s attendance to Nikkei’s International Conference on the Future of Asia from Thursday to Friday, May 30 to 31, and his bilateral meeting with Japanese Prime Minister Shinzo Abe on Friday.

Duterte arrived with the following officials as part of his delegation:

The Nikkei forum is a gathering of leaders and economic experts in the Asia-Pacific who will discuss the region’s economic prospects and foreign policy concerns.

On the forum’s last day, Friday, Duterte and Abe will meet at the Prime Minister’s Office. (READ: Duterte hails ‘golden age’ of partnership with Japan)

Foreign Assistant Secretary Meynardo Montealegre said this will be their 7th meeting. Their last meeting took place in November 2018, on the sidelines of the 33rd Association of Southeast Asian Nations Summit in Singapore.

The two will likely discuss defense and security, economic cooperation, infrastructure development, and Japanese assistance for the development of the new Bangsamoro Autonomous Region in Muslim Mindanao, said Montealegre during a Palace news briefing on May 24.

Aside from these, the entry of Filipino skilled workers to Japan and regional issues like the Korean Peninsula and the South China Sea could be taken up by the two leaders.

Friday is also the day when the Philippine President will address other leaders and Nikkei forum participants.

“The President will likely assert Asia’s role in charting its own future, even as we affirm the larger international frameworks and mechanisms that have given birth through the Asian century we now enjoy,” said Montealegre.

Wednesday, May 29, will be devoted to meeting with Japanese businessmen.

On Thursday, the President is expected to give a speech at a gathering of Filipinos based in Japan. – Rappler.com