How a head teacher brings change to remote school in Albay 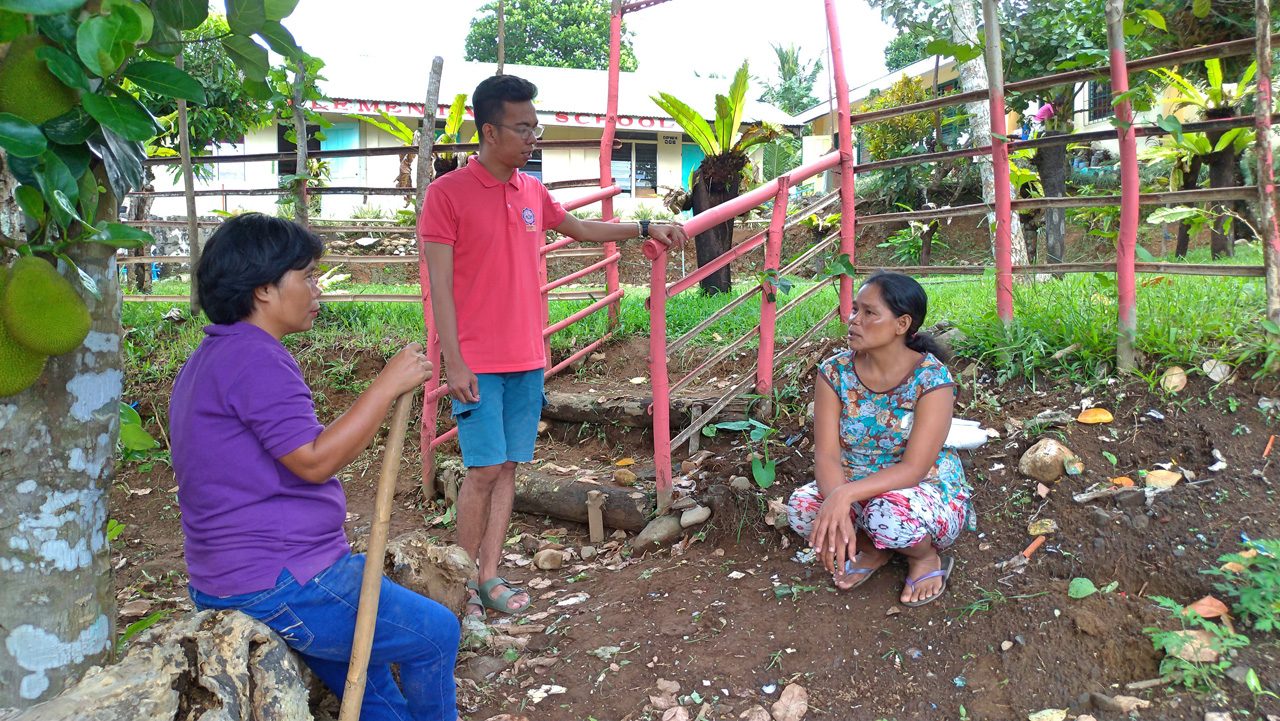 Facebook Twitter Copy URL
Copied
Joem Periña has been teacher-in-charge of Sto Cristo Elementary School in Tiwi town for only 6 months, yet the local community has already felt the 'good changes' he has implemented in the school

ALBAY, Philippines – A group of rider volunteers arrived at Sto Cristo Elementary School in Tiwi town at around 9 am earlier this week for Brigada Eskwela.

They were greeted by the solar panels perched near the flag pole and later, a relatively new projector inside the head teacher’s office – sights that clearly impressed them in that remote community. What they didn’t know was that it was not until January of this year when the school finally had enough power supply to use that projector, thanks to its new teacher-in-charge.

When he became the school head of Sto Cristo Elementary School in November 2018, Joem Perîna embarked on his first project: connecting the school to the power grid. He didn’t mind using his own money to accomplish this, knowing that he could only reimburse part of the cost.

Periña said electrification is not part of procurement which is allotted funds under the Maintenance and Other Operating Expenses (MOOE).

Periña first tried to seek the help of local officials but the lack of response and the voluminous red tape involved prompted him to just use his own money, so he could expedite the process.

Other teachers pitched in too to ensure their classrooms had electricity. Students can now watch videos using the projector, an apparent big deal among kids in community.

“They were very happy and looked forward to this activity because for them, it is a big TV,” said one teacher.

Even the commonplace task of printing materials in the school was enough to amaze students, she added.

Periña admitted how difficult liquidating expenses could be, but it was part of his job as a school head. Failure to do this would hamper the delivery of basic school services as fund release would be withheld. This would not only affect the school but also the teachers as it would force them to dig into their own pockets.

Before the school break in 2018, Periña was able to get funds for supplies worth P100,000 which, according to him, was a first for the school.

Accomplishing the liquidation requirement also meant the school would have funds for its feeding program this coming school year.

Before the school implemented its feeding program for its students, teachers always stocked food in their classrooms not only for their personal consumption but also to share with students who had no lunch.

To support the program, school officials moved their vegetable garden to the back of the school, which had more space for planting.

Nina Bueza, the teacher in charge of the vegetable garden, told Parent-Teacher Association (PTA) president Rosa Condat that parents should help teachers plant in the vegetable garden before the school opening, because after that, their time would be occupied with teaching.

Periña said he was eyeing an unused building in the school as a facility for nursery classes or as an office for a farmer with administrative functions who can be appointed by the local government to manage the school garden.

Aside from these tasks, Perîna had also taken it upon himself to make random visits to the school during weekends, to deter burglaries.

The local community recognized the positive changes in the school through Periña’s leadership.

“We’re thankful that he was the one assigned here. In just months, we felt good changes,” said PTA president Condat.

She said there were community efforts to address the power supply problem long before Periña became the school head, but nothing happened until he came.

Periña would be reshuffled once his 3-year duty ends in late 2021. This fueled his determination to deliver changes in the school during his watch.

One of his other goals was to turn the school’s main office into a library.

He hopes his initiatives would help further boost student morale, and would also somehow make it less difficult to find school alumni who would be willing to become commencement speakers during their graduation rites.  – Rappler.com