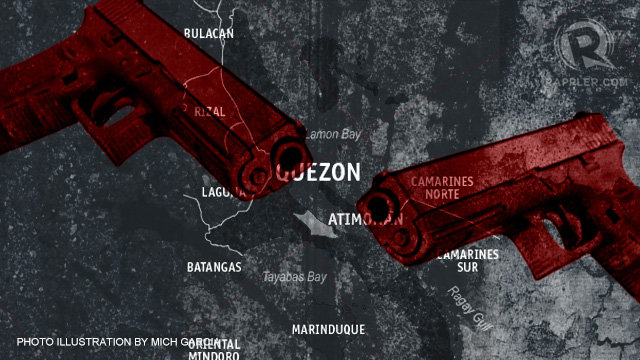 MANILA, Philippines – Evidence on the Atimonan incident point to a rubout, the Palace revealed Wednesday, March 6, citing the results of a government investigation.

Valte said President Benigno Aquino III has accepted in full the National Bureau of Investigation’s executive report on the incident in Atimonan, Quezon.

“He has directed Secretary of Justice Leila de Lima to file the appropriate criminal and administrative charges against Hansel Marantan, James Andres Melad, and others,” Valte said in a statement.

She said the Palace will post the report’s summary online.

“From the very start, the President had assured the public of a thorough investigation which would be the basis for holding to account those found culpable in this incident,” Valte explained, denying that the report was meant to distract the public from the Sabah standoff.

De Lima on February 7 submitted the NBI report on the Atimonan incident, a month after it happened.

On January 6, a total of 13 suspected robbery gang members died in the incident, which involves 23 officials of the Philippine National Police and 25 members of the military.

When this happened, the initial debate revolved around whether it was a shootout or a rubout. (Watch Rappler’s video report below.)

– with reports from Paterno Esmaquel II/Rappler.com