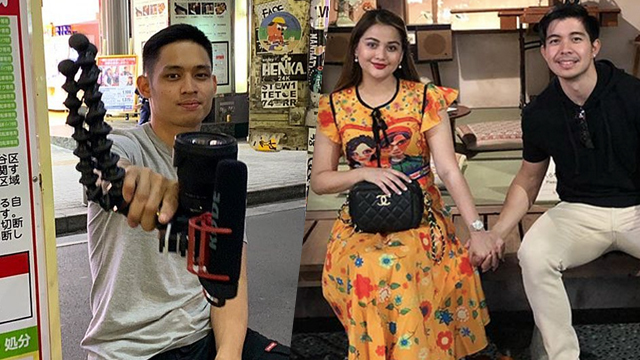 MANILA, Philippines — A number of Filipino celebrities graced the stage during President Rodrigo Duterte’s meeting with the Filipino community in Japan on Thursday, May 30.

The program was held at the Palace Hotel in Tokyo.

Comedian Bayani Agbayani was also spotted as part of the group.

Salvador and Padilla campaigned for Go during the midterm elections and also supported Duterte’s campaigns. Real-life couple Dianne Medina and Rodjun Cruz were among the celebrities spotted during the thanksgiving dinner Duterte gave at Malacañang days after the elections.

Cruz and Medina had also answered netizens who criticized them for supposedly using taxpayers’ money for the trip. In a post, Cruz said that they paid for the trip themselves.

Medina, who is also a news anchor on government-run PTV-4, lashed out at a person on Instagram who questioned if they were telling the truth. She said: “Mahirap kasi sa inyo, sinabi na ang totoo. So kung may sabihin man or wala, people will still accuse us. Pls stop. I’m here for the Filcom event and for news coverage.”

(I already told you truth. But whether I say something or not, people will still accuse us. Please stop. I’m here for the Filcom event and for news coverage.)

She also denied that the trip was a “pabuya” or gift to them, reiterating Cruz’s statement that they paid for the trip.

Presidential Spokesperson Salvador Panelo said the stars invited to attend the trip flew in using their own expenses.

Duterte, who arrived in Japan on Tuesday, May 28, will stay until May 31 to attend the Future of Asia international conference. — Rappler.com