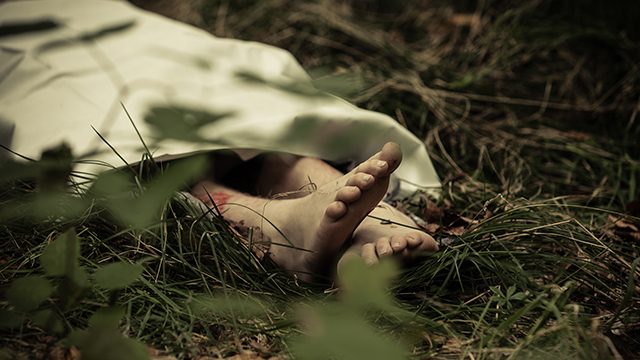 Facebook Twitter Copy URL
Copied
A day before this, two bodies are found burnt on a hillside in Tuburan town, about two and a half hours away from Cebu City

CEBU CITY, Philippines – An unidentified man was found dead on the side of the road in Barangay Binaliw, Cebu City, at around 3 am on Thursday, May 30.

According to the Talamban Police spot report on the incident, the man was found facing the ground with a blindfold and at least 5 gunshot wounds.

Based on the police’s preliminary investigation, a house in the area was holding a wake when mourners heard gunshots from the upper area.

According to residents, two men riding a motorcycle informed them that a man was shot.

The people went to verify the claims and called the authorities.

The day before, two bodies were found burnt on a hillside in Tuburan town, about two and a half hours away from Cebu City, where the identified victims were from. – Rappler.com