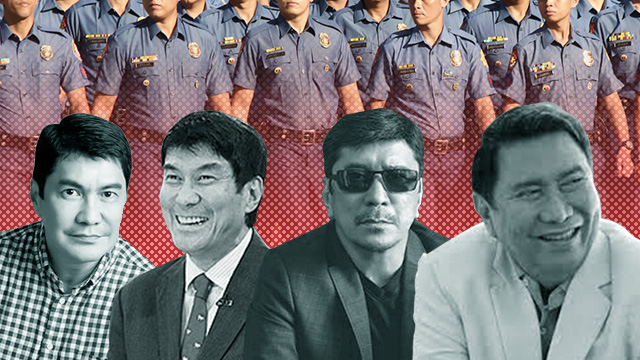 MANILA, Philippines – The Tulfo brothers lost their security details from the Philippine National Police (PNP) and the Philippine Marines coincidentally after one of them angered members of the uniformed services, Rappler learned on Sunday, June 2.

“Their deployment is under review for possible violations of claiming security details,” Escobal told Rappler. (READ: Why PNP pulled out Trillanes’ police security)

Asked what type of violations may have been committed, Escobal said the escorts, for example, could have been used to complete “errands” instead of standing guard.

Escobal said the Tulfos have kept their police security details “for a long time,” and were even allowed by the Commission on Elections to keep their escorts during the 2019 election period.

“The Corps has sent correspondence to their respective principals since last year informing them of the order requiring the Marines to report back to headquarters for consequent deployment to forward units,” Arevalo said.

Arevalo explained that the recall taking effect recently is “only part of the process.”

Erwin Tulfo recently delivered a condemnation on radio against Social Welfare Secretary Rolando Bautista, with expletives and the threat of slapping him if they meet in person. Tulfo fumed at Bautista for declining him an interview.

Bautista retired a decorated general who headed Duterte’s Presidential Security Group, then became an on-the-ground commander at the Marawi siege.

A few weeks after the city was reclaimed, Bautista was promoted to head the 90,000-strong Philippine Army. He is a 1985 graduate of the Philippine Military Academy, which has produced majority of the leaders of the AFP and the PNP.