Once a fugitive, Bikoy turns himself in to police for protection 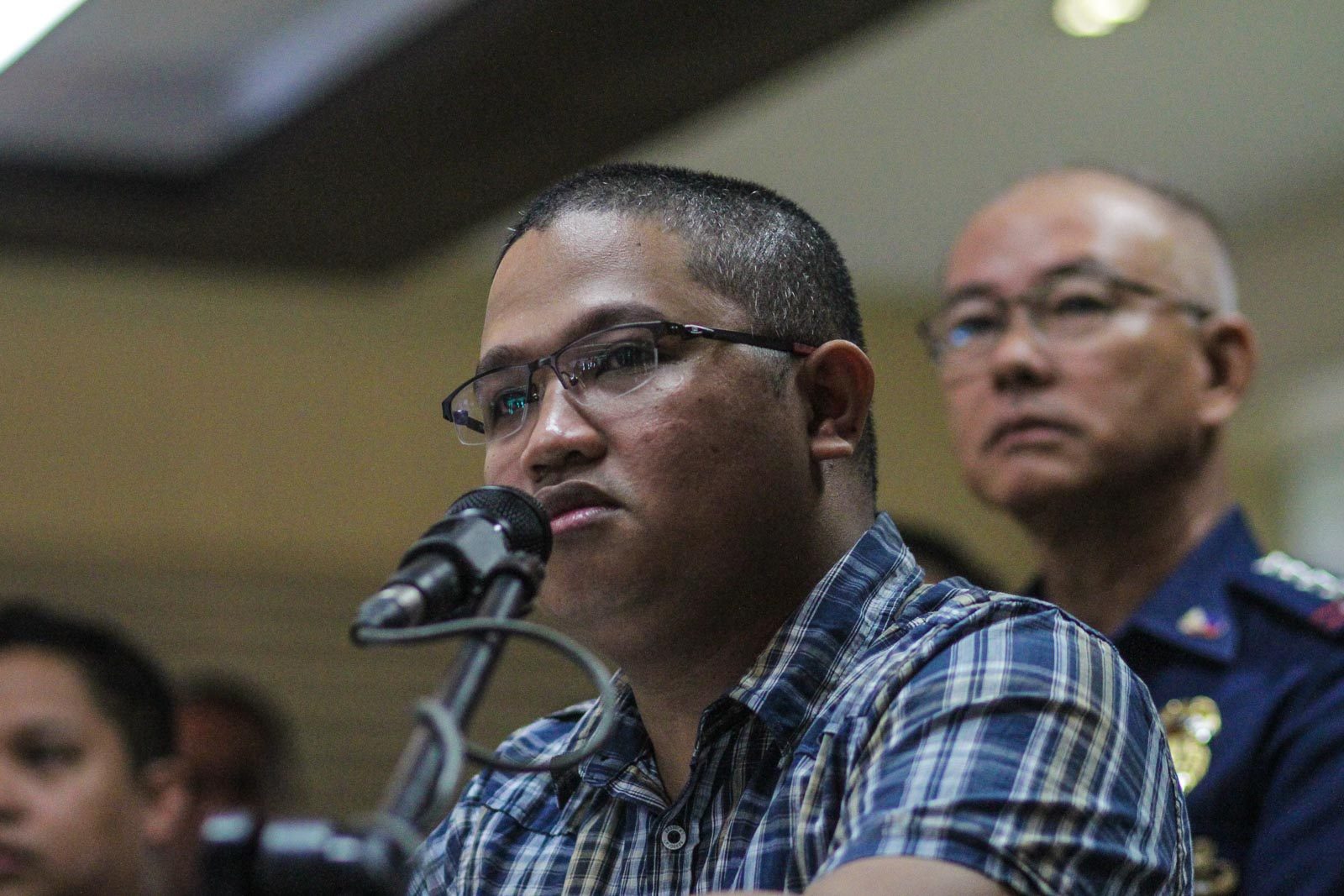 MANILA, Philippines – Once a man in hiding, Peter Joemel Advincula, the man known as Bikoy, has turned himself in to the Philippine National Police (PNP) to get protection.

“He is now under protective custody,” Corpus said, explaining that they have reason to believe Advincula’s life is threatened.

He said he was placed under the protection of members of the “religious sector” before and after the clips were published.

On May 23, he recanted all his accusations, singing the new narrative that he was used by opposition senator Antonio Trillanes IV and the Liberal Party to discredit the administration in time for the 2019 elections. He was allegedly promised P500,000, but he supposedly never received the money.

Advincula turned around in a press briefing hosted by the PNP, which before that had called him an “information peddler.” (READ: After calling him a liar, PNP hosts Bikoy’s press briefing)

Corpus stressed that Advincula staying with the police does not mean he is already off the hook. He remains under investigation. Protective custody also means that Bikoy will follow the PNP’s decision on where he will stay.

The CIDG chief said Advincula has so far submitted his cellphone, where he kept communications with his alleged handlers. Police have also commenced investigation into the claims he made at the May 27 press briefing. So far, Corpus said, they have sent letters to the schools mentioned by Advincula as areas of supposed ouster plot meetings, requesting for copies of CCTV clips. – Rappler.com