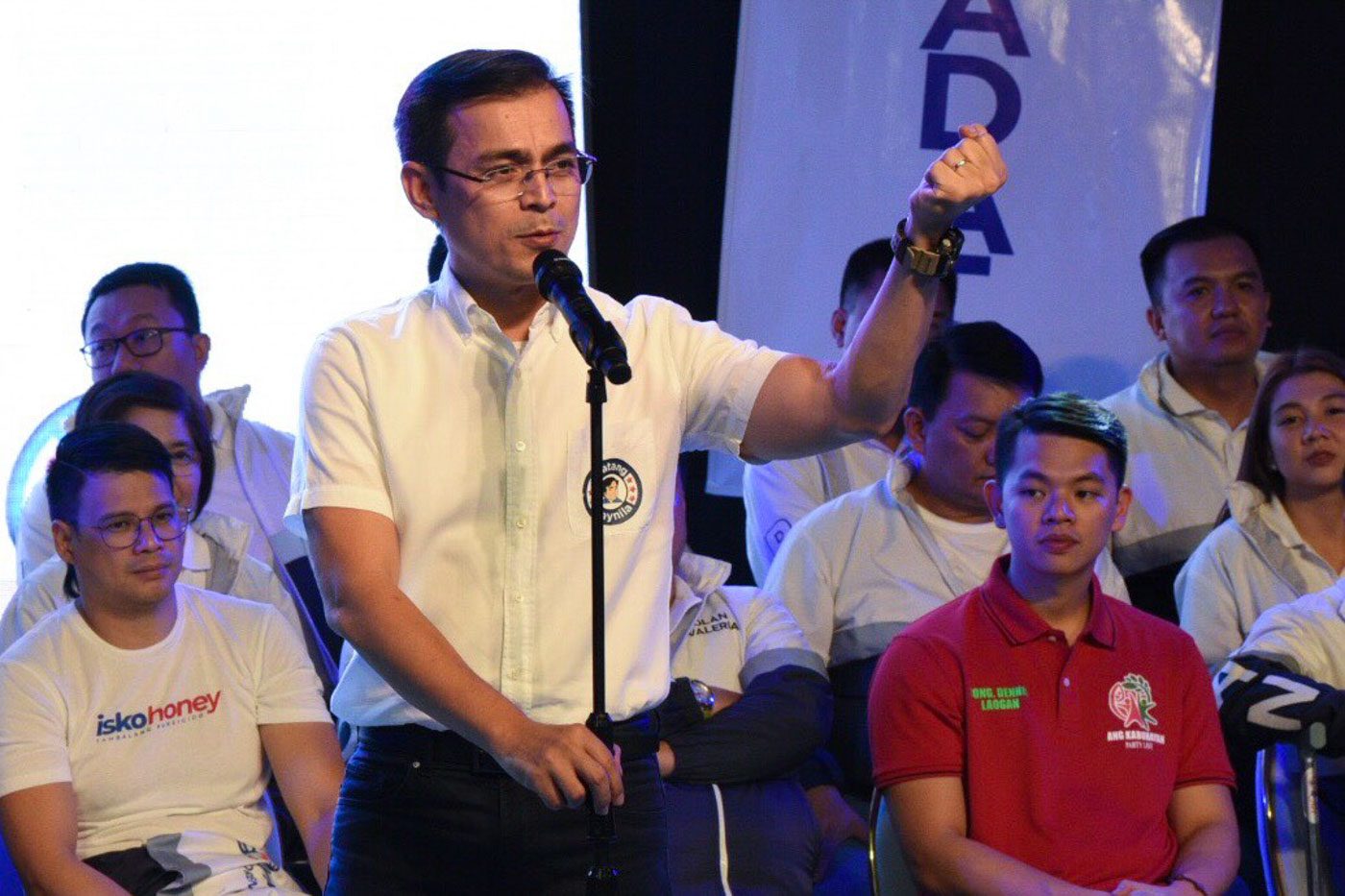 He explained that one of his wishes for Manila under his term is equal treatment. (READ: Isko Moreno: From the slums of Tondo to Manila’s throne)

Moreno added that he will not forget to push for an event to celebrate the LGBTQ community come 2020.

If that event pushes through, Manila would be among the few local government units in the country to have its own pride march outside the established Metro Manila Pride March, which has united the LGBTQ community every June for 25 years.

Pride marches and festivals celebrate acceptance and respect for members of the LGBTQ community. At times, the events become outlets for demonstrations to promote their rights as well. (READ: ‘Celebration, freedom, and equality’: Netizens speak up about pride)

LGBTQ Filipinos live in a country where conservative Catholics are the majority, leaving them with limited space for free public expression. Discrimination and inequality persist. – Rappler.com