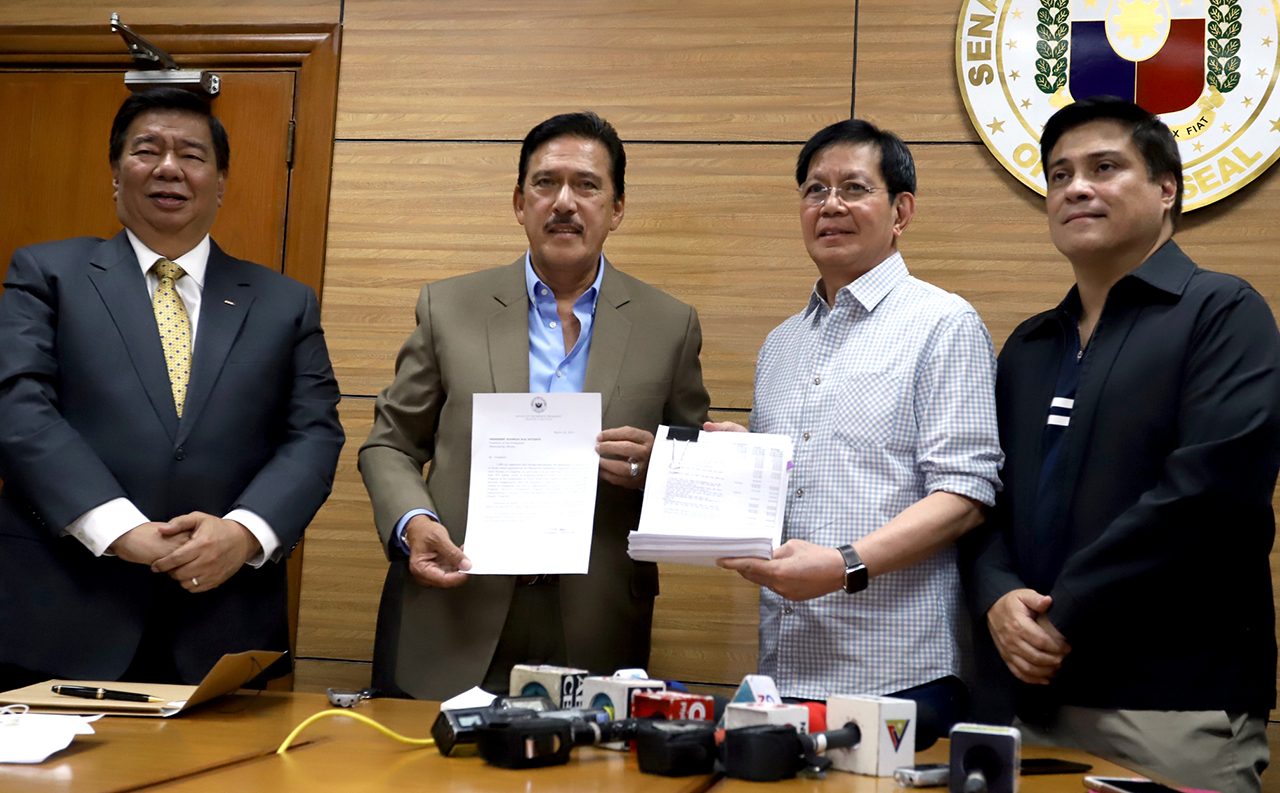 Facebook Twitter Copy URL
Copied
'There is nothing in the certification which would shorten the debate on any measure,' says Senate Minority Leader Franklin Drilon

MANILA, Philippines – Amid Malacañang’s last-minute certification of the bill as urgent, the Senate said it has no time left to pass the controversial measure making the Reserve Officers’ Training Corps (ROTC) program mandatory for Grades 11 and 12.

Duterte certified as urgent Senate Bill No. 2232 on Monday, June 3 – the second to the last day of session. He also certified other measures, including the amendments to the Public Services Act and the Foreign Investments Act.

Senate leaders stood their ground and said the chamber needs time to thoroughly debate the said bills. The House of Representatives approved a counterpart ROTC measure in May 2019.

“These measures will take a lot of hours of debate. We have a different system in the Senate. The committee approves it quickly…. but debates happen here on plenary. We wish they were able to come out with the priority certification much earlier to let us be able to plan and study and debate the measure,” Zubiri said.

“We gave priority to the sin tax, tobacco measure for Philhealth for additional funds for the health services of the government, so I hope that our friends in the executive department will not take it against us that we only have one day left tomorrow,” he said.

He added, “In my personal experience, it would be next to impossible unless we close our eyes and just approve in toto these measures, which I know our colleagues will not agree to.”

Zubiri said they would ask Malacañang in the next Congress to certify the bills in the beginning to allow for “thorough” and “extensive” discussions.

Senate Minority Leader Franklin Drilon agreed with Zubiri and said the President’s certification only dispenses the three-day rule between the 2nd and 3rd reading approvals of bills, and not plenary deliberations.

The plenary deliberations on bills happen in the period of interpellations and amendments, before they are approved on 2nd reading. Depending on the nature of the measure, Senate deliberations may take days or months.

“The debates will be governed by the rules of the Senate,” he added.

He said even if the chamber approves the bills on final reading, there is still a need to convene the bicameral conference committee to thresh out differences between the House and Senate versions.

The 17th Congress is set to officially adjourn on June 8. The 18th Congress will open on July 22, the same day that President Rodrigo Duterte delivers his 4th State of the Nation Address.

Some legislators opposed the bill, arguing that requiring ROTC for students would expose them to corruption.

ROTC was previously implemented at the college level, but it was scrapped in 2002 after an investigation showed that a University of Santo Tomas student was murdered after he exposed alleged corruption in the program. – Rappler.com