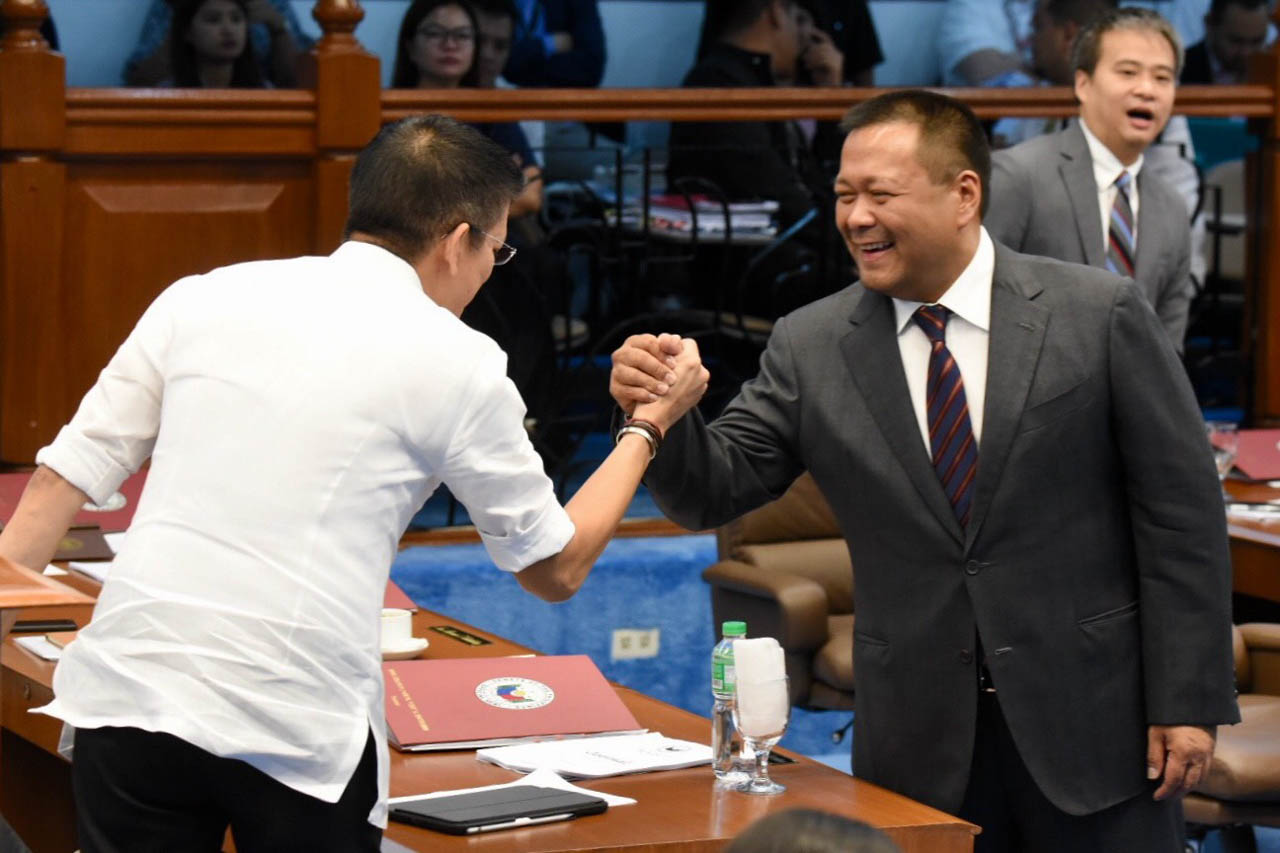 MANILA, Philippines – A stark contrast from their usual Senate plenary sessions, the final session of the 17th Congress was filled with laughter and jokes, as 6 outgoing senators bade farewell. (READ: The class of 2019: Where are graduating senators going?)

The Senate on Tuesday, June 4, also honored 6 outgoing senators for their contributions to the chamber, through individual resolutions.

Five of the 6 senators delivered a valedictory speech. Only Trillanes did not do so, as he was not present. 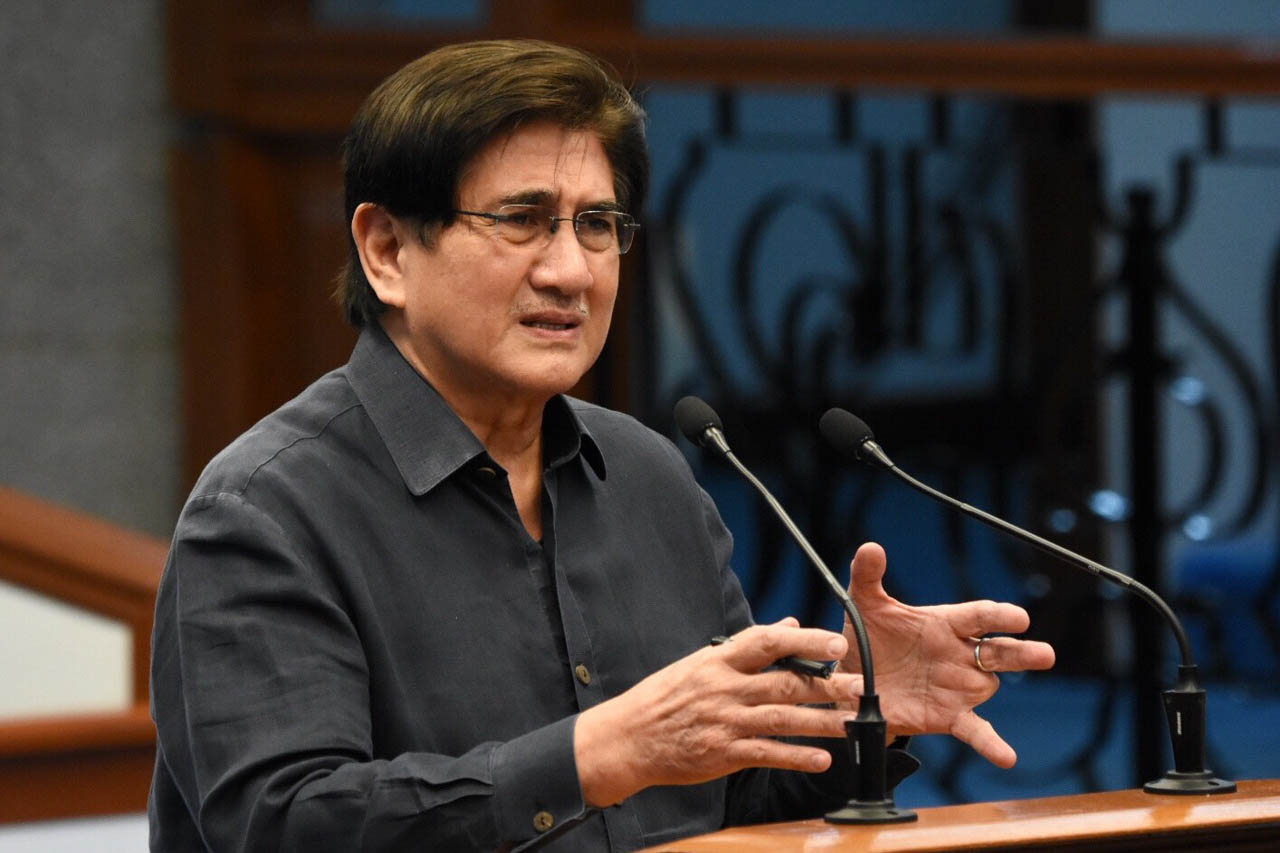 Honasan, the usually silent 4-term senator, gave a heartfelt speech, thanking his colleagues and Senate staff for the “camaraderie, understanding, patience, and tolerance.”

“Words are not enough to describe how I feel now because it has been a long journey. I’ve been a soldier for 17 years, went out of the system for 7 years. I have been in this chamber for 21 years,” Honasan said.

The senator, a man of few words, delivered funny lines that made his colleagues laugh.

“I know you will miss me because of my deafening silence,” he quipped.

In the first part of his speech, Honasan mentioned the prominent senators he worked with, including the late senators Miriam Santiago and Juan Flavier, and incumbent Senate Minority Leader Franklin Drilon.

He then stopped after realizing that two of them already passed away.

“Puro the late (They’re all late senators)…. I hope this does not give us an indication of what is to come,” Honasan said, prompting laughter in the gallery.

But turning serious, Honasan offered a prayer for his colleagues and asked the chamber to “continue to keep faith and stay the course and be the last bastion of our pluralistic democracy.”

Honasan is reportedly being eyed to be the next secretary of the Department of Information and Communications Technology.

Honasan was chairman of the Senate committee on national defense and security and committee on peace, unification, and reconciliation. 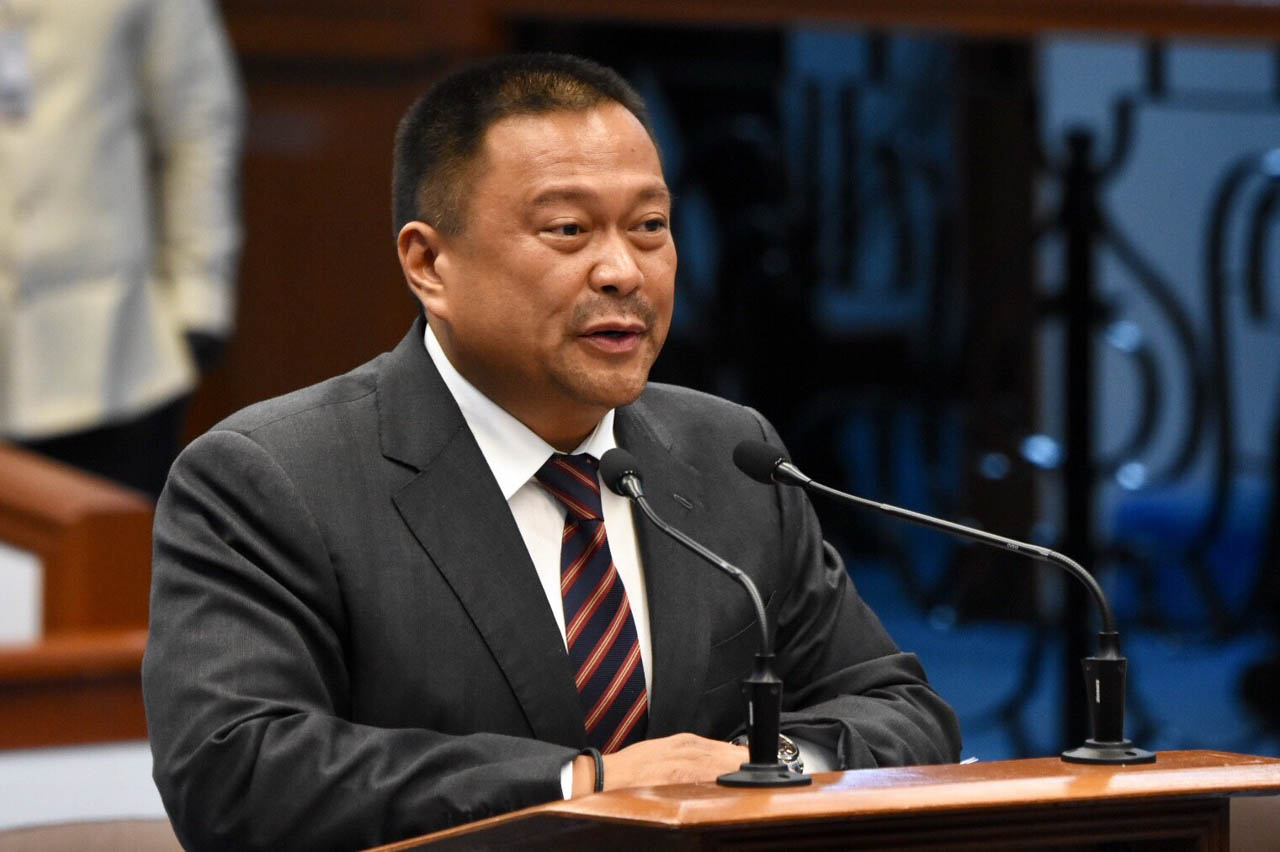 Ejercito delivered a lengthy speech, with some light and funny anecdotes. He also thanked each of his colleagues.

Turning to Senator Grace Poe, who supported him in 2019, he said: “Thank you very much for that. Alam ko na alam mo na ako talaga ang (I know that you really know that I am the) ‘good one.'”

His use of his campaign line made his colleagues laugh. It was also a swipe at his half-brother, former senator Jinggoy Estrada, as Ejercito has repeatedly emphasized that he is the “good one” and he has never tarnished their family’s name. Estrada also lost his 2019 senatorial bid.

(Thank you for taking care of me, my Mama Bear, during the campaign because I had low funds. Good thing you were there and I was able to ride Air Villar.)

Ejercito also surprised his colleagues when he ended his speech by playing his campaign jingle. Senate Majority Leader Juan Miguel Zubiri, imitating his young son, said he saw his child sing and dance to Ejercito’s tune.

To his allies in the so-called seatmates bloc, the outgoing senator said, “Please keep that seat warm for me, guys, and I hope to be back soon.”

“The good one is signing off. Not for long.”

Ejercito chaired the Senate committee on health. He pushed for the passage of the Universal Health Care Act, which he used in his 2019 campaign. He, however, ranked 13th in the senatorial race, just outside the Magic 12. 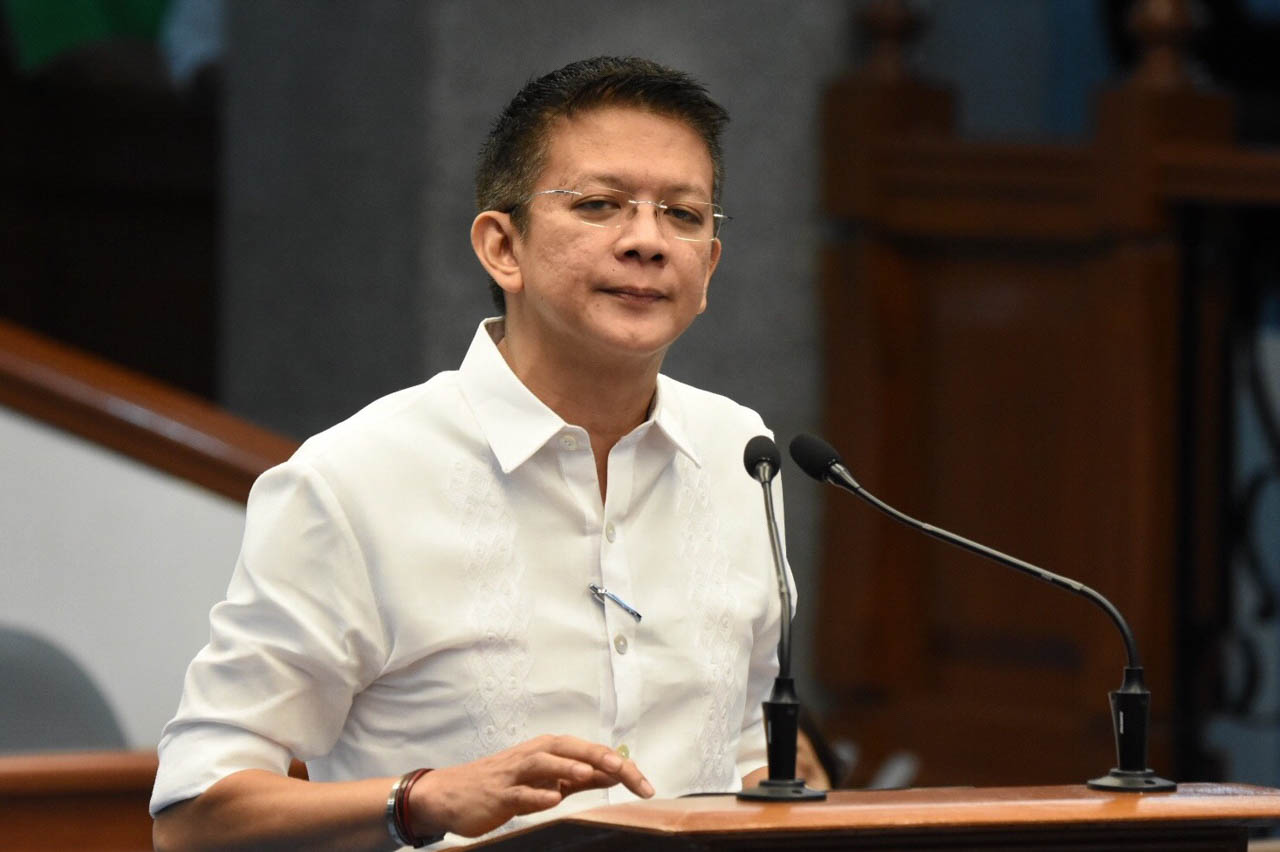 Escudero, incoming governor of Sorsogon province, delivered a humorous speech, as he bade his colleagues and the Senate goodbye.

He joked to Ejercito that the staff he saw crying over his loss just lost her wallet.

He also teased that he stopped Senator Richard Gordon from interpellating Ejercito, when the latter talked about Gordon’s lengthy speeches in Senate hearings.

But turning serious, Escudero said he is both sad and happy that he is leaving the chamber.

He said he is sad that he will be leaving Congress, his home for 21 years. But he said he is happy to be finally going home to Sorsogon after a decade.

“I shall return. Magbabalik ako…. ‘Di ko alam ano ang aking kapalaran kung kaya ‘di ko masabi nang katiyakan…. Hanggang sa muli nating pagkikita, sa ‘di malayong hinaharap (I will be back. Although I don’t know my exact fate that’s why I cannot say for sure. Until the next time we see each other again, in the near future),” Escudero said.

Escudero served as chairman of the Senate committees on banks and education. 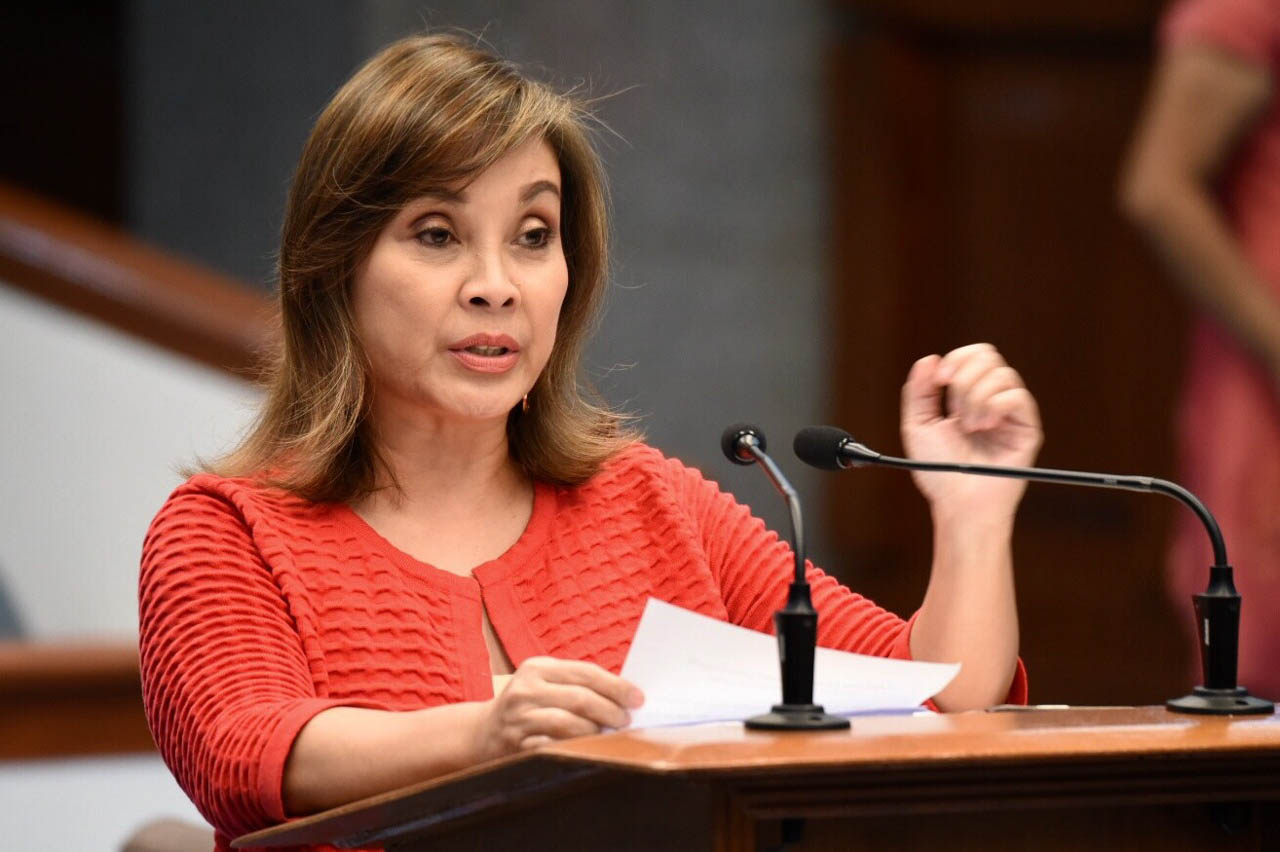 Legarda, who is moving to the House as Antique representative, also delivered a long speech, enumerating some of her legislative measures and advocacies.

At some point, she stopped speaking because her colleagues were trying to make her laugh.

Legarda thanked each of her colleagues, with matching photos of her with each senator flashing on the screen.

She also showed photos of her in her early days as a senator, with some colleagues teasing her.

She thanked her staff for their loyalty, admitting that she was a difficult boss.

“I’m not an easy boss. Thank you for the loyalty. I’m a tough boss, I must admit. Parang nagpunta sila sa TESDA, SUC, nagpunta pa sa Harvard ‘pag nanggaling sa akin. Maniningil na ako ng tuition (It’s as if they studied at TESDA, in an SUC, and even at Harvard, after working for me. I should charge tuition),” Legarda said.

Legarda was the chairperson of the Senate committees on finance and foreign relations. She said her most challenging job was to steer the finance panel in the 17th Congress. (READ: Dominguez endorses Legarda as next House appropriations committee chair) 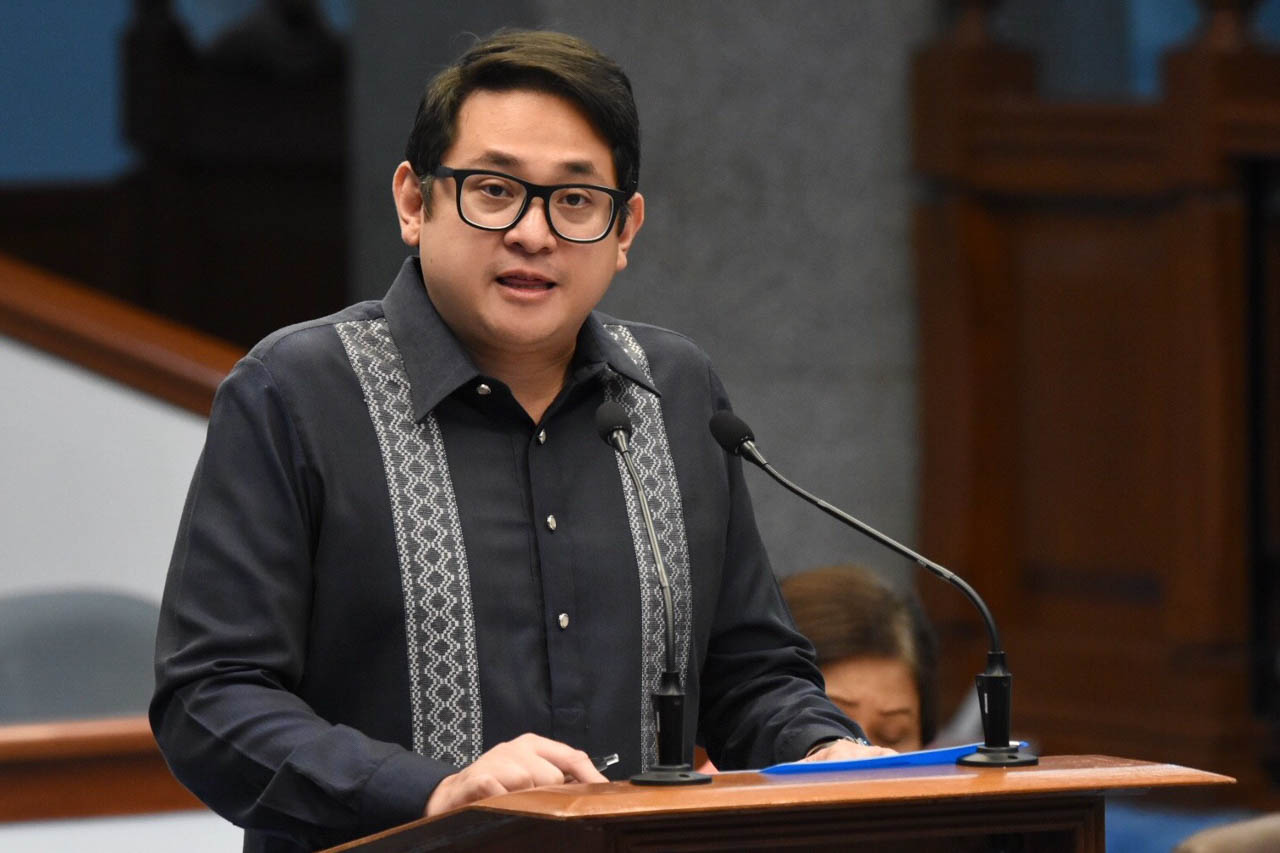 In his speech, the opposition senator thanked his colleagues and supporters not only during the campaign but also during his 6-year stint. (READ: 14 million votes for an Aquino in time of Duterte still a feat, says Bam)

“Among my colleagues, I’ve found mentors and friends that have come through for me even in the most challenging and intimidating times. Thank you,” Aquino said.

He described his experience at the Senate as one where he charted his own path.

“I always say it’s like those books I read, you choose your own adventure…. Here in the Senate, you get to choose how many sessions you attend, how many reforms you push, you get to choose if you want to be a legislator or more of a fiscalizer,” he said.

Aquino then called on his colleagues to continue “choosing” what would be beneficial for the people.

“I hope with all my heart as I move on to my next adventure that our beloved Senate, our last bastion of democracy, will always, always make the collective choice for the benefit of our people – the last, the least, and the lost,” he said.

“I hope that every individual who is given the opportunity to join the ranks of the Senate has this in their hearts: that they have been entrusted with the hopes, dreams, and aspirations of our people.”

Aquino, a Liberal Party member, is part of the minority bloc in the Senate, serving as deputy minority leader.

He pushed for the passage of the law on free tuition in state colleges and universities, as well as the law providing free Wi-Fi in public places.

Aquino first won in 2013, but failed to secure another term in 2019. He ranked 14th in the midterm elections. – Rappler.com