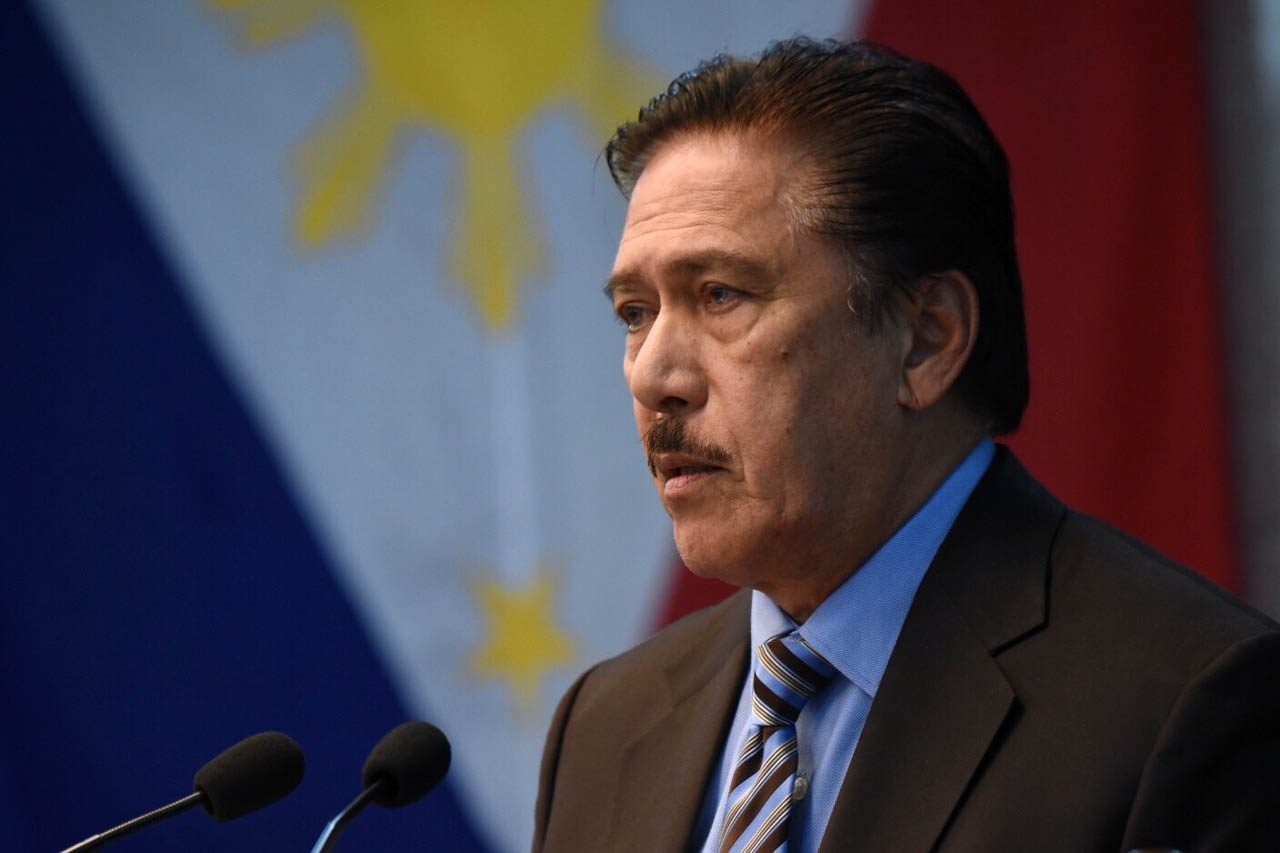 Facebook Twitter Copy URL
Copied
'We wish the coming Senate to carry on the task we are passing on to them. Let us remain cooperative but independent, balanced, transparent, and sincere,' says Senate President Vicente Sotto III

MANILA, Philippines – On the day the 17th Congress ended, Senate President Vicente Sotto III expressed hope that the next Senate would “remain cooperative but independent.”

Sotto said the chamber “sought to provide the legal framework for an independent and progressive Philippines in the span of 3 years” from 2016 to 2019.

“We wish the coming Senate to carry on the task we are passing on to them. Let us remain cooperative but independent, balanced, transparent, and sincere,” Sotto said in his closing speech on Tuesday, June 4.

The 17th Congress adjourned sine die on Tuesday. The 18th Congress will open on July 22, with the new set of senators who won in the 2019 polls.

Sotto said the Senate preserved the doctrine of separation of government powers.

He cited the case of opposition Senator Antonio Trillanes IV, who faced an arrest warrant following President Rodrigo Duterte’s revocation of his amnesty. Trillanes took refuge in the chamber for nearly a month.

“Late last year, in spite of a perceived preference of the prosecutorial service and the courts to serve a warrant of arrest on one of our members, we took the view that the same may not be served while the subject of said warrant was in our castle. We did not prejudge the case in favor of our colleague. We only meant to consider our premises as inviolable while in the discharge of its functions,” Sotto said.

He also said that the chamber insisted on due process when it came to legislative enactments.

He specifically mentioned the 2019 budget impasse, where senators opposed House amendments made after the bicameral conference committee had finalized the bill.

“In those two months of stalemate, we insisted on our position, and made known our stand when the budget was submitted to the Office of the President. Though we eventually signed, we made known our observations, and the executive department sustained our position,” Sotto said.

A Social Weather Stations (SWS) survey conducted in December 2018 and released in January 2019 showed that 71% of Filipinos are satisfied with the performance of the Senate while 13% are dissatisfied, for a “very good” +58 net rating.

“This has been the highest rating since August 2012, according to SWS,” he pointed out.

He then thanked each of his colleagues, saying that the high numbers “could not have been garnered without the dedication and focus” of the senators.

Of these, Sotto said 464 bills were signed into law. Among the landmark laws are:

Congress also approved the bill creating the Philippine Space Agency and the measure raising taxes on cigarettes and tobacco products, among others.

During the final session, outgoing senators also bade farewell to the Senate. Of the 6 senators leaving the chamber, only Trillanes did not deliver a speech, as he was not present. – Rappler.com