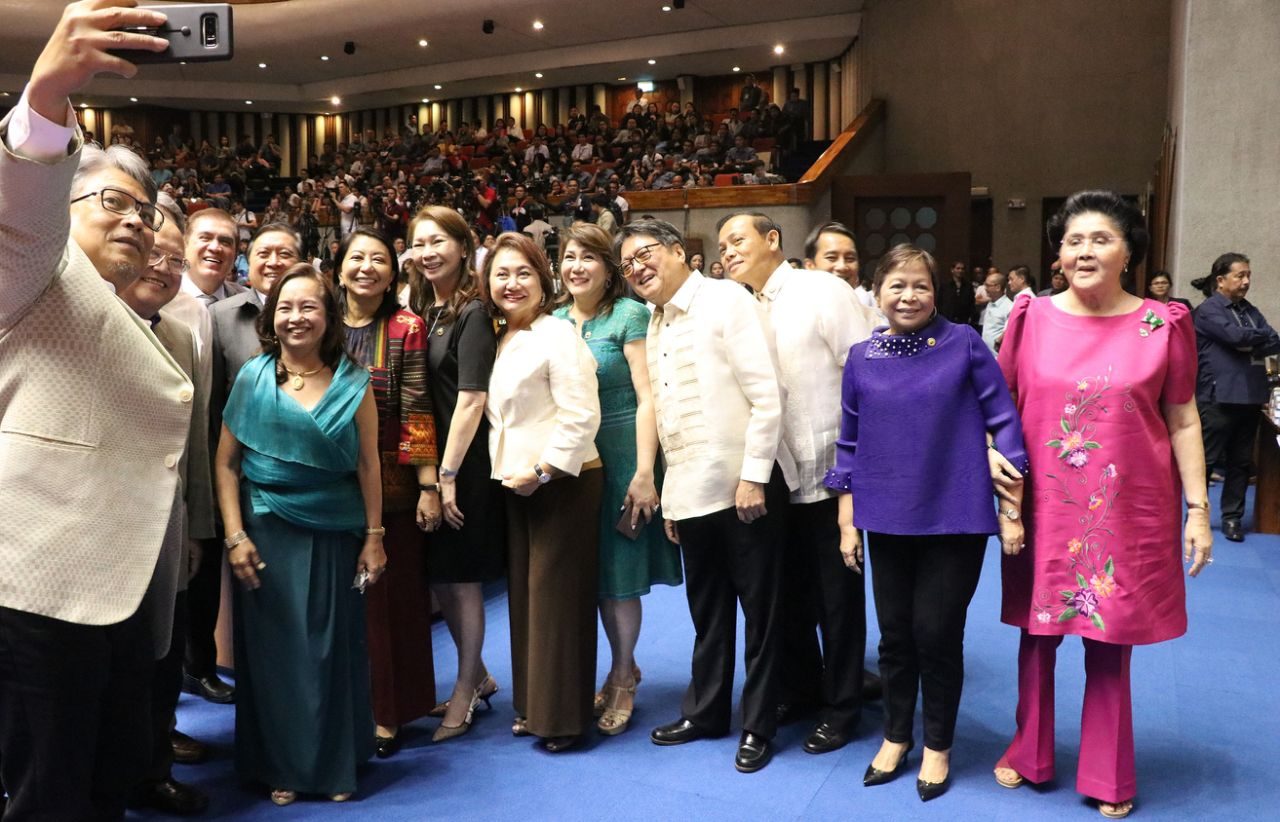 MANILA, Philippines – The outgoing lawmakers of the House of Representatives heaped praises on Speaker Gloria Macapagal Arroyo at the end of the 17th Congress on Tuesday, June 4.

Two of Arroyo’s allies in the House – Majority Leader Fredenil Castro and Minority Leader Danilo Suarez – filed House Resolution (HR) No. 2600 commending Arroyo for her “remarkable and efficient leadership” during the 3rd regular session of the 17th Congress. The plenary adopted it without any opposition.

Castro, who has been reelected as Capiz 2nd District representative, gave glowing remarks for the Speaker as he sponsored HR No. 2600 during the final plenary session on Tuesday evening.

“Speaker GMA is one of the most brilliant political and academic minds in recent Philippine history. The achievements of the House of Representatives under her leadership as Speaker of the House is a shared effort,” said Castro.

He described the former president turned Pampanga 2nd District congresswoman as a strict boss, yet generous in rewarding hard work.

“She would pound on a House member, official, or employee constantly to get updates on an assigned task. She pushes eveyone to their limits, often resulting [in] a self-realization that one can actually do larger-than-life tasks that the person never thought he was capable of accomplishing,” said Castro.

“She is strict and a real hard worker. But Speaker GMA is fair. She is well-loved not only for being a motivating and at times challenging mentor, but also for being generous when it comes to compensating work given,” he added. 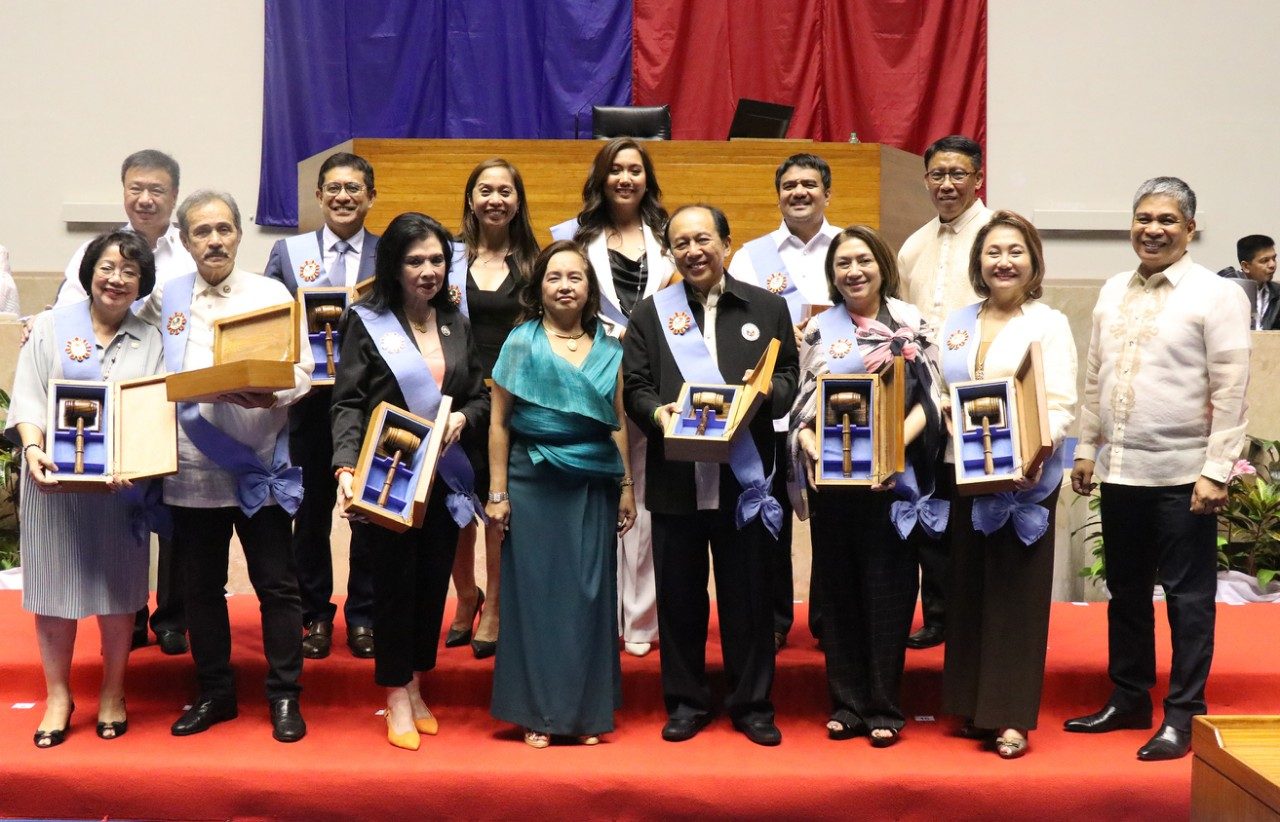 Suarez also credited Arroyo for the House’s passage of all legislative measures that President Rodrigo Duterte prioritized during his 2018 State of the Nation Address.  (READ: Until the end, Suarez maintains House minority ‘constructive’ in 17th Congress)

“I would like to thank our venerable Speaker, honorable Gloria Macapagal Arroyo, for her dedication and competence in leading the members of Congress towards the achievement of the priority legislative measures of this administration. I said that at the start of her term as Speaker – that she is exemplary and a hardworking leader since she served as president of the Republic,” said Suarez, who won as Quezon governor in the midterm elections.

Arroyo’s one-year leadership in the House was rocky from the beginning, following the controversial coup that unseated Davao del Norte 1st District Representative Pantaleon Alvarez as Speaker on July 23, 2018, and replaced him with Arroyo.

While Arroyo did succeed in shepherding Duterte’s pet measures in the House, she received flak for the passage of the draft federal constitution and the months-long deadlock between the House and the Senate that delayed the passage of the 2019 budget. (READ: Gloria Macapagal Arroyo, the Speaker: A missed chance for redemption?)

The Speaker seemed unfazed, however, as she gave her final marching orders to legislators in her farewell speech. Many lawmakers approached her at the end of the speech to take pictures with her. 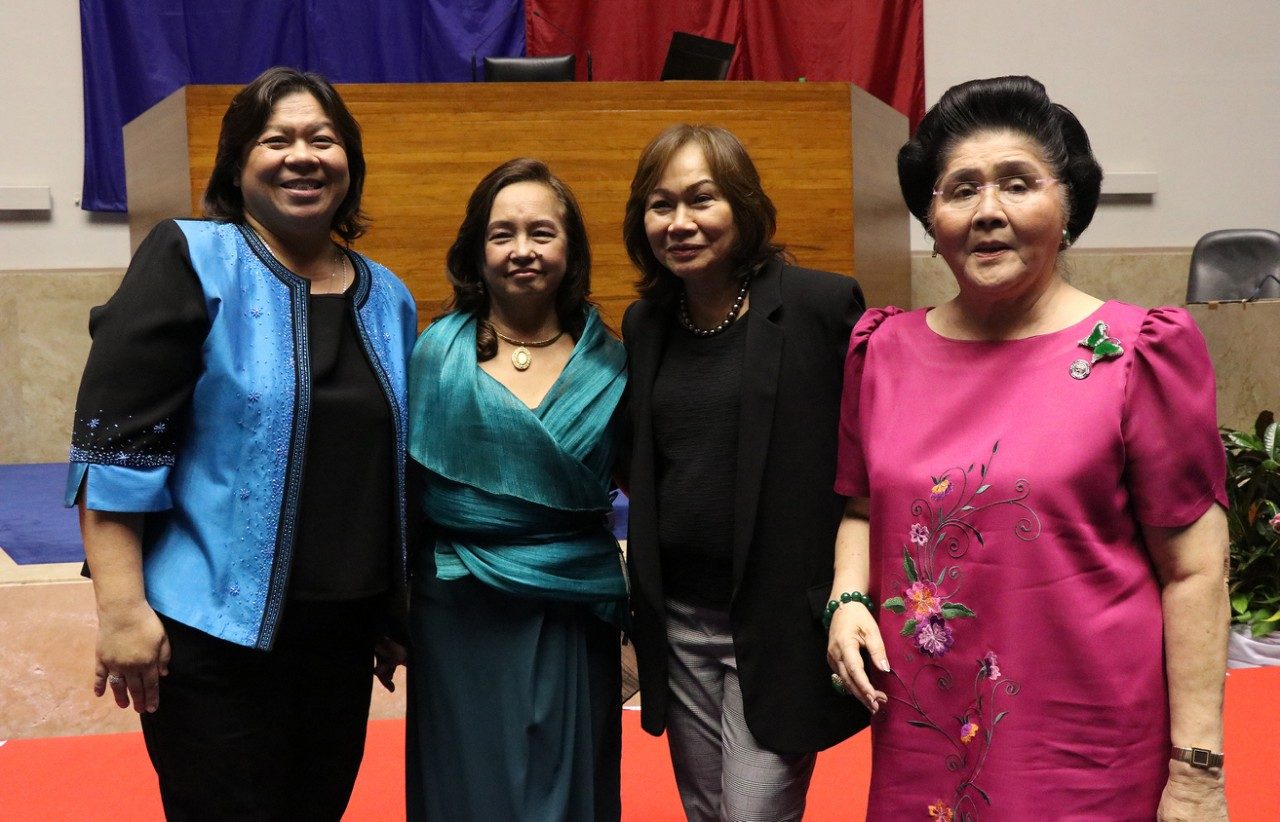 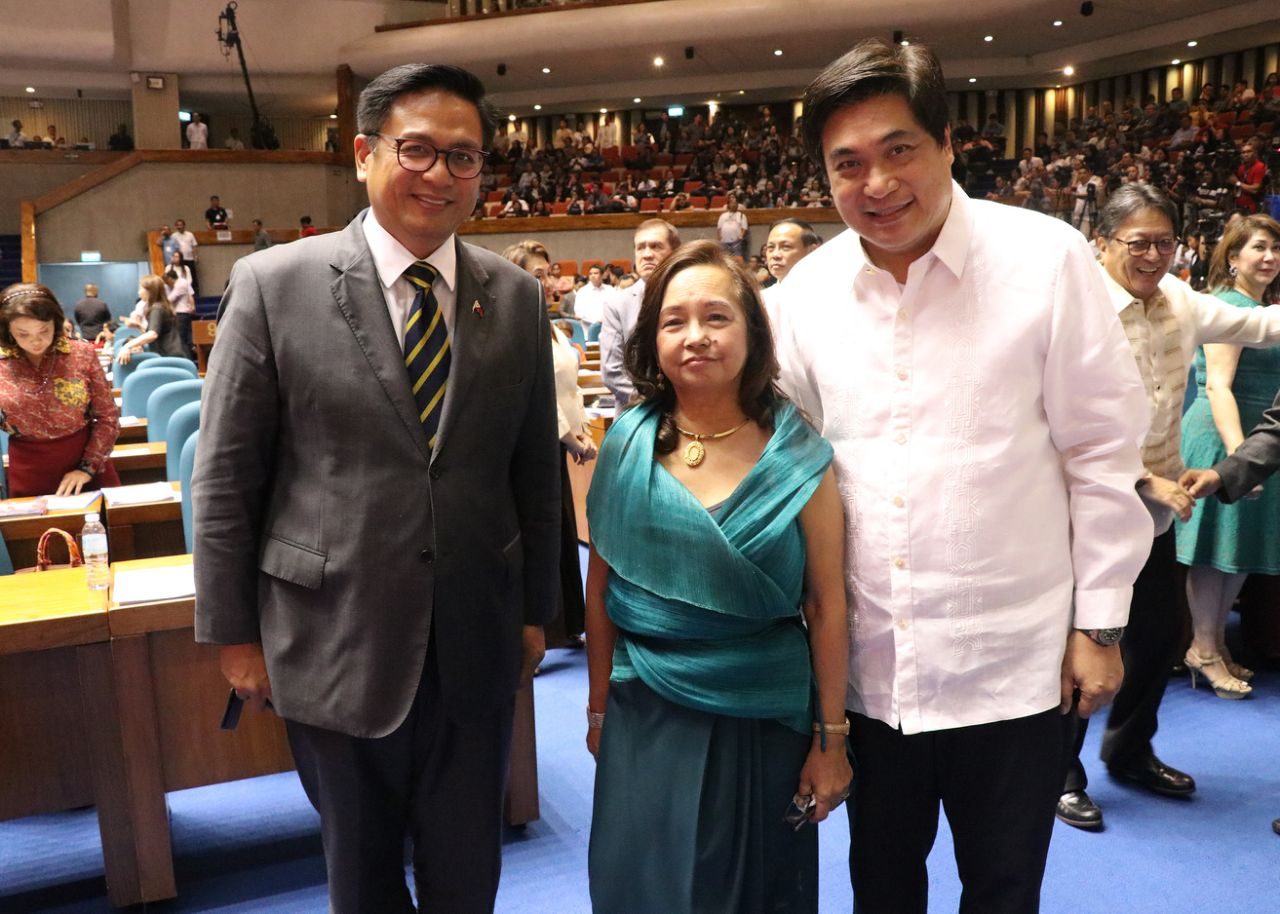 On Tuesday evening, the final plenary session was followed by a program paying tribute to all the “graduating” members of the House.

They were called onstage to receive a certificate of recognition, a yearbook of the 17th Congress entitled “House of the People: Cornerstone of the Nation,” a flash drive containing all laws, resolutions, journals, and records of the House under the 17th Congress, and a legislative record for those who served in the past 3 Congresses. 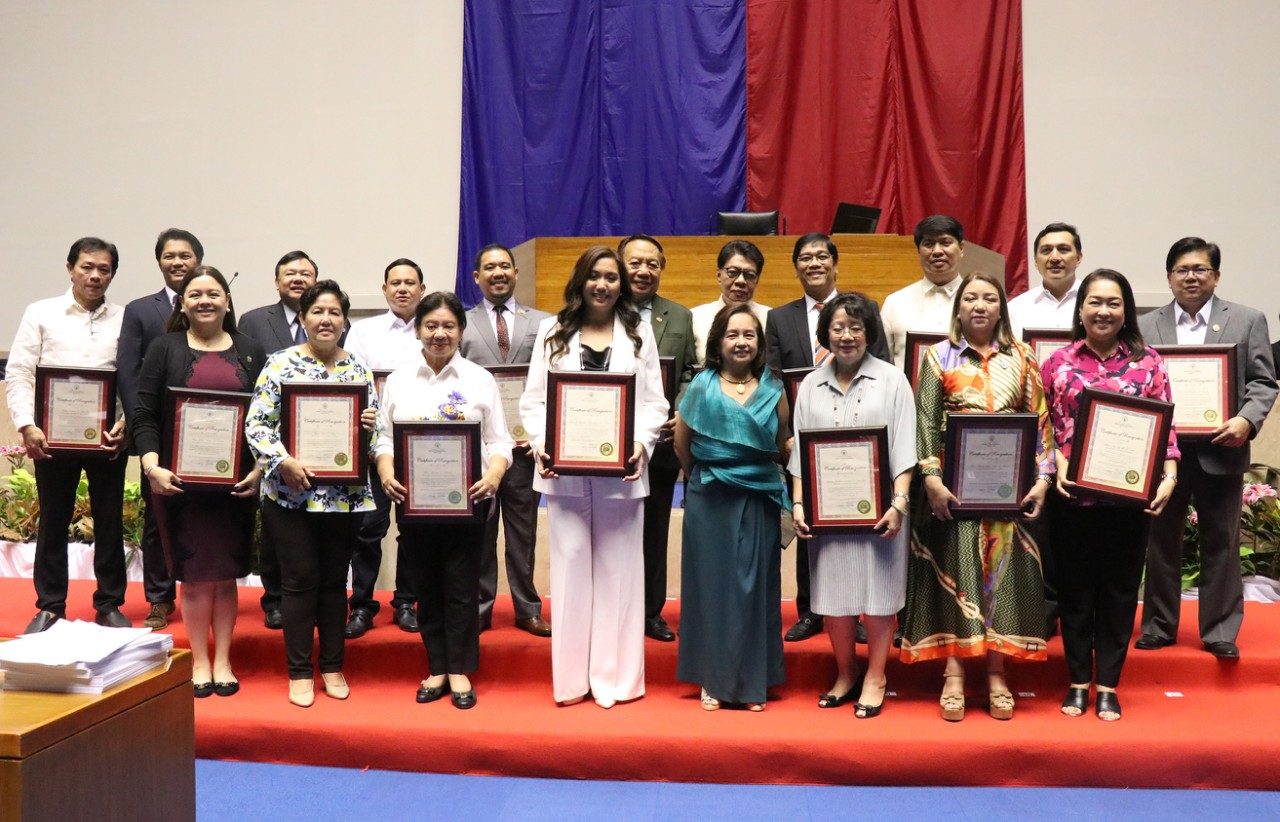 Castro, Suarez, and the 14 deputy speakers also received a congressional sash and a replica of the House gavel.

As for Arroyo, the outgoing Speaker received her own congressional sash, replicas of the House gavel and mace, and a portrait of her as leader of the House. – Rappler.com