Kaka Bag-ao: Poverty, inequality are the ‘enemies’ in Dinagat Islands 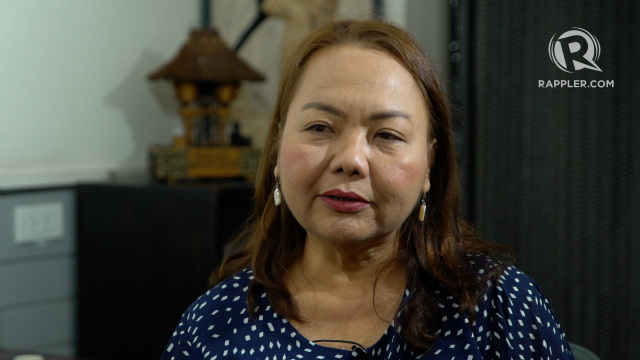 MANILA, Philippines – Governor-elect Kaka Bag-ao’s “fight” in the Dinagat Islands is more than just to challenge the powerful Ecleo family, but also to address the perennial problems of residents of the province.

“Iyong laban ko sa Dinagat (My fight in Dinagat) is not simply against Ecleo,” Bag-ao told Rappler editor-at-large Marites Vitug in an interview.

Bag-ao, dubbed a “dragon slayer,” won the 2019 gubernatorial race against Benglen Ecleo, whose family has had a strong hold on power in the province starting with the late Ruben Ecleo Sr who entered the political scene in the 1960s.

The elder Ecleo – and eventually his family also – banked on his influence as leader of the Philippine Benevolent Missionaries Association. (READ: Dinagat: The hands that heal hold power)

The 2019 elections was the second time Bag-ao defeated a member of the influential clan. In 2013, she won the congressional seat against Gwendolyn Ecleo, Benglen’s sister.

Bag-ao sees her incoming role as governor as a chance to finally focus on implementing programs that will help alleviate “hardcore issues,” including poverty and malnutrition.

Located in the Caraga region, Dinagat Islands has a population of 127,152 people across 7 municipalities. It is one of the poorest provinces in the Philippines, with 36.7% poverty incidence as of the 1st quarter of 2019.

Bag-ao was first elected as Dinagat Islands representative in 2013. She previously served as Akbayan representative in 2010. Prior to entering Congress, she did grassroots work with farmers, women, the poor, and labor groups as a lawyer. (READ: Dinagat: Kaka cracks glass ceiling)

In her work with the community and eventually as a legislator, Bag-ao said she realized how it is important for people to be part of the process when crafting development plans and projects.

“Letting the people understand why they have to make the decision with you is very fundamental,” she said.

Pursuing development for the province, however, is a job not only for the governor. It also lies in the hands of the congressional representative who, according to Bag-ao, “will be the voice outside the islands.”

This may prove challenging for the local government as the newly-elected representative is Alan Ecleo, the brother of the two people Bag-ao defeated in previous elections.

“We expect that the congressman-elect understands the requirements to pursue the development initiatives in Dinagat Islands,” Bag-ao said.

“Kung gusto nila akong i-eliminate para hindi ako nakakagulo sa kanila, medyo mahihirapan sila roon (If they want to eliminate me so I won’t interfere with them, they will have a hard time doing so).” – Rappler.com