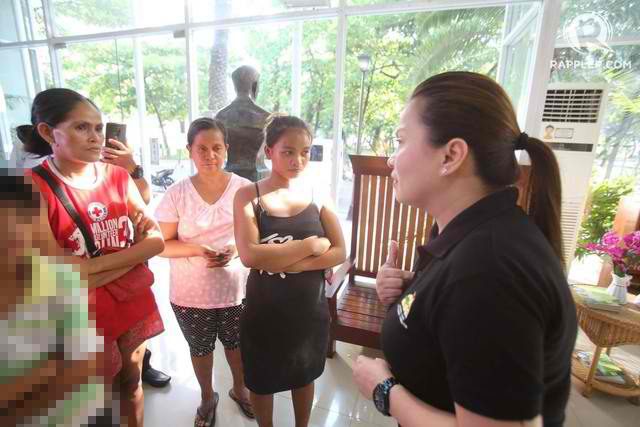 In a series of live video posted on Sunday, June 9, NPDC Executive Director Penelope Belmonte was seen confronting the vendors after CCTV footage showed them transacting with 3 men.

The photos we shared on social media 3 days before the Philippines’ observance of Independence Day on June 12, and apparently played on the strong public sentiment against President Rodrigo Duterte’s accommodation of Chinese interests.

Surveys have shown China to be among the least trusted countries by Filipinos.

According to vendors whom Belmonte talked to, a man offered them P100 to act as if they are selling Chinese flags.

(A man approached us and asked us to just pretend, for their child’s project. [They told us] “We’ll give you money to buy snacks.”)

Belmonte condemned the act, saying the men disrespected national symbols of the country.

The vendors were turned over to the local police for questioning as the NPDC promised to catch the people behind the “set-up.”

In July 2018, controversy erupted when photos spread on social media of banners that read, “Welcome to the Philippines, province of China” appearing at various footbridges in Metro Manila.

The operation was done in time for the second anniversary of Manila’s legal victory against Beijing at The Hague over the South China Sea.

Then-presidential spokesperson Harry Roque attributing the work to the “enemies of the government.” – Jodesz Gavilan/Rappler.com