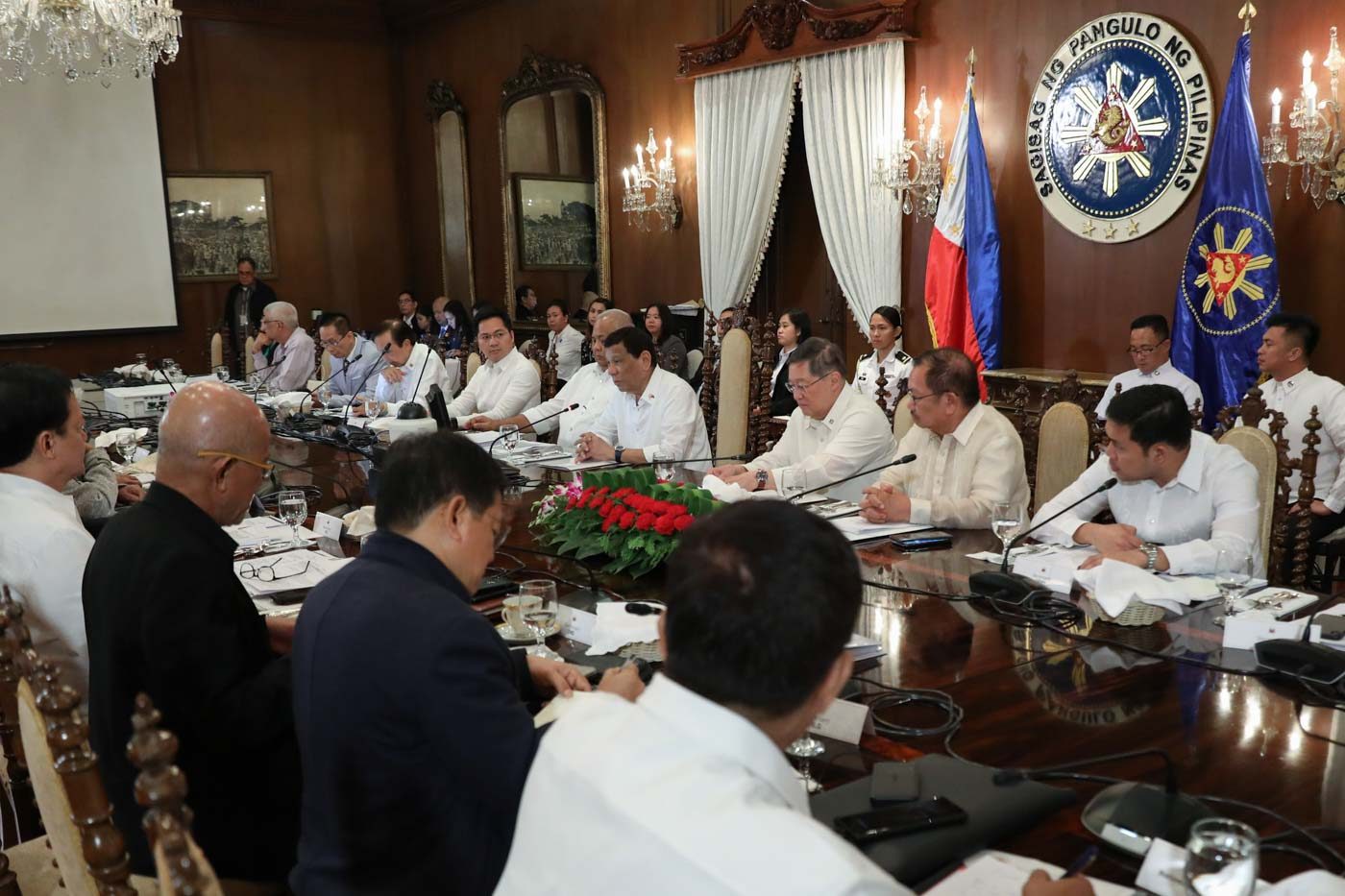 Facebook Twitter Copy URL
Copied
The rise in illegal foreign workers in the Philippines is discussed at the Cabinet meeting on Monday, June 10

MANILA, Philippines – Amid concerns of a rise in foreigners working illegally in the country, members of the Duterte Cabinet are seeking a new government regulation that will impose more requirements on foreign workers.

Malacañang said on Tuesday, June 11, that a joint memorandum circular is being sought that would require foreign nationals to first secure an alien employment permit, a working visa, and a tax identification number (TIN) before they can work in the Philippines.

The new regulation is intended to “harmonize policy guidelines for foreign nationals intending to work in the Philippines,” said Presidential Spokesperson Salvador Panelo.

The suggested requirements are supposed to guard against a loophole in the existing system for foreign workers in which they enter the country as tourists but get a special working permit that allows them to work here for less than 6 months.

With the proposed rule, foreigners need to secure a working visa from their countries of origin aside from the special working permit.

Requiring foreign workers to get a TIN may also solve the issue of lost revenue from Philippine Online Gambling Operations (POGO) employees, many of whom are Chinese.

While the number of workers remains unknown, the BIR has said they “do not have the data” on whether the operators are withholding taxes from their employees.

Labor Secretary Silvestre Bello III had spoken of the proposed joint memorandum circular back in March. He had said then that the issuance would be ready by the end of that month.

During the Cabinet meeting, he and labor department Director Nikki Tutay reported that Chinese, Japanese, and Koreans account for the top foreign workers in the Philippines.

Most of them work in the sectors or industries of “administrative support, offshore gaming operations, and business process outsourcing,” said Panelo.

The Department of Labor and Employment issued 169,893 alien working permits from 2015 to 2018, half of which went to Chinese nationals. – Rappler.com